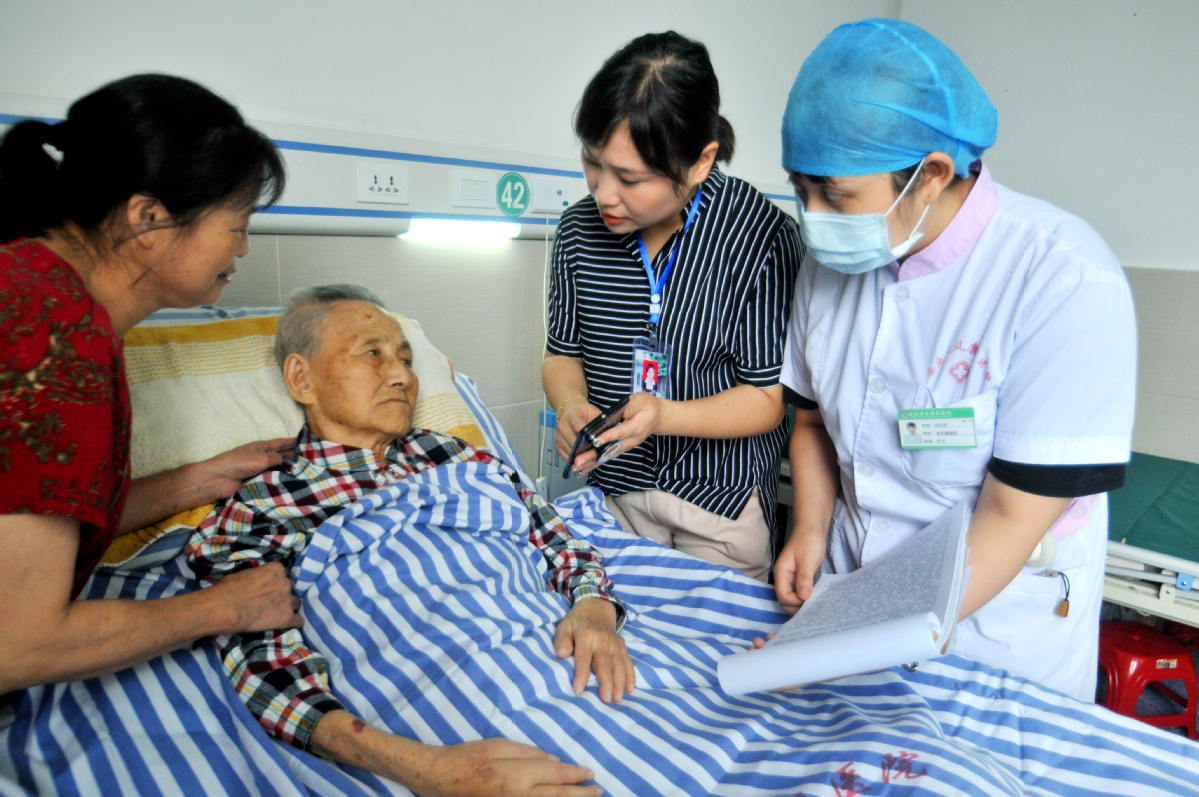 With the number of aging Chinese people rising and incomes growing, China's healthcare industry is set to receive a boost during the 14th Five-Year Plan period (2021-25), a senior Chinese economist said.

But, restrictive factors, including slowing income growth and the wealth gap, pose challenges to the healthy development of the industry, said Cao Yuanzheng, chairman of BOCI Research Limited.

"The market potential of China's healthcare sector is huge due to large aging population, and people's growing incomes are turning such potential into actual market demand … however, sustained growth of people's incomes, especially that of the low-and lower-middle-income groups, is key to the industry's smooth development," he said.

Cao made the remarks at a forum on the healthcare industry's investment and financing held in November in Beijing. The event was organized jointly by Health News and BOCI Research.

China is the world's most populous country. The population's slow rise is projected to peak around 2025. As the Chinese society is aging, huge demand for healthcare services is likely as incidence rates of various diseases related to old age are expected to rise, he said.

About 80 percent of a person's lifetime medical expenditure is spent during the last two years of life, according to insurance industry data, he said. At the end of 2019, 12.6 percent of the Chinese population were aged 65 and above, while globally, the share of the population aged 65 years or over was 9 percent last year.

Chinese people's average life span has also been increasing, which will ignite demand for new types of healthcare services, he said.

According to market research by Shenzhen-based AskCI Consulting, China's healthcare market scale is estimated to reach 8.7 trillion yuan ($1.33 trillion) by the end of this year.

However, Cao said sustained income growth, especially that of the low-and lower-middle-income groups, is key for the healthy development of China's health industry.

Fast and consistent income growth has shored up China's services sector over the past years, with healthcare expenditure growing very fast to take a bigger share in household expenditures, data from Wind showed.

BOCI Research estimated China's GDP will grow by 2 to 2.5 percent this year due to the economic impact of COVID-19, Cao said, adding the income growth rate, especially that of the low-and lower-middle-income groups, is a very important indicator for the prospects of the healthcare industry, especially as income growth will help expand market demand.

Chinese people's incomes have increased exponentially over the past 40 years, but the income growth of the low-and lower-middle-income groups mostly relies on earnings related to job opportunities during industrialization and urbanization.

The wealth gap has narrowed in the past decades, but the Gini coefficient was often above 0.4, a relatively high level in the world, according to him. Gini coefficient is defined as a measure of statistical dispersion intended to represent the income or wealth distribution of a nation's residents, and is the most commonly used measurement of inequality.

As China's current urbanization rate is about 61 percent, lagging behind the 75 to 80 percent in developed countries, the income growth potential is huge, yet about one-third of China's city dwellers are migrant workers, who work in cities but spend a limited amount of their income there, he said.

He suggested increasing migrant workers' disposable incomes through measures such as new urbanization and reform of the rural land system, to further tap their spending power.