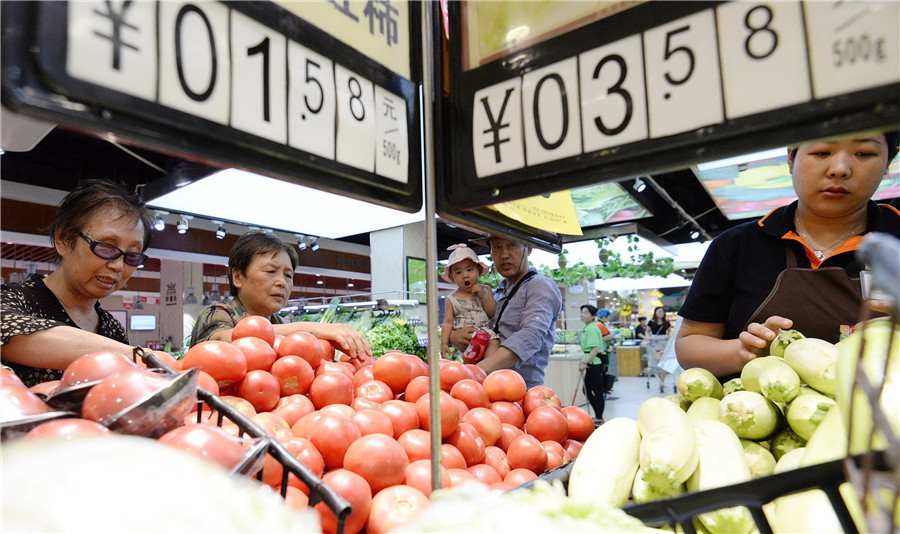 The supply of agricultural goods during the New Year's and Spring Festival holidays will be sufficient in China as the country's farm sector has weathered the effects of the COVID-19 pandemic and is expected to remain stable next year, the Ministry of Agriculture and Rural Affairs said on Thursday.

Prices for farm products are likely to trend upward due to increasing demand and higher logistics costs during the traditional festivals, but the likelihood of a spike in prices is low, Tang Ke, head of the ministry's Department of Market and Informatization, said at a news conference.

"Both urban and rural residents do not need to worry about shortages of a variety of agricultural goods," he said, adding that sustained attention will be paid to preparing for the possible effects of adverse weather conditions and the ongoing pandemic.

Grain production, a closely watched barometer due to its fundamental significance in ensuring national food security, has registered robust growth this year, according to Chen Youquan, an official in the ministry's Department of Crop Production.

The total area planted in grain reached 116.8 million hectares in 2020, up by 704,000 hectares from last year and reversing a four-year streak of decline, Chen said.

He added that the per capita supply of grain stood at about 480 kilograms, passing the global food security standard of 400 kg.

In response to customers' concerns about a recent increase in pork prices, officials said that the price rise is temporary and overall pork supplies in January and February will significantly increase compared with the same period this year.

Both increases signaled strong recovery from the African swine fever cases that first arose in August 2018 in China, the ministry said.

"Buoyed by surging demand, pork prices are likely to rise slightly before Spring Festival in mid-February, and then drop to normal levels and gradually stabilize," Tang said.

As pig production capacity gradually improves, demand for soybeans, a crucial ingredient in making pig feed, is on the rise.

In addition, 92.8 million tons of soybeans were imported from overseas from January to November, which were dedicated to producing cooking oil and pig feed, he added.

"Unmet needs in pig feeds are bound to be resolved by adjusting output from both the domestic and global market," he said.