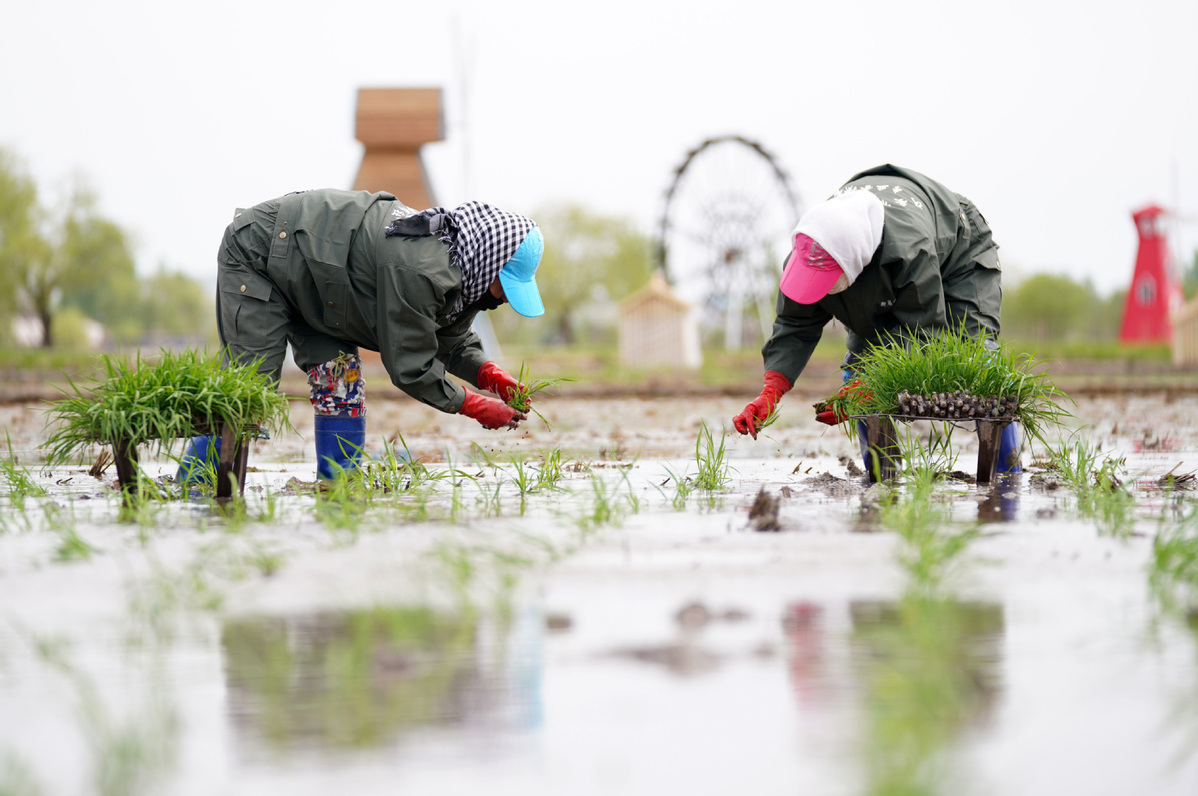 The agricultural economic situation saw a favorable condition in July with early rice production expected to increase, the Ministry of Agriculture and Rural Affairs revealed Tuesday.

According to a notification released by the ministry's Development and Planning Department, the early rice harvest around the country has basically ended and production growth is expected due to the expansion of the rice fields this year.

Despite flooding that hit many regions across the country, the notification said autumn grain growth remains in good condition and the flooding will hardly negatively influence production.

The hog industry was stable in July, according to the notification. The country's stock of breeding sows rose for the 10th consecutive month in July, up 4 percent from June, and pig stocks went up for the sixth consecutive month, by 4.8 percent month-on-month, the ministry reported.

The production of other agricultural products, including vegetables, fruit, beef, poultry and aquatic products, all witnessed steady growth.

Due to the challenges from the global COVID-19 pandemic and domestic natural calamities, as well as threats from pests' diseases, the ministry said close attention should be paid to the production of agricultural products.

The ministry said it will release information alerts in advance and minimize any possible impact on the agricultural economy.