A global spotlight was shone on the coastal city of Qingdao, East China's Shandong Province, on Saturday and Sunday as the city hosted the 18th summit of the Shanghai Cooperation Organization (SCO).

A woman poses with a security robot that patrols the media center for the 18th summit of the Shanghai Cooperation Organization (SCO) in Qingdao, Shandong Province. (Photos: Global Times)

This year, the SCO summit saw India and Pakistan participate as full members for the first time ever. Many experts have stated that this carries special significance and could kick off a new chapter for international ties. The two countries were accepted into SCO as full members last year at the Astana summit in Kazakhstan.

Leaders of the eight full SCO members as well as observer states and heads of international organizations gathered in Qingdao for the summit.

To provide better services, organizers have turned to smart technology, such as storage lockers that use facial recognition.

According to reports from Chinese media, several types of robots have been mobilized in the media center which hosts journalists, including security robots that patrol the center, robots that can carry goods for guests as well as guide robots that can speak Chinese, English and Russian.

The security robots are able to conduct 24-hour real-time monitoring by transmitting in real time everything they see to a monitoring center.

According to news portal chinanews.com, all the smart robots at the summit were made in Qingdao, which is a demonstration area for the country's "Made in China 2025" program. Currently six of the world's top 10 robot companies have moved to Qingdao. 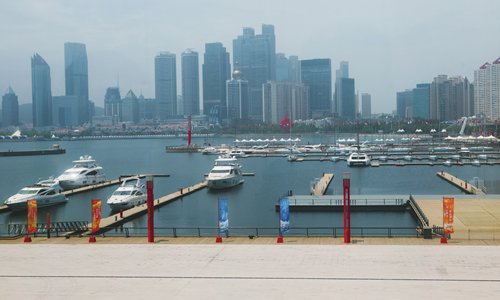 A dock outside the main SCO summit building 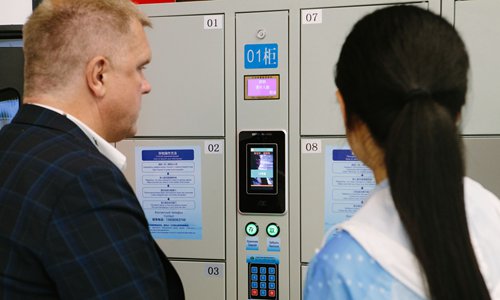 A volunteer (right) shows a man how to use a smart locker's facial recognition at the SCO summit. 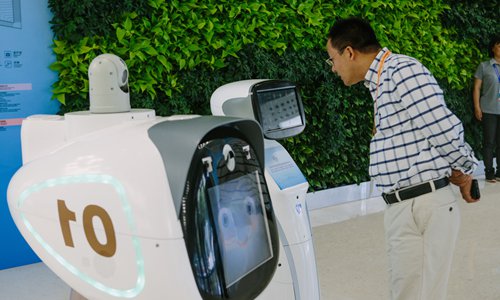 A man peers at a smart robot that can understand Chinese, English and Russian.

An Indian journalist takes a selfie with Chinese honor guards.