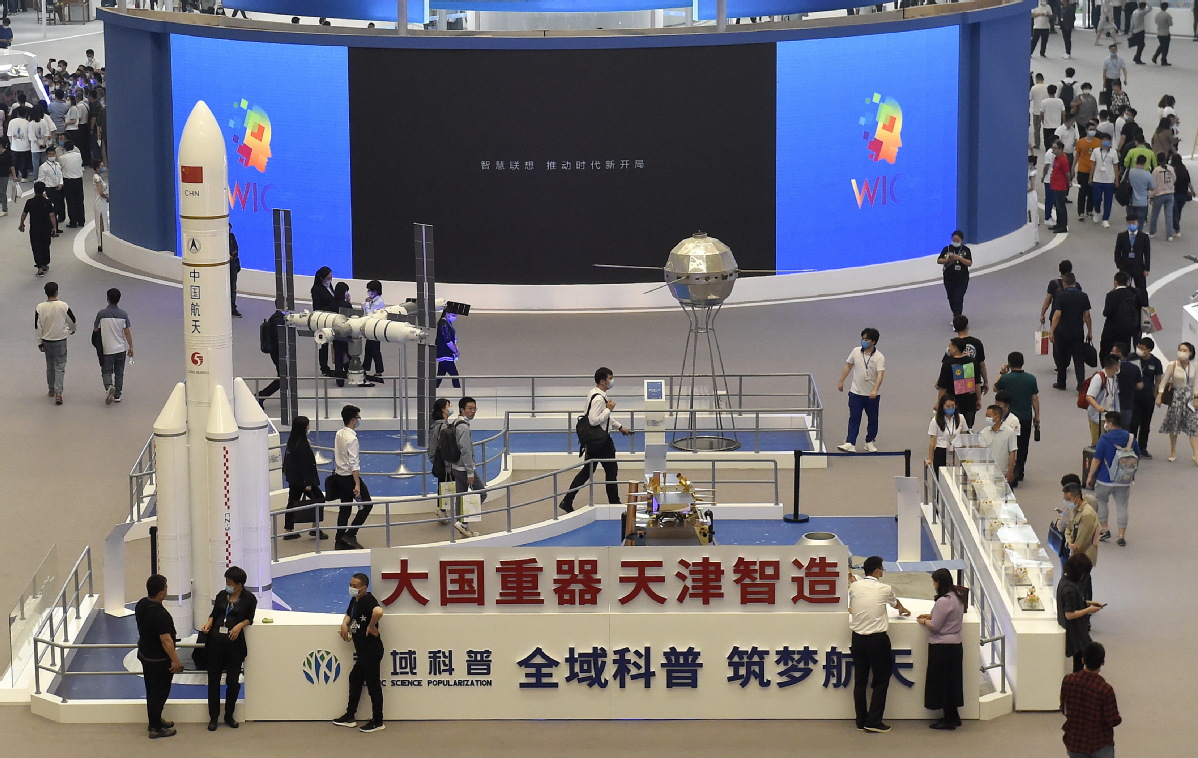 China will enter a new era with the further development of artificial intelligence technologies and blossoming industrial applications, said an industry insider on Thursday.

"AI will first play a key role in helping industries to achieve intelligent production and enable green and low-carbon development to occur faster," said Wang Yu, research fellow at the College of Intelligence and Computing at Tianjin University.

Wang said this development is especially important as China strives to peak carbon emissions by 2030 and achieve carbon neutrality by 2060, and it will take the country a much shorter time to achieve neutrality compared to developed countries.

"Based on historical data and real-time data monitoring, AI can do short-term and long-term forecasts, such as wind speed, to predict power generation of new energy, thus effectively reducing the generation of thermal power and of course reducing carbon emissions," he said.

Wang made the remarks at the latest Vision China event held by China Daily and the Information Office of Tianjin Municipal People's Government on Thursday. The event was themed: "New Era of Intelligence: Empowering New Development, Fostering New Pattern".

According to a report by global market research firm International Data Corp, China will become a major driver for global AI development and account for 15.6 percent of the market by 2024.

Over the next three years, sales revenue from the country's AI sector will maintain a compound annual growth rate of 30.4 percent to reach $17.22 billion by 2024, the report said.

"With the continuous development of industrial applications and the growth of leading enterprises, artificial intelligence will form a more innovative industrial cluster,"Wang said.

Cloud Account, a leading enterprise for flexible employment management in Tianjin, has been helping users, including taxi drivers.

"Through such intelligent technology services, sharing economy platforms and practitioners gather to form an AI industry cluster, which can further accelerate the overall AI industry," he added.

Another report by CCID Research Institute, a think tank under the Ministry of Industry and Information Technology, said China had 206 AI unicorn companies by the end of last year, the world's highest number.

Chinese AI companies raised $40 billion from 2015 to the beginning of last year, which ranked the second in the world and accounted for 22 percent of total global market share, the report added.

However, Wang pointed out that although AI systems can help humans complete many tasks, it has not yet reached the level of human intelligence.

"The current AI system is good at learning knowledge in a closed and fixed environment. If AI encounters a question that it is not familiar with, it will choose the most likely answer from its current knowledge base and give a wrong answer," he said.