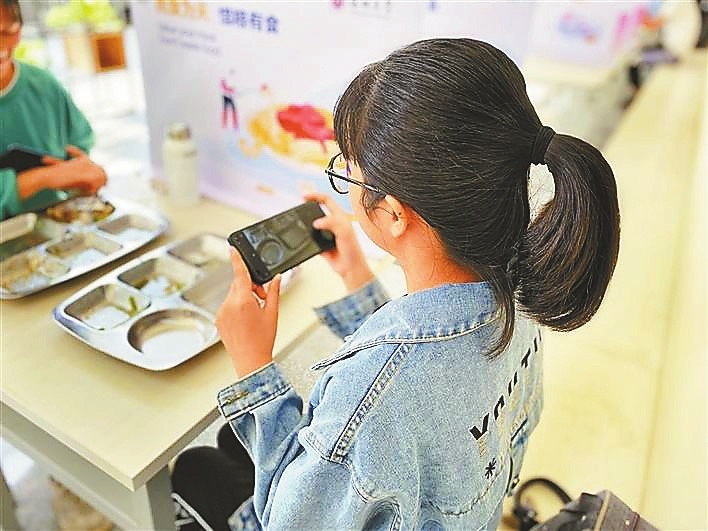 A WAVE of taking pictures of an empty plate is on the rise in the canteens at Shenzhen University (SZU), a report by Shenzhen Economic Daily showed.

According to the Daily, Tencent is now working with SZU to introduce AI technology to a campaign on a WeChat miniprogram to promote “clear your plate.” The campaign is aimed at curbing food waste and promoting the tradition of thrift among students.

After finishing a meal, students can upload the photo of their plates to the miniprogram. Once their photos are identified by the system powered by artificial intelligence (AI) as qualified for the status of “empty plate,” students can get coupons as a reward.

SZU has been running the “clear your plate” campaign since last semester.

A total of 20,000 students at SZU participated in the second phase of the campaign Monday and Tuesday, according to the report.

Li Xin, deputy director of Tencent’s campus product, said that it takes only 40 milliseconds for the system to detect food remaining on plates. The system is powered by technologies including deep-learning AI technology, automatic data enhancement, transfer learning and knowledge distillation.

According to staff with SZU’s canteen, they only need one household garbage bin at the food waste collection point after AI technology being applied in the campaign. The volume of food waste has dropped sharply, which has increased their working efficiency.

“By using AI technology to promote the ‘clear your plate’ campaign, our university can have a better understanding of students’ participation in the campaign so as to conduct a rewarding system for keeping students involved on the campaign,” said Xu Xiaoling, deputy director of SZU’s student department.

The service has also been used in other universities in China, including Shanghai Jiaotong University, China Academy of Art in Zhejiang Province and Jishou University in Hunan Province, attracting over 100,000 students so far, according to the report.

In another development, Longhorn Technology Group requires all its employees to take turns washing chopsticks and dishes after finishing meals in the company’s canteen. The move is taken to stop food waste.

Longhorn started the “clear your plate” campaign to reduce food waste six to seven years ago. More than 1,000 employees and their families eat at the company’s canteen and they produced only 45 kilograms of lunch waste a day, less than 45 grams per person, according to data in 2018.

In addition, the company arranges staff to supervise at food waste collection point to urge people to empty their plates. Punishments are set for those that break related rules.