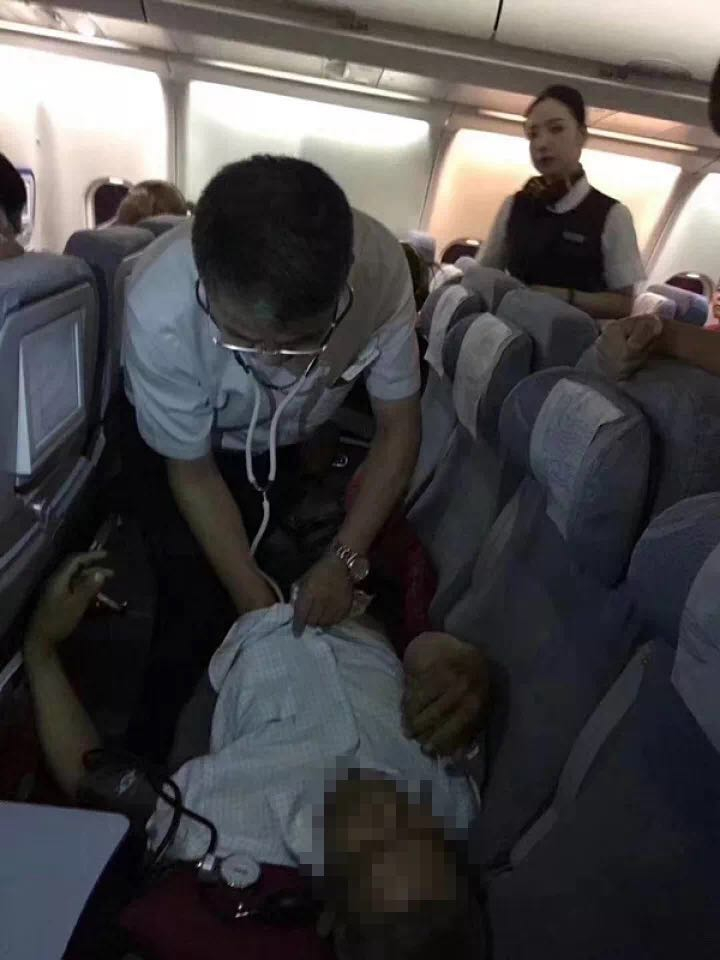 Fortunately, a group of doctors aboard the plane stepped in to help Pan, assisted by the cabin crew members.

Lu Zhongqiu, vice president of the First Affiliated Hospital of Wenzhou Medical University, examined the passenger, who reportedly had no pulse and was no longer breathing.

Images shared on social media show Lu with a stethoscope checking the heartbeats of Pan, who was also having his blood pressure monitored by a sphygmomanometer.

The doctor proceeded to carry out external chest compression and cardiopulmonary resuscitation, eventually bringing Pan back to consciousness. However, the old man was still in critical condition and his heartbeat remained weak.Fearing the passenger might suffer another heart attack, the pilot decided to return to Beijing airport, especially that the flight would take another two and a half hours to reach its destination.

Medical staff and an ambulance were waiting for the plane to land at the airport, and Pan was immediately sent to a nearby hospital for further examination.

The man was discharged on Sunday, and expressed gratitude to the doctors, flight attendants and passengers who saved his life. He also thanked them from making the wise decision to reverse the course of the plane.

Lu told Qianjiang Evening News that had it not been for the teamwork aboard the plane, Pan would not have lived to tell the story.

"The prime time for conducting cardiopulmonary resuscitation is within the three to five minutes (after the onset of the heart attack). With each single minute, the chance of successfully rescuing the patient will drop by seven to ten percent," said Lu.