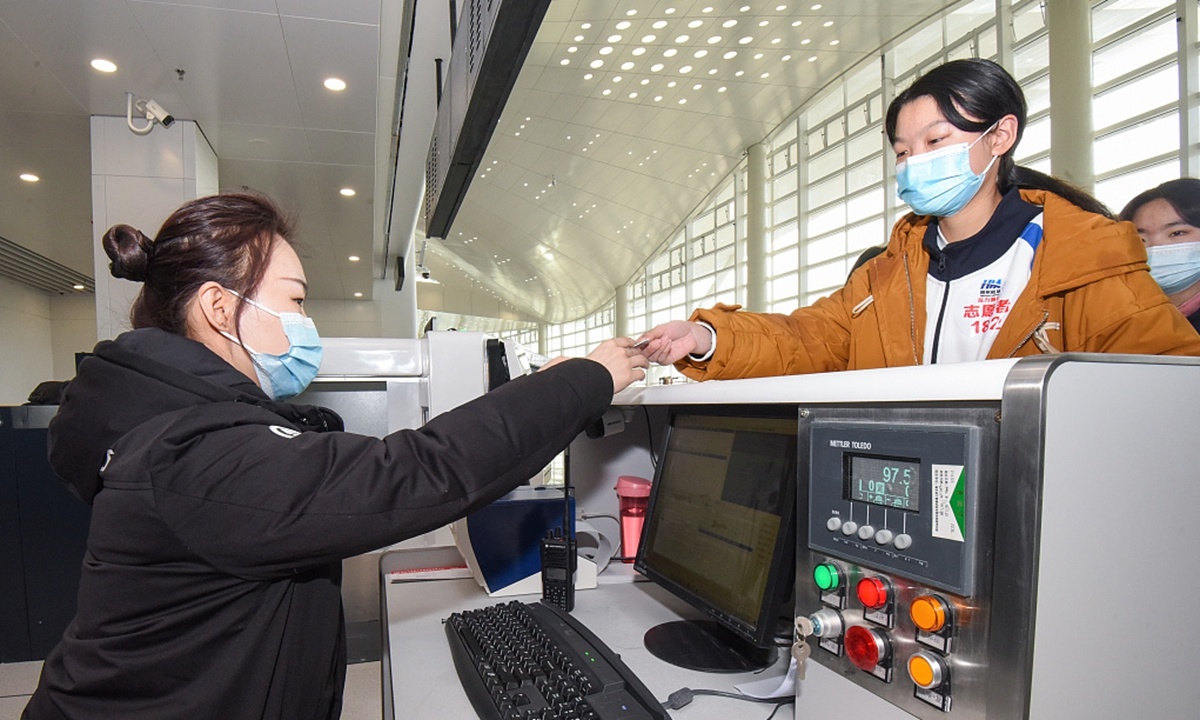 Unlike previous Spring Festival travel rush periods, this year's travel season (January 28-March 8) will see much less cross-provincial and cross-city travel, with airfares and hotel prices in many tourist cities plunging after many parts of China issued notices urging people to stay in their working cities for the incoming Chinese New Year amid the epidemic.

The Global Times learnt from several of China's main travel platforms that the number of inquiries for long-distance domestic travel has dropped significantly, and some air tickets and hotel prices have also been greatly discounted.

One of the large online travel platforms, Qunar.com, told the Global Times on Monday that ticket prices for flights such as those from Beijing to Sanya, Harbin and other popular tourist destinations have plummeted, with the starting price of some routes seeing discounts of up to 90 percent.

For example, the lowest price of a business-class flight from Beijing to Sanya, South China's Hainan Province, on the day before the Spring Festival holiday (February 11-17) is only 610 yuan, 83 percent off the full price. Tickets for the Beijing-Sanya route would have been snapped up early in normal years.

Feng Ruobin, deputy manager of marketing group Aoyou.com under China's CYTS Tours Holding Co, told the Global Times on Monday that air ticket prices sold on the platform for the Spring Festival holidays have dwindled to about 70 to 80 percent compared with December, with many air carriers still launching promotions.

He noted that the strict anti-epidemic measures, such as quarantine times and requirements for nucleic acid testing reports, have cooled demand for travel, but such measures are necessary for travel safety.

In contrast, leisure tours inside and around the city are selling well, and this year's Spring Festival market is shifting from long-distance to local travel, according to the travel platforms.

Liu Han, vice president of Qunar.com, said that more people are deciding to celebrate this Spring Festival in their working cities, with local travel becoming the most popular products.

According to a document sent by another travel platform, ctrip.com, on Monday, the trend of staying put for the Chinese New Year has increased fast and searches for local travel accounted for more than 40 percent of the overall search volume.

According to data from ctrip.com, more than 80 percent of users are preferring to travel locally.

Celebrating the Chinese New Year in local hotels has also become a popular choice. According to data by ctrip, orders for high-star hotels accounted for 66.8 percent of the number of hotel orders for Spring Festival.