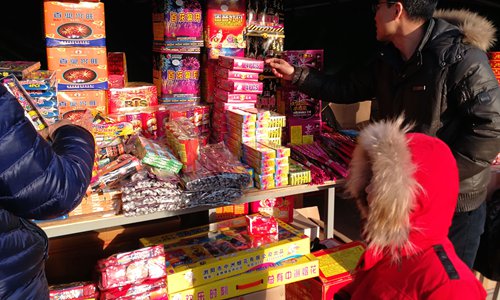 China is the world's largest producer, consumer and exporter of fireworks and firecrackers. But the whole domestic industry has been struggling prior to the Spring Festival holidays - a traditional sales peak period - after local regulators imposed a ban on the selling, transportation and lighting of such explosives. The Global Times recently spoke with several factory owners to discuss how the ban has potentially affected their domestic sales and export volumes.