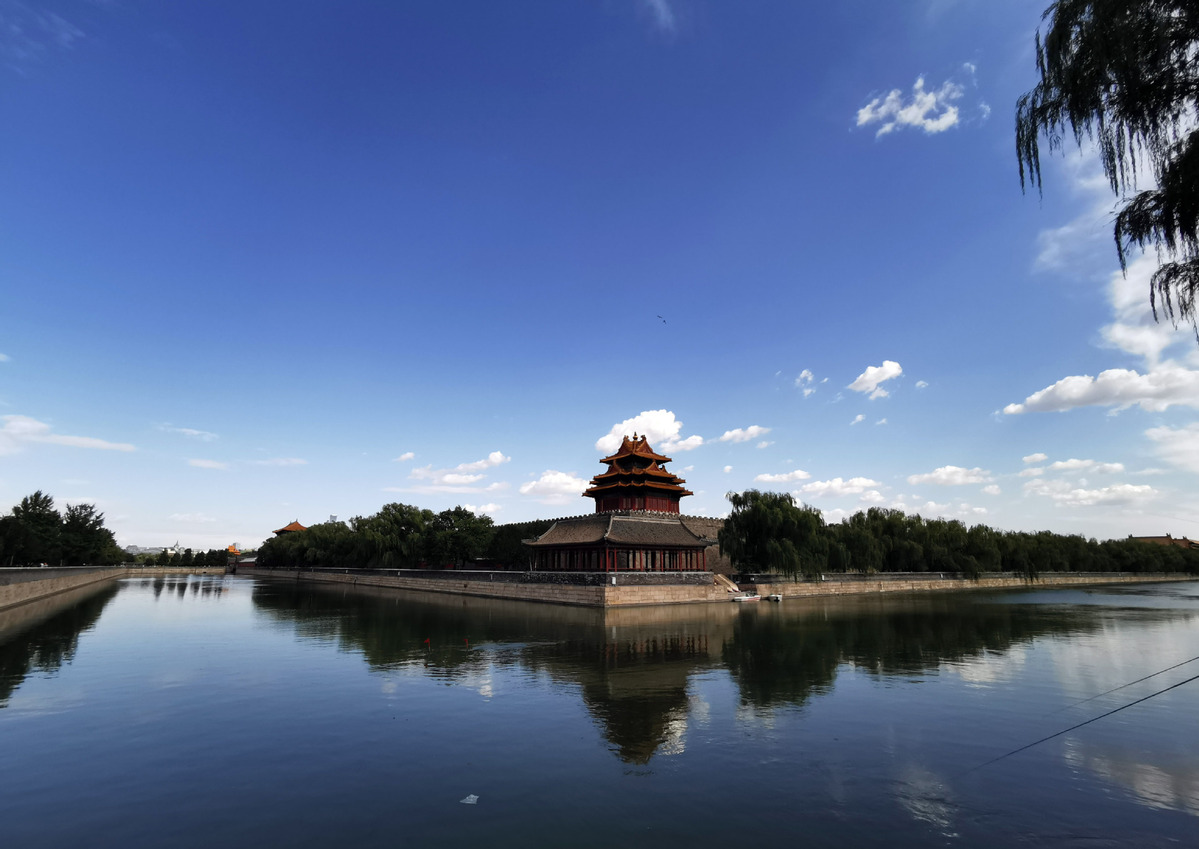 A view of the Corner Tower at the Palace Museum in Beijing on Sept 3, 2020. Photo/Xinhua

Air quality in seven districts of Beijing reached the severe pollution level on Monday afternoon, with PM2.5 particulate matter peaking at 182 micrograms per cubic meter, according to the municipal environment monitoring center.

The seven districts — mainly in central and southeastern Beijing — include Xicheng, Dongcheng, Chaoyang, Shunyi, Daxing, Tongzhou and Pinggu, the center was quoted as saying.

Humidity is high, which is not good for the diffusion of contaminants, the center said. It predicted that air quality would be better by Tuesday morning.

Beijing reported 206 good air days in the first nine months of the year, an increase of nine days year-on-year, according to the city's ecology and environment bureau.