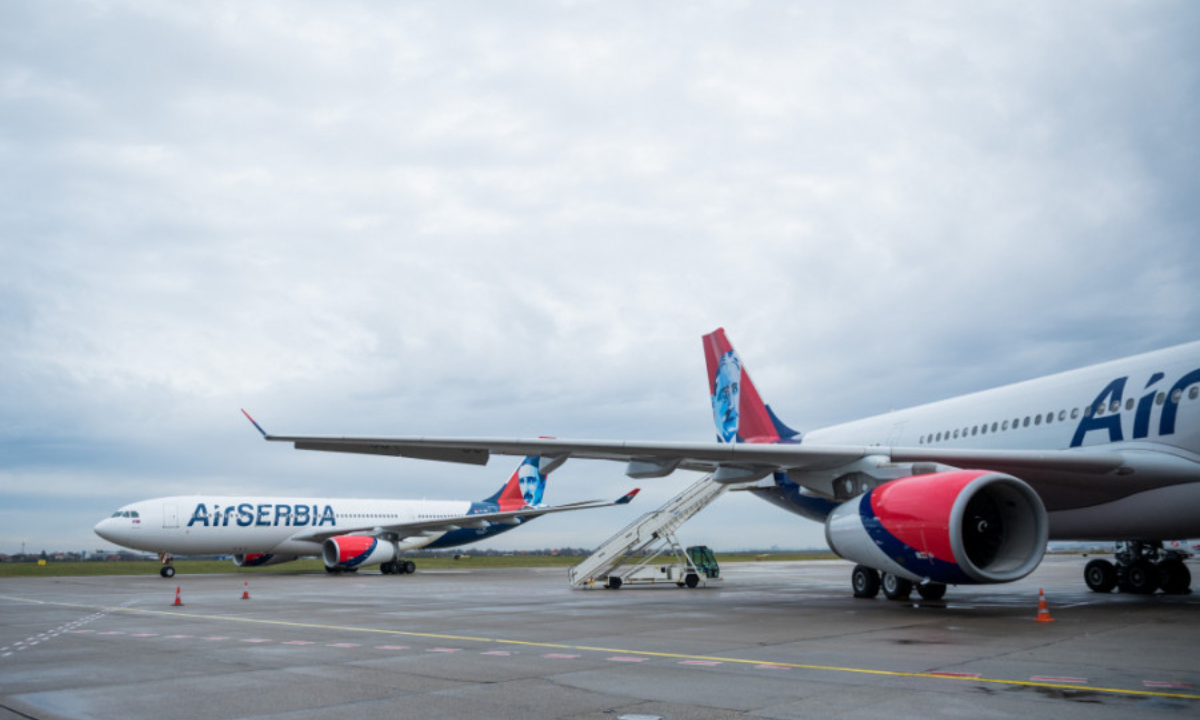 Air Serbia Photo: website of the Chinese Embassy in Serbia

The direct flight service is operated by Serbia's national carrier Air Serbia once a week on Fridays and returning flights on Sundays, with the ticket prices setting at 649 euros ($684) one way. Flight time is around 10 hours, according to the carrier.

Serbia’s exports to China surged 152 times over the past 10 years. The flight will strengthen economic ties between the two countries, increase personnel exchange by attracting a growing number of Chinese tourists to Serbia, as well as improve relations and cultural exchanges between the two nations, Brnabic said, according to a statement released by the Chinese Embassy in Serbia.

The opening of the direct flights fully demonstrated Serbia's determination to strengthen cooperation with China, Brnabic said, noting that there is no limit for bilateral cooperation.

Chinese Ambassador to Serbia Chen Bo said at the inauguration ceremony that direct flight service is of great significance to the development of the bilateral ties. China’s Hainan Airlines opened direct flights from Beijing to Belgrade in July, and now Air Serbia opened direct flights to Tianjin, which will generate new opportunities for cooperation.

Serbian president Aleksandar Vucic announced the launch of the direct flights on October 25, which he beamed as “big news.” He added that it only takes 35-40 minutes from Tianjin to Beijing by taking the high-speed railway.

Bilateral trade between China and Serbia reached $3.02 billion in the first 10 months this year, up 16.6 percent year-on-year. Serbia’s export to China recorded $1.16 billion, surging 47 percent year-on-year, according to data from China’s General Administration of Customs.