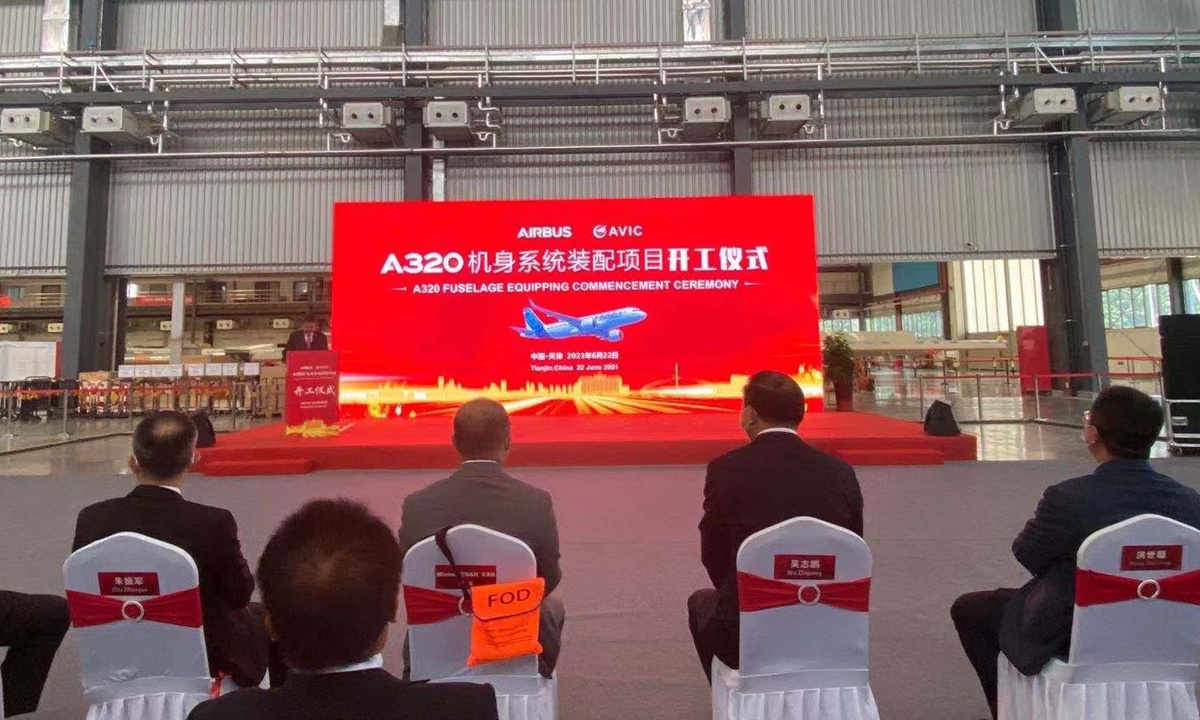 Airbus has penned a new cooperation agreement with a local Chinese supplier, marking a new milestone for the strategic cooperation between the Chinese and European aviation industries.

Airbus said on Tuesday that the A320 fuselage equipping project undertaken by Xi'an Aircraft International (Tianjin) Corporation (XAT) has commenced operations in Tianjin, a further step forward of the vertical integration of Airbus' supply chain in China.

The project, which began more than two years ago in the presence of the Chinese and German Prime Ministers, aims to fulfil fuselage requirements of Airbus A320 Final Assembly Line Asia located in Tianjin.

Under the agreement, large parts and the internal system components for the A320 Family fuselage will be transported from Europe to Tianjin. The target production capacity is estimated by reach full capacity by mid of 2024.

The project is a full-life contract with a maximum annual production capacity of 72 aircraft. It is planned to start formal production in June 2021, completing its first delivery in the third quarter and reach a target of monthly production by 2024, which will "fully meeting the demand for A320 fuselages on the Tianjin Airbus A320 final assembly line."

"It is another major breakthrough in the continued extension of the A320 aircraft industry chain in China," Ma Yan, board chairman of XAT, said on Tuesday.

"We have many localization projects in China, and this is an important project amid the cooperation with China and the Europe," Airbus China COO, Michel Tran Van said on Tuesday.

XAT has had a long-term partnership with Airbus on its Single Aisle aircraft wing equipment since 2009, with a strong record of delivery and quality standards.

China is an integral part of the global aviation industrial ecosystem, and also an important part of Airbus' global supply chain.