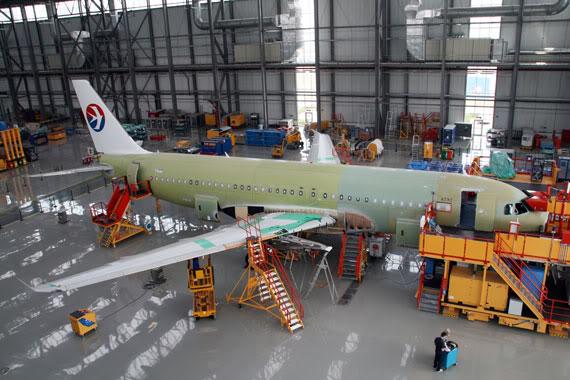 Airbus Tianjin Final Assembly Line is a joint-venture between Airbus and Tianjin Free Trade Zone and China Aviation Industry Corporation. In March 2014, they agreed to extend the successful Joint Venture for another 10 years, from 2016 to 2025. (File photo: Easy Tour China)

Airbus is committed to further strengthening its aviation service capacities in China, targeting to serve the country's increasing demand of professionals alongside the growing aviation market, said Airbus China.

The center is a joint venture between Airbus and China Aviation Supplies Holding Company (CAS). Since its founding in 1997, more than 39,000 aviation professionals from more than 50 airlines worldwide have received training there.

China is the largest civil aircraft market for Airbus, representing about one-quarter of its global sales. In 2017, Airbus delivered 176 aircraft to China.