Air Guilin on Monday said it had suspended a captain for life time after he allowed a female passenger to go inside the cockpit. 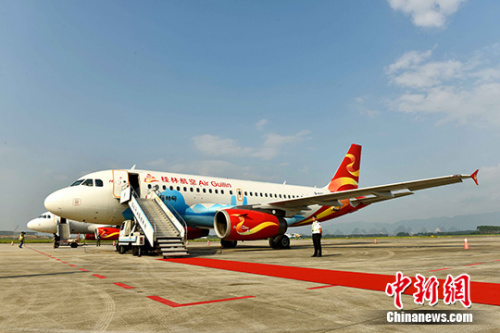 In a statement the airline, based in Guilin in the Guangxi Zhuang autonomous region and a subsidiary of Hainan Airlines, said it would improve safety measures to prevent a similar incident in the future.

The company said the captain, who remained unnamed, let a female passenger into the cockpit on flight GT1011 from Guilin to Yangzhou, Jiangsu province on Jan 4, which violated operating procedures and air safety regulations.

"Air Guilin always makes passenger safety as a top priority and has zero tolerance for improper or unprofessional behaviors that pose threats to aviation safety," the statement read, which was posted on the airline's account on microblogging site Weibo.

The captain has been suspended for life, and other relevant staff will be grounded indefinitely for investigation.

However, the airline did not specify at what point of the flight the woman was in the cockpit or how long she had been there.