Airline worker wins her wings as teacher at remote school

Chen Xiao held a bag stuffed with textbooks and homework high as she waded through knee-high muddy water to her school in a remote mountain village in Guangxi Zhuang autonomous region. 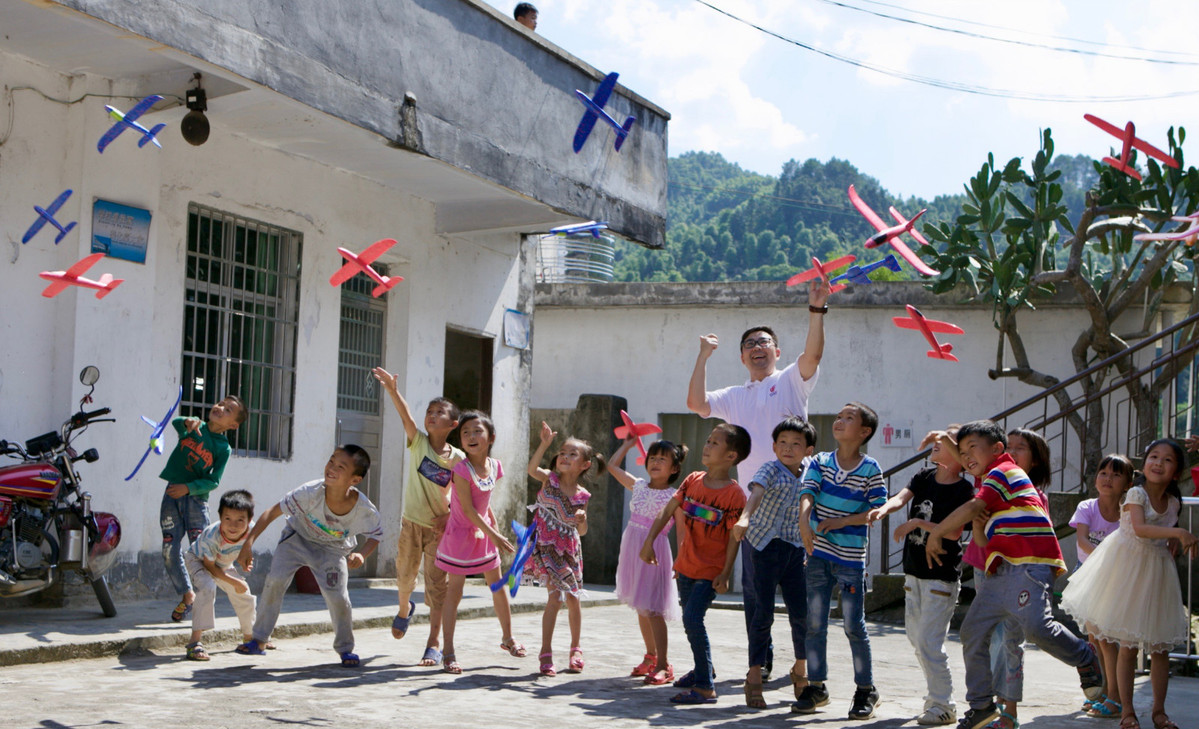 It had only been a month since the 26-year-old ground-staff member of Air China had volunteered as an English teacher in Jiangkou village - a five-hour drive from Guilin.

Torrential rains had flooded the narrow road to the school, and her parents - concerned both by news reports about the bad weather and her new job far from her Chongqing home - had asked Chen to stay in touch.

"My parents were so worried about me that they insisted on having a video call with me every day to make sure I was all right," she said. "But not a single student skipped class due to the horrible weather, which made me more determined about my choice to come here."

Chen began her semester of volunteer work teaching English at the school in May, under Air China's corporate social responsibility program.

She had always wanted to teach in the countryside, and joined a volunteer association at the Civil Aviation University of China in Tianjin while she was a student. But she was unable to realize her dream of teaching.

"When I heard the company was offering opportunities to teach in Guangxi, I signed up without any hesitation," said Chen, who was then working at the flight check-in counter.

It took eight hours to get to Jiangkou village traveling by plane, bus and on foot, and Chen vividly remembers her first impressions of the school. To her surprise, there were no dilapidated buildings or broken tables and chairs, as she had imagined. Sliding blackboards, ping-pong tables and a basketball court made it seem far from poor.

"The only, and most important, problem was the lack of teachers," she said. "There were no English teachers. And children there could barely recite the 26 letters of the alphabet, let alone conduct simple conversations like kids of their age in the cities."

Chen wasn't welcomed by the students in the first two weeks and they showed little interest in their English studies. They didn't hand in their homework and chatted during class. Chen has always been supported by her family, some of whom are teachers, and they put their heads together to come up with solutions. 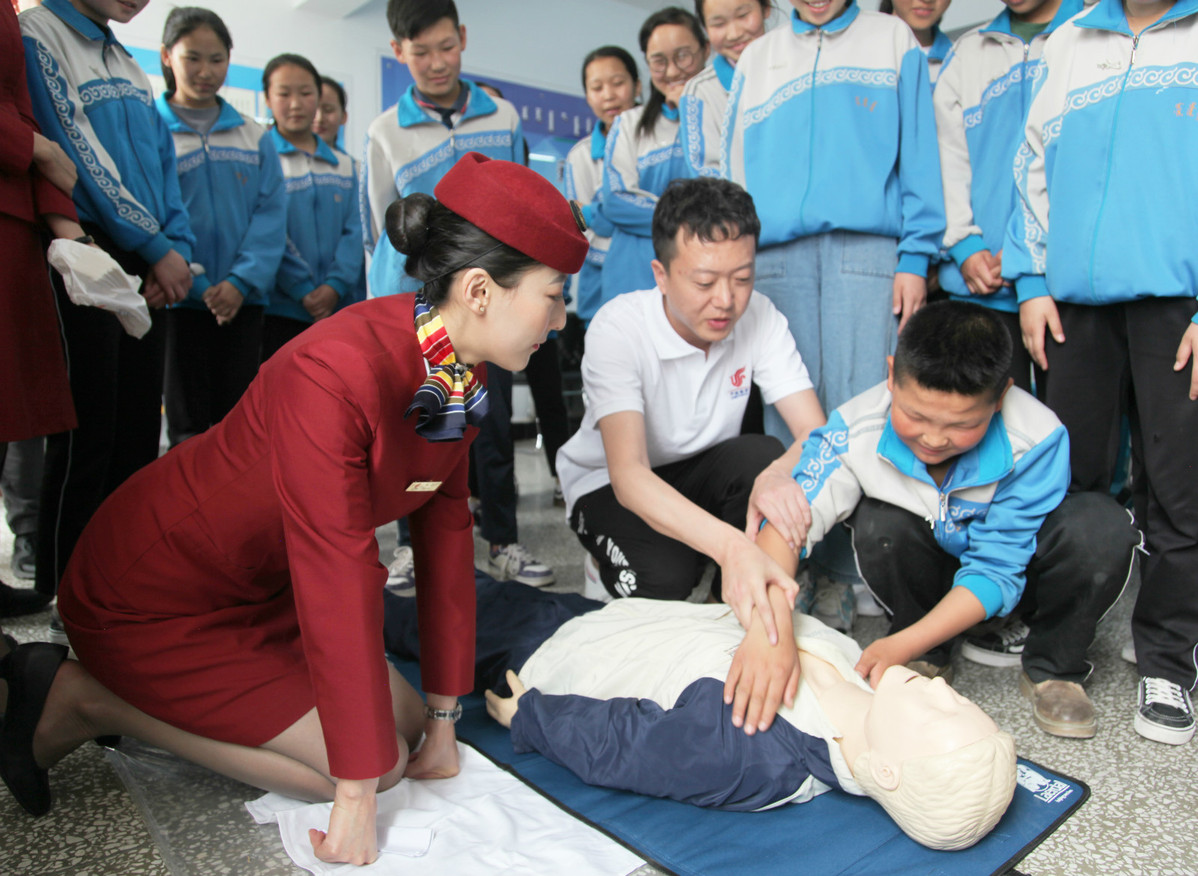 "They gave me a lot of enlightening suggestions on how to handle the students. With their advice in hand, I felt more confident in teaching the students," she said.

Chen selected four of the most disruptive children in the class and appointed them English-course representatives. The strategy worked. By giving them more trust and responsibility, they turned into model students who encouraged other pupils to emulate them.

Chen showed consideration for the students and they gradually accepted her, not only as a teacher, but also as a friend. Knowing she had worked at an airport, the students, most of whom had never seen a plane, couldn't stop being curious about the "big bird".

Liao Jie, one of her students, wanted to become a flight attendant after Chen explained what the job entailed. After finding out that the job required fluent English, Liao spared no effort in learning the language and achieved a perfect score in her final exam.

"What made me proud is not her good performance in the exams," Chen said. "I'm more than thrilled that she came to know there are so many possibilities in the future and she could achieve them by working hard."

On Teachers' Day, Sept 10, many students gave handmade cards and drawings to Chen, expressing their gratitude to her and telling her they wished she could stay longer.

"I found a very strong sense of belonging and accomplishment seeing their progress. Those feelings are hard to find in any another career," she said.

The only "torture" for a Chongqing local such as Chen is to live in a place where there is no hotpot restaurant - a must-have spicy dish even when out of the city.

Everyday life can also be boring, with no cultural or entertainment activities. Chen said it was very different to her home city, where people dine and sing karaoke late into the night.

But her comforts were a reminder that small gestures can mean as much as grand ones. Each day, students prepared a bottle of drinking water for her, and they often invited Chen to their homes for humble dinners.

"My students and their families' economic situations are quite difficult as most of them are from rural areas. However, they are rich in love," Chen said.

She and her colleagues are among a growing number of volunteers contributing to education in rural areas. Since 2017, Air China has sent over 300 staff to teach in the countryside.

The volunteer program aims to lift people in rural areas of Inner Mongolia and Guangxi Zhuang autonomous regions out of poverty by offering quality education to the younger generation. It also serves as an opportunity for Air China employees to build up strong bodies and minds through hardship, the company said.