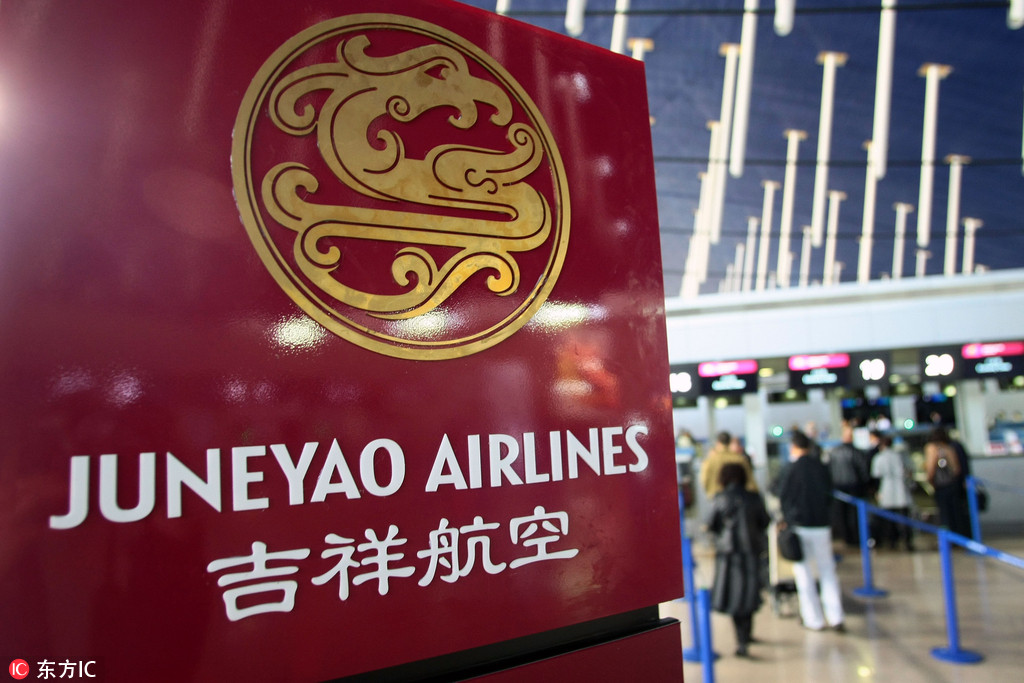 A signboard of Juneyao Airlines is pictured at the Shanghai Pudong International Airport. (Photo: IC)

Juneyao also operates flights connecting Changbaishan with Tianjin and Shanghai. This winter, the carrier plans to add more flights to cities such as Harbin and Changchun in Northeast China.

Winter travel has become a key promotion theme for many domestic airlines this season, as their business operations have been difficult in the past year due to the COVID-19 pandemic. Besides promoting such routes, a number of carriers have issued sales packages such as low-priced flight tickets or tickets combined with hotel rooms.

"Due to the pandemic, the shortage of cashflow is still one of the major problems faced by airlines. Carriers are launching more promotions to speed up the buildup of more cashflow, and have introduced low-priced products to stimulate more travel among passengers," said Lin Zhijie, an aviation industry analyst and a columnist at Carnoc, a major civil aviation website.

"Before the pandemic, the period before the Spring Festival was usually one of the busiest seasons. This year, the launch of promotional flight tickets by multiple carriers shows that the pandemic still has an impact on the air travel market," Lin said.

Meanwhile, Shanghai-based Chinese budget carrier Spring Airlines has launched multiple winter routes at preferential prices. For instance, a one-way flight from Dongying, Shandong province to Changchun carries price tags as low as 89 yuan ($13) per person. A flight from Shanghai to Changbaishan is sold at around 600 yuan, according to the carrier.

The government released a series of new guidelines last week to further optimize the prevention and control measures of the pandemic, and travel between provinces will no longer require negative nucleic acid test results.

After the announcement, major domestic flights saw an apparent increase in booking volumes. Tongcheng Travel predicts that during the week starting Dec 12, booking volumes for flights that depart from Shanghai and major cities in Jiangsu province, Zhejiang province and South China, to ice and snow destinations in Northeast China, are expected to jump 70 percent over the previous week.