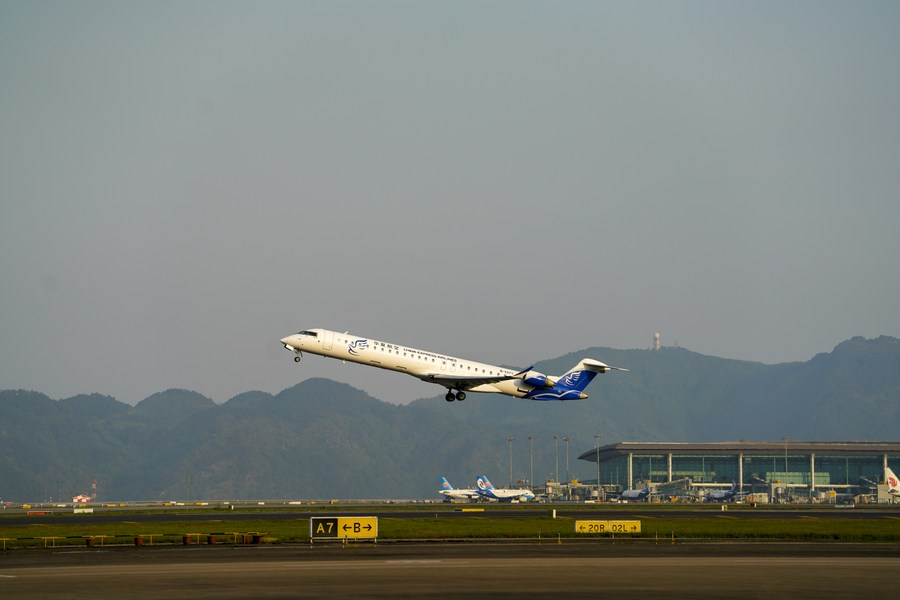 As Chongqing adapts to relaxed COVID-19 controls, domestic airlines have been operating chartered flights to help university and college students return home for their winter holidays.

On Dec 5, 177 students flew from Chongqing to Tianjin municipality via West Air, and 133 students left for Xiamen in Fujian province via Xiamen Airlines. On Dec 6, 176 students flew to Jinan, Shandong province, on a West Air flight.

More carriers, such as Chongqing Airlines and Sichuan Airlines, will provide flights for students and company staff to major cities in China, local media reported.

Chongqing, a municipality of 32 million people in Southwest China, had reported more than 90,000 infections at the peak of its most recent outbreak, which began on Nov 1. Most cases were found in 11 districts in central urban areas.

Many domestic flights had been suspended because of the outbreak.

From this month, Chinese cities have adjusted their COVID-19 measures to help people get back to work and regain a sense of normality in daily life.

Demand for travel is bouncing back, especially from university student populations in major cities who want to return home for the winter break, which started earlier than usual this year due to unpredictable virus outbreaks.

Because of the cancellation of many domestic flights in Chongqing, its student population found it difficult to get tickets home, said Li Zhihong, a spokesperson for West Air, a budget airline based in the municipality.

"When we found out about the students' difficulties getting tickets, we contacted the local colleges and universities immediately to make customized flight plans for them," he said.

Chongqing Jiangbei International Airport also set up a designated express channel for the students taking chartered flights to ensure the process was smooth.

The airline will make more customized services available for the government, companies and schools according to their needs, he added.

Airlines in other cities have also provided such services recently.

China Southern Airlines, one of China's three major airlines, is operating 16 chartered flights as of Dec 6, to help ensure that university and college students are able to return home for the winter holiday.

On Wednesday, the State Council's Joint Prevention and Control Mechanism released a circular outlining 10 new measures to optimize epidemic control and prevention. It said that centralized quarantine for COVID-19 patients has been made voluntary and the rule requiring a negative nucleic acid test result for domestic travel and entry to public venues has been scrapped, as the country takes "small, yet continuous steps" to adjust to the disease.

A link to the circular was widely shared on social media and triggered a surge in online searches for flights on various travel booking websites.