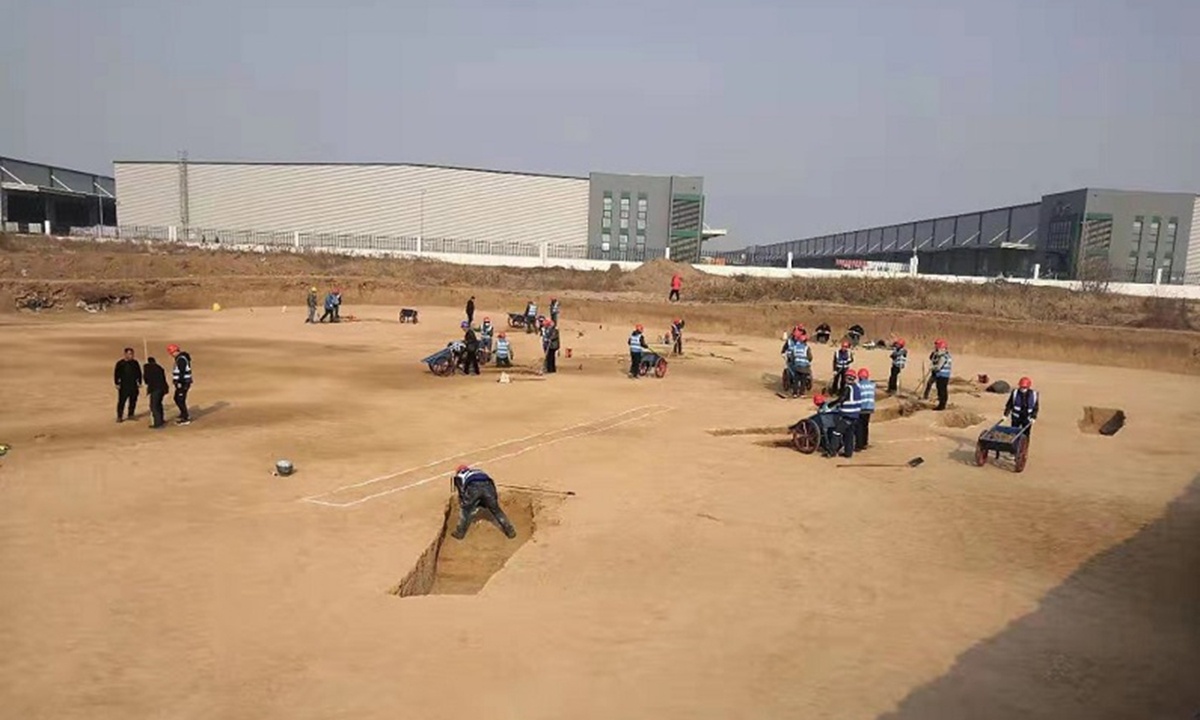 A whopping 3,500 ancient tombs were found during the construction of the Xi'an Xianyang International Airport, located in Northwest China's Shaanxi Province.

It is reported that during the Spring Festival holidays, all members of the local archaeological research base gave up their vacation to carry out archaeological excavations.

Within the scope of the construction project, more than 4,600 ancient cultural relics of various types have been discovered, including more than 3,500 ancient tombs from various historical periods, reported Hantangwang, the official account of Shaanxi Cultural Heritage Administration on Sina Weibo.

"The number and scale of the relics are very large, and the archaeological excavation task is difficult," it said.

The relevant topic was viewed more than 350 million times as of press time, with more than 15,000 netizens joining the discussion.

"Shaanxi is really full of cultural relics everywhere," said a Sina Weibo user. "Such a 'bitter sweetness' of having a long history for Xi'an," commented another user, referring to the time and effort spent on the excavation.

During the Spring Festival, all members of the Airport New City Archaeological Research Base of the Shaanxi Academy of Archaeology worked overtime to carry out archaeological excavations, so as to ensure the smooth progress of the third phase of the expansion project of Xi'an Xianyang International Airport, according to Hantangwang.

From February 4 to 17, the Airport New City Archaeological Research Base carried out archaeological excavations in key construction areas of the expansion project, mobilizing more than 60 personnel including officials, technicians, security personnel, and logistics workers.

Xi'an is included in the first batch of national historical and cultural cities announced by the State Council of China and is one of the four ancient capitals of the world. It has been the capital and political, economic, and cultural center of China for more than 1,100 years, with 13 dynasties having established their capitals in Xi'an. The earliest dynasty establishing capital in Xi'an can be traced back to Western Zhou Dynasty (104BC-771BC).

The construction site of an IKEA store in Xi'an also found hundreds of ancient tombs in 2019.