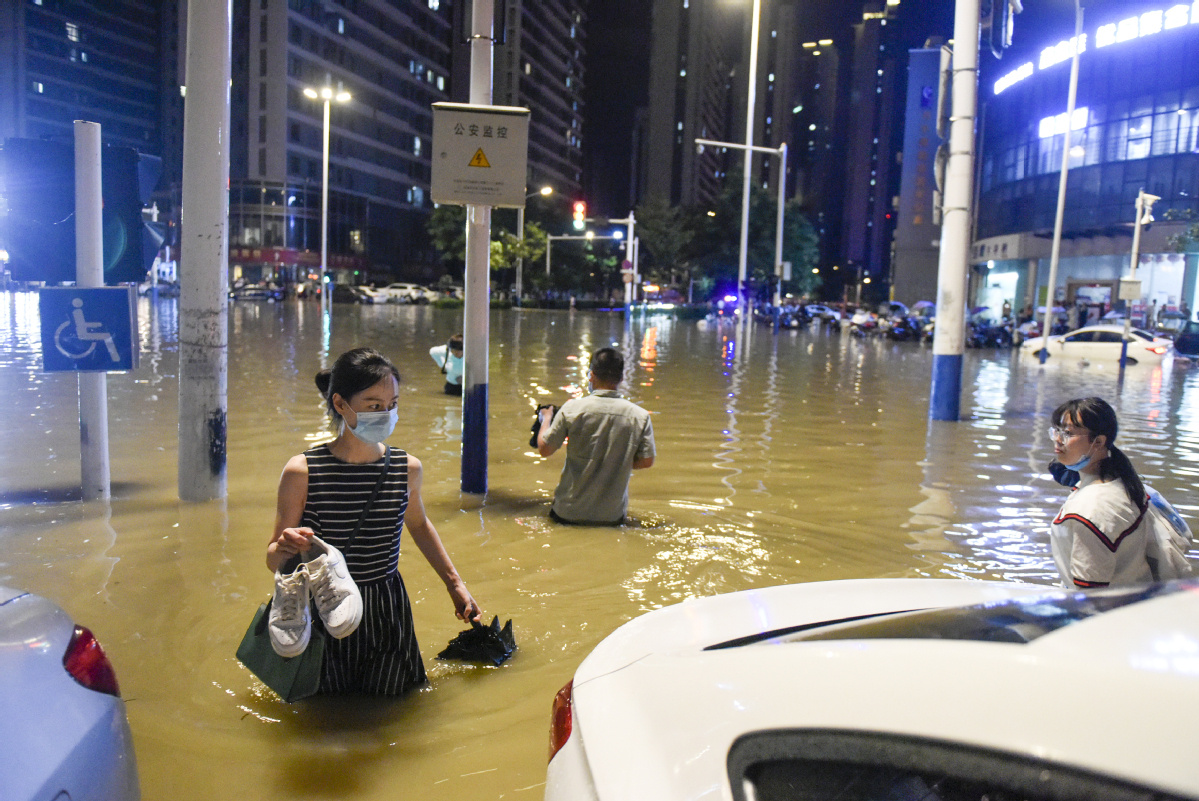 People wade through water after heavy rainfall at a street in Hefei, Anhui province, on June 27, 2020. (Photo: China Daily)

Two typhoons and a monsoon are expected to lash vast areas in southern and northern China with downpours in the coming four days, authorities warned.

The National Meteorological Center issued a blue alert, the lowest in the country's four-tier color-coded weather warning system, for Typhoon Hagupit on Sunday.

With a maximum wind speed of 72 kilometers per hour at its center, the fourth typhoon of the year was in waters 690 km southeast of Cangnan county in Zhejiang province at 10 am on Sunday, the center said.

It said the typhoon was moving northwest at 15 to 20 km/h and is expected to make landfall on the coast between Zhejiang and Fujian provinces on Monday night.

"The cyclone will quickly weaken after it lands," the center added.