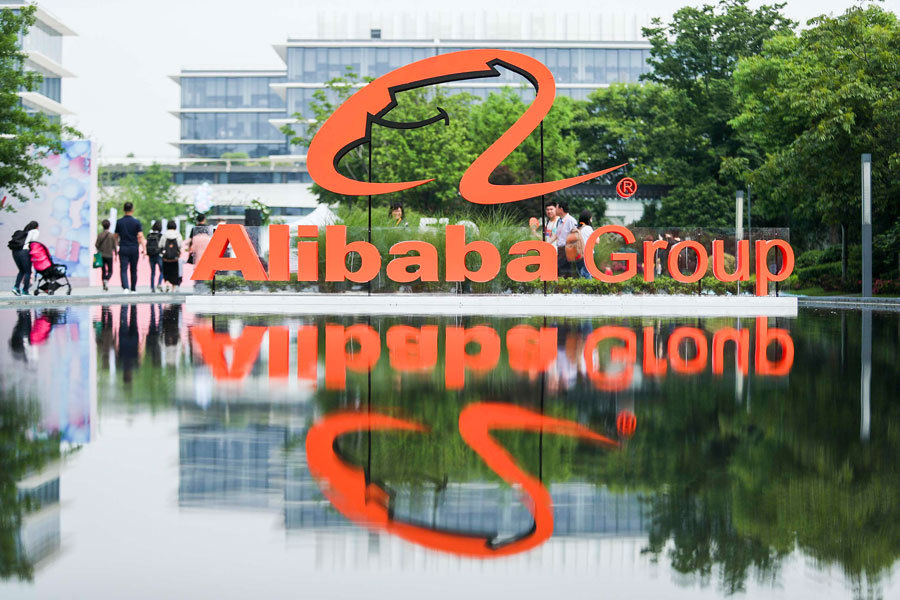 The sign of e-commerce giant Alibaba Group is reflected at its headquarters in Hangzhou, capital of East China's Zhejiang province. [Photo by Niu Jing/For China Daily]

Chinese internet giant Alibaba is working with police after a female employee accused her manager and a client of sexual assault.

Police in Jinan, capital of Shandong province, where the incidents are alleged to have taken place, said on Sunday that an investigation and evidence collection had been conducted, and they expect to release results in a timely manner.

Also on Sunday, Alibaba released a statement saying that it has a "zero-tolerance policy against sexual misconduct".

"We have suspended relevant parties suspected of violating our policies and values, and we have established a special internal task force to investigate the issue," it said. "We support the ongoing police investigation."

The investigation began after the female employee wrote a detailed internal post alleging that her male manager sexually assaulted her in a hotel room during a business trip to Jinan on July 27.

In the post, which contained more than 8,000 words, she wrote that during a dinner meeting with a male client from Jinan Hualian supermarket, she was forced to drink too much alcohol and was then molested by the client while her supervisor turned a blind eye.

Her supervisor later broke into her room and raped her, according to the post, which was released on the internet.

She said she complained to Alibaba's human resources department but was ignored. That prompted her to distribute letters about the alleged assault in the canteen of Alibaba's headquarters in Hangzhou, capital of Zhejiang province.

In another internal post, Alibaba CEO Zhang Yong said Sunday that he was "shocked, furious and ashamed" after learning about the case.

"The HR department should apologize for ignoring her, and the related department should also be held responsible for this misconduct," Zhang said, vowing to fully investigate the case and make the findings available to all Alibaba employees.

Jinan Hualian supermarket announced on Sunday that the Alibaba client accused of molestation has been suspended from work and that it will cooperate with the investigation.

Sexual misconduct has attracted more attention in China recently, with a number of male celebrities disgraced by female accusers.

In one of the biggest cases, Beijing police said earlier this month that pop star Kris Wu was detained on suspicion of rape after a number of women made allegations against him online.

According to China's Civil Code, which took effect on Jan 1, employers should take both preemptive and follow-up measures to curb sexual harassment in the workplace.

In an interview with news portal ThePaper.cn, Ding Jinkun, a lawyer from the Shanghai DeBund Law Office, said that anyone who assaults another person or humiliates a woman by coercion, violence or any other means shall be sentenced to a fixed-term of imprisonment of not more than five years or criminal detention. Such crimes committed publicly would incur a minimum sentence of five years in prison or detention.