All 45 countries submit entries in support of 19th Asian Games 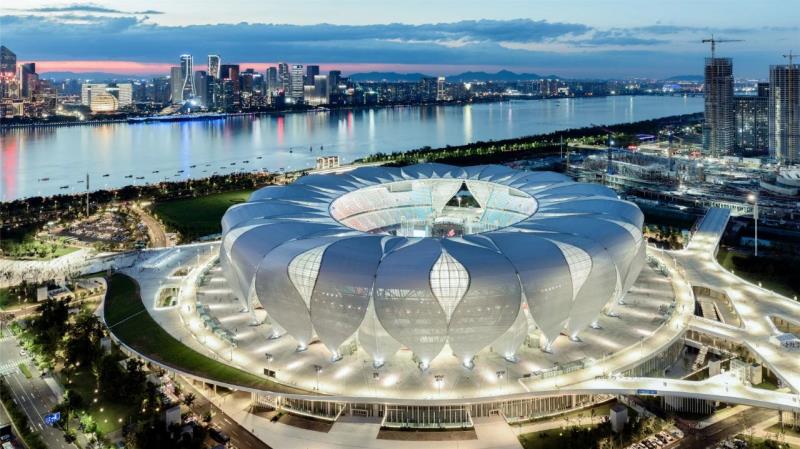 Hangzhou (People's Daily) - All 45 Olympic organizing committees across Asia have responded enthusiastically to the call for entries to the 19th Asian Games scheduled for September 10-25, 2022 in the Zhejiang Province city of Hangzhou, organizers said on Thursday.

In a show of solidarity, countries and regions across Asia have responded well to the first sport entry phase, the Hangzhou 2022 Organising Committee (HAGOC) said in a press release published through its website press center.

All the national committees have submitted their competitive intentions for the 61 disciplines and so met the March 16 deadline for the first phase of sport entries, the organizers noted.

China submitted the most entries in East Asia, India the most in South Asia, Kazakhstan in Central Asia, Saudi Arabia in West Asia while Thailand and Indonesia of Southeast Asia confirmed their participation in all 61 disciplines.

All 45 committees submitted entries for traditional sports including athletics and swimming, while a significant majority are aiming to compete in boxing, judo, shooting, taekwondo, weightlifting and karate.

Twenty-seven committees submitted entries for esports and 17 for breaking, a competitive form of breakdancing. Both are new for Hangzhou 2022.

More than half of the committees in Asia registered to compete in wushu, ju-jitsu and kurash – non-Olympic sports originating in Asia – which organizers said it indicated those sports’ progress across the region.

Preparations are “making good progress in every functional area,” the release said, including COVID-19 protocols.

“With preparations on schedule and confidence built, we are on track to deliver an Asian Games that will provide a boost to sports, urban renewal and the Asian Games brand,” the release said.

Hangzhou will be the third Chinese city to host the Asian Games after Beijing in 1990 and Guangzhou in 2010.

The entries for Hangzhou 2022 are being implemented in three phases: entry by sport, entry by number and entry by name.

The first phase, entry by sport, began on December 29 and saw committees nominating the sports in which they intend to compete in accordance with the Olympic Council of Asia Constitution & Rules and standard practice at previous games.

The completion on Tuesday of the sports entry phase gave organizers the necessary data for developing a competition schedule and organizing catering, accommodation and transport.

The second phase, entry by number, begins in September 2021 after the chefs de mission seminar, which is a meeting of representatives from all 45 countries expecting to compete in the multi-sport event also known as the XIX Asiad.

Policies and documentation for phase 2 are being developed, the release said. There were no details revealed about phase 3 in the release: HACOC focused on the positive phase 1 response.

“Their acknowledgement of our preparations for Hangzhou 2022 is a reflection of the harmony and the unity that exists in the Asian Games family,” the release said.

“The successful conclusion of this entry phase is a fitting symbol of the Asian Games spirit in these post-pandemic times.”