CHINA All aboard as Shanghai sightseeing buses celebrate 10th anniversary

All aboard as Shanghai sightseeing buses celebrate 10th anniversary 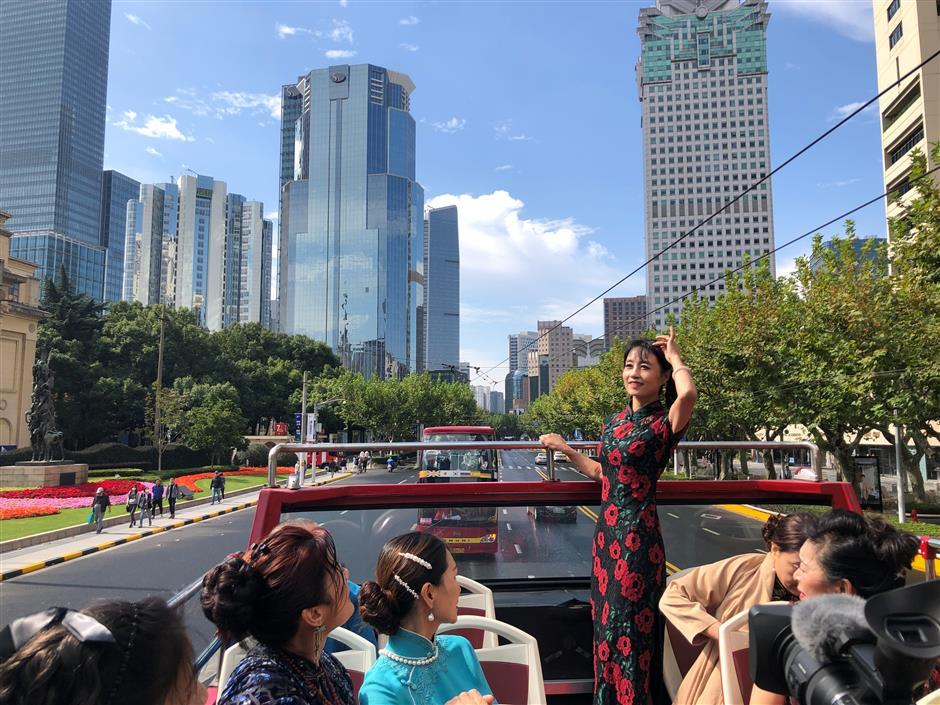 A woman wearing a Cheongsam poses for photos. 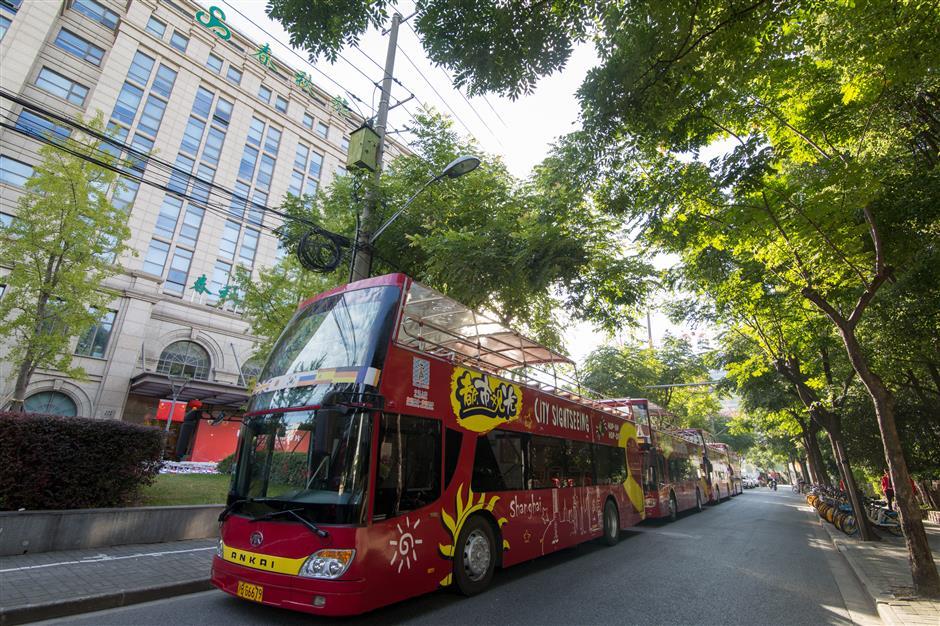 Nearly 200 residents and tourists experienced the beauty of Shanghai aboard five open-top, double-decker buses on Sunday to celebrate the 10-year anniversary of the launch of the sightseeing tours.

"I had a tour of Shanghai on the bus in March when it had just resumed," said Zhang Jie, a Shanghai resident who wore a Cheongsam with beautiful flower patterns.

"The bus took me to Yuyuan Garden and the Bund, and I enjoyed the flavor of the traditional side of Shanghai. This time, I will visit  Nanjing Road and Laomatou (old dock area)." 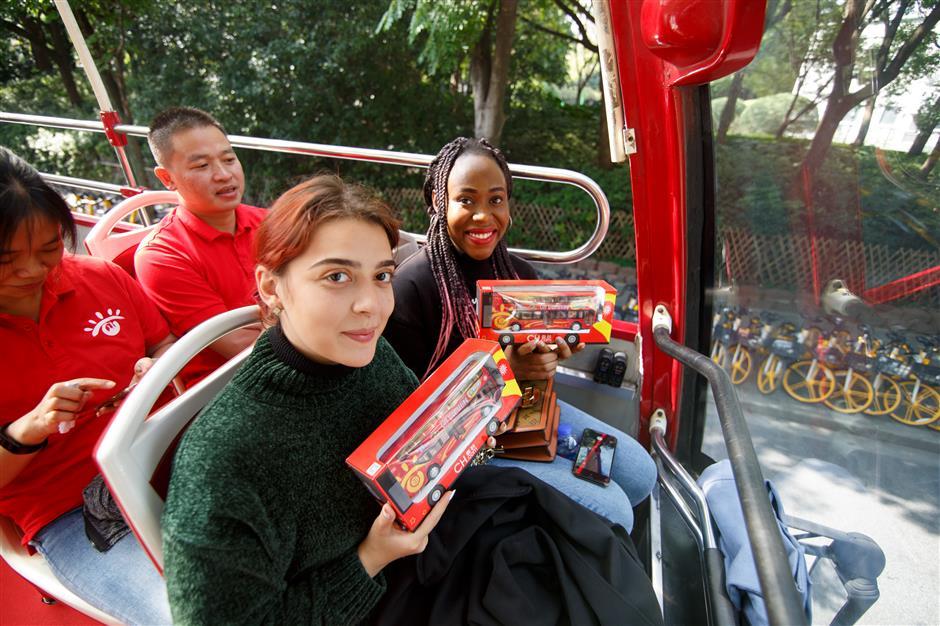 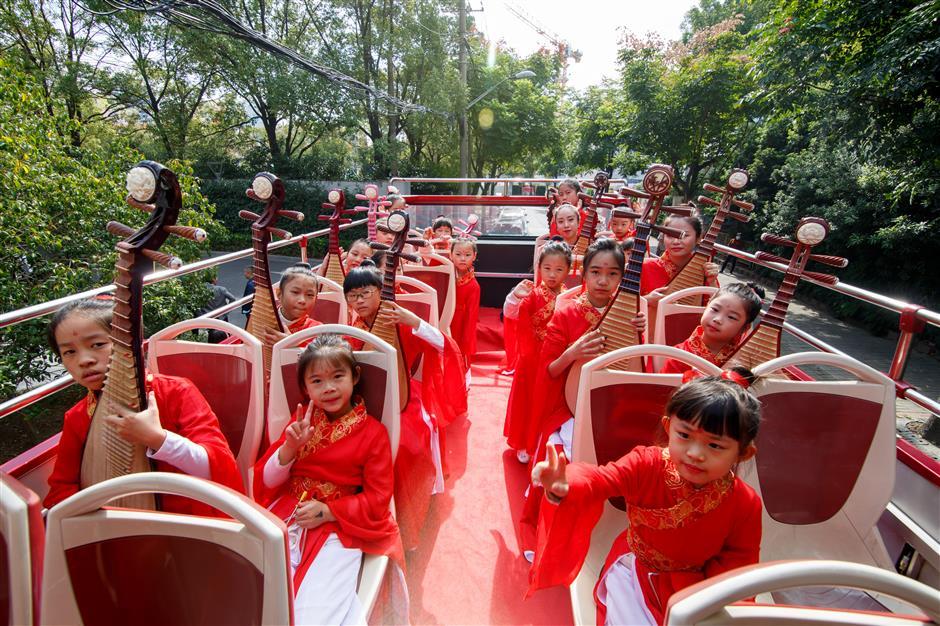 Elui Ogechukwu Mary, from Nigeria, a student of Shanghai International Studies University, told Shanghai Daily: "I think it (the ride) was actually a very fresh experience even though I have been in Shanghai for two years plus. The bus ride gave me a very nice and new experience because the bus takes routes I haven't walked before."

She and a friend visited the Bund and Nanjing Road during the trip.

Twenty-three double-decker sightseeing buses are operated by Shanghai Spring Tour in the city from the original 10. There are four routes.

Over the past 10 years, they ran more than 10 million kilometers in total, receiving 17 million rides, among which 70 percent were from domestic tourists and 25 percent from overseas.

"These buses were a breakthrough in the city's sightseeing when they were launched," said Cheng Meihong, deputy director of the Shanghai Administration of Culture and Tourism.

Jiang Weijia, responsible for the operation of the sightseeing buses, said Red tourism routes will be launched next year, which will mark the centenary of the founding of the Communist Party of China.

Some suburban routes will also be launched, she added. 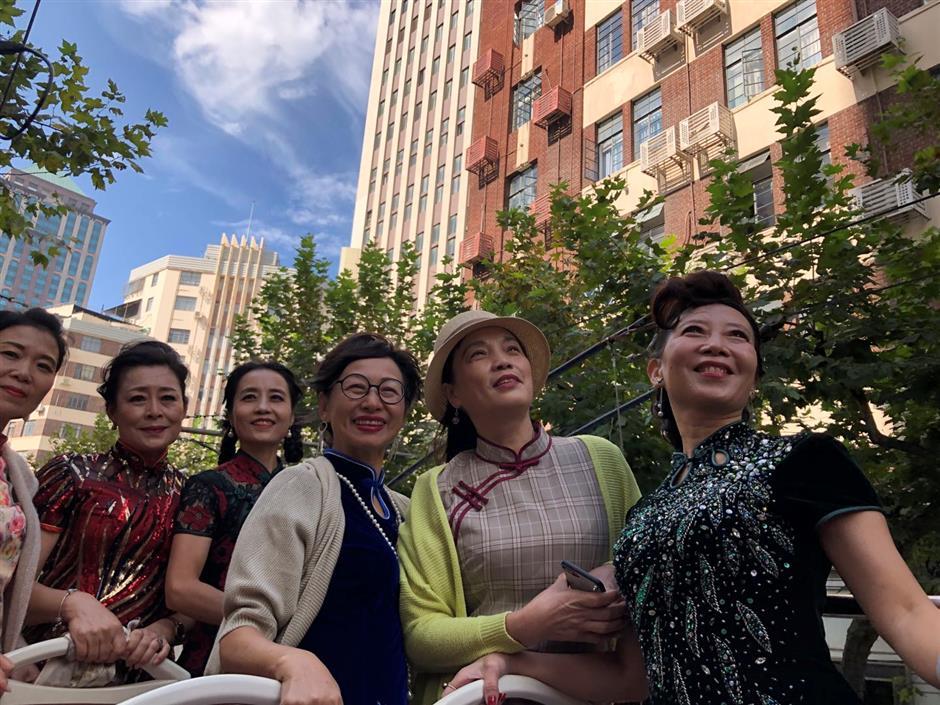 A group of women enjoy the sights. 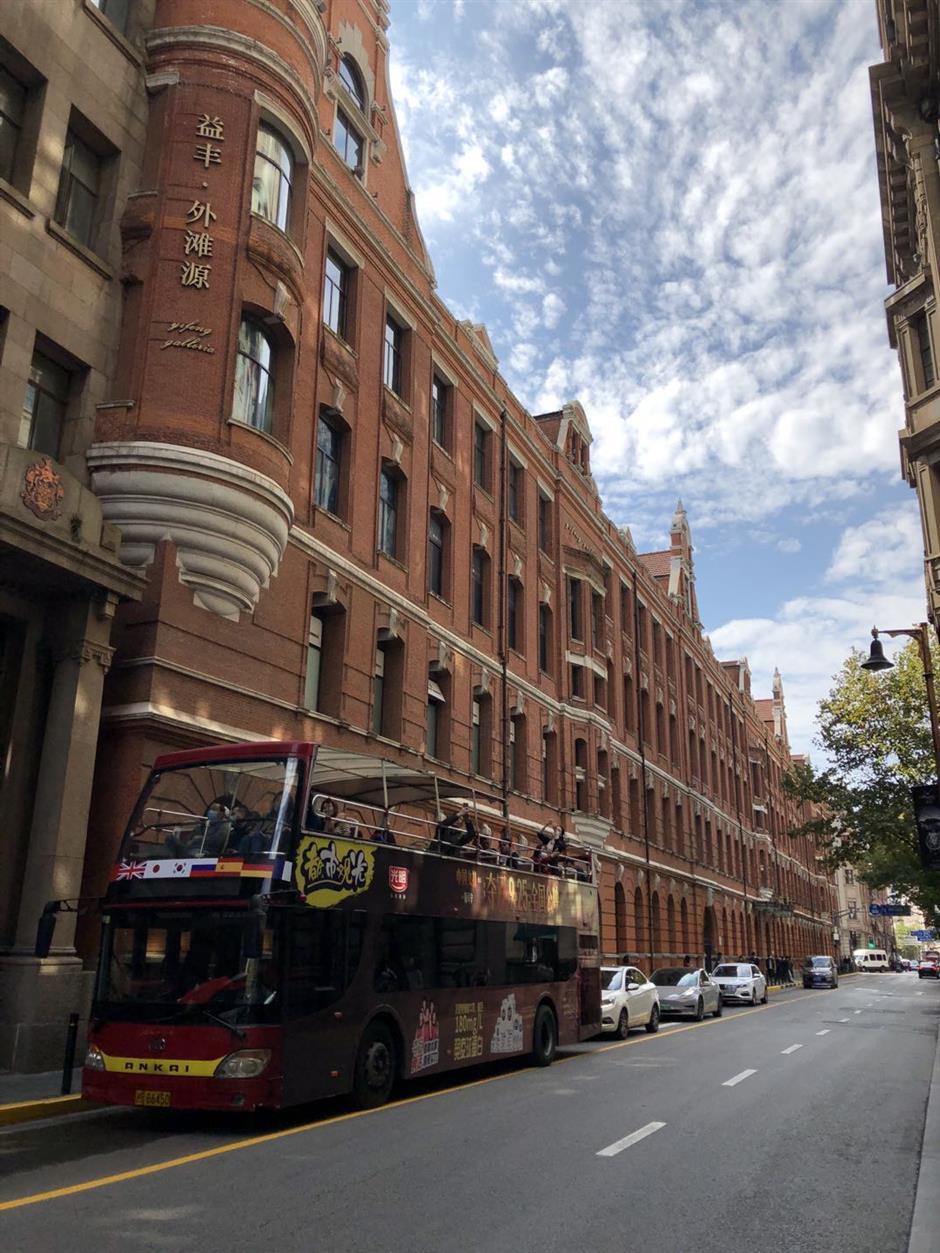 The bus on the Bund.