All Chinese teams arrive at venues of int'l army games

All of the Chinese military's 17 teams with weapons and equipment have arrived at their venues in Russia, Belarus, Uzbekistan and Iran on Tuesday for the upcoming International Army Games 2021. 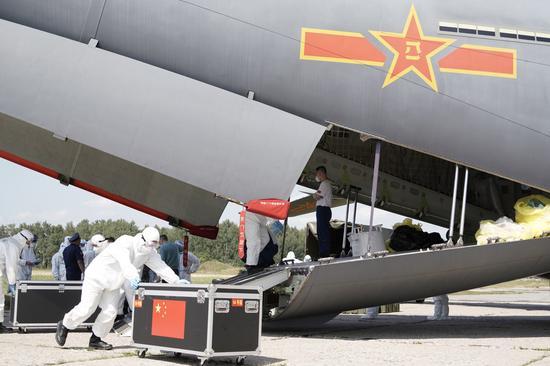 More than 700 Chinese troops from the ground, naval and air forces as well as the strategic support force and the joint logistics support force will participate in 17 competitions in the four countries.

For the first time, China's strategic support force and joint logistics support force have sent teams to the games in foreign countries, and they will compete in contests for military topographic services and military drivers.

The Chinese military is about to participate in the International Army Games for the eighth consecutive year, which has served as a platform for the Chinese and foreign militaries to exchange experiences and strengthen cooperation.