CHINA All counties in Jiangxi cast off poverty

All counties in Jiangxi cast off poverty 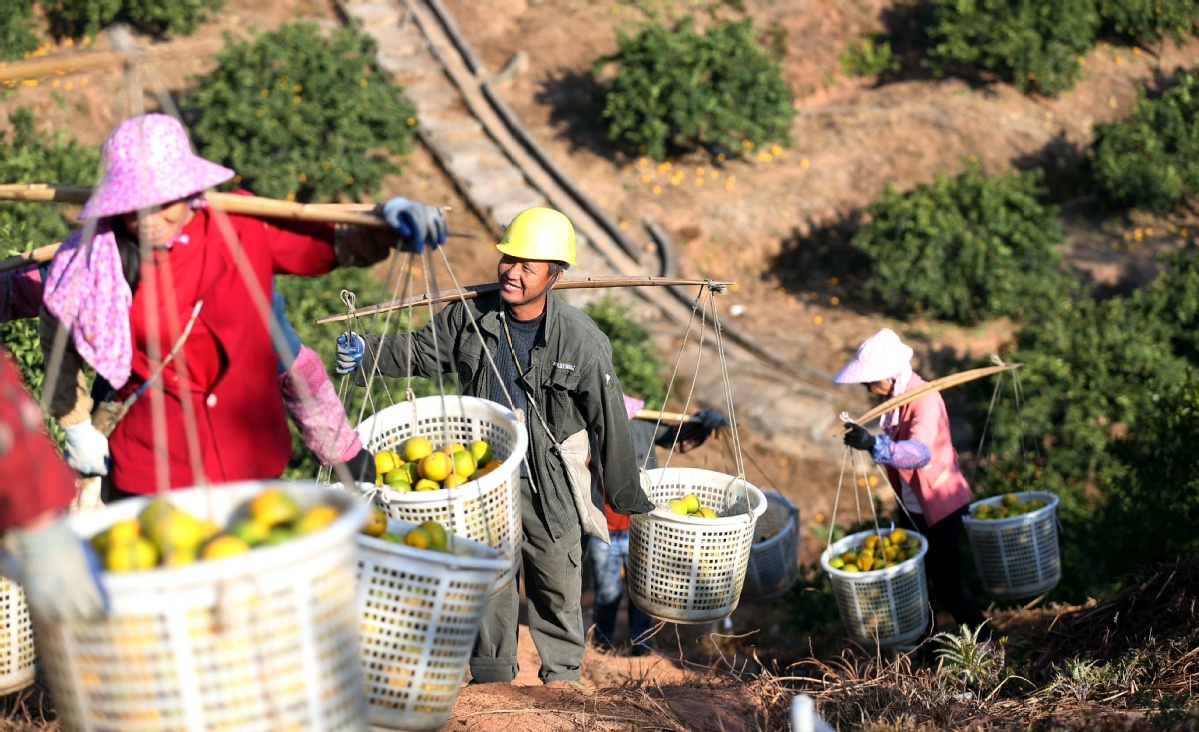 Farmers carry baskets of navel oranges in an orchard in Huichang, Jiangxi province, in 2019. (Photo by Chen Zebing/China Daily)

This marks that all 25 impoverished county-level regions in Jiangxi have shaken off poverty, amid the country's efforts to eradicate absolute poverty by the end of 2020.

A county can be removed from the list if its impoverished population drops to less than 2 percent, according to a national mechanism established in April 2016 to eliminate poverty in affected regions. The ratio can be loosened to 3 percent in the western region.

Jiangxi will continue to adopt poverty alleviation measures to prevent people from returning to poverty, and help the remaining poor population escape poverty by integrating resources and providing accurate assistance, according to the provincial poverty relief office.