CHINA All HK flights canceled due to radical violent acts

All HK flights canceled due to radical violent acts

The Transport and Housing Bureau of the Central People's Government in the Hong Kong Special Administrative Region (HKSAR) announced Monday that all flights in and out of Hong Kong after 4 pm have been cancelled due to the radical violent acts at the airport continuing for the fourth day. 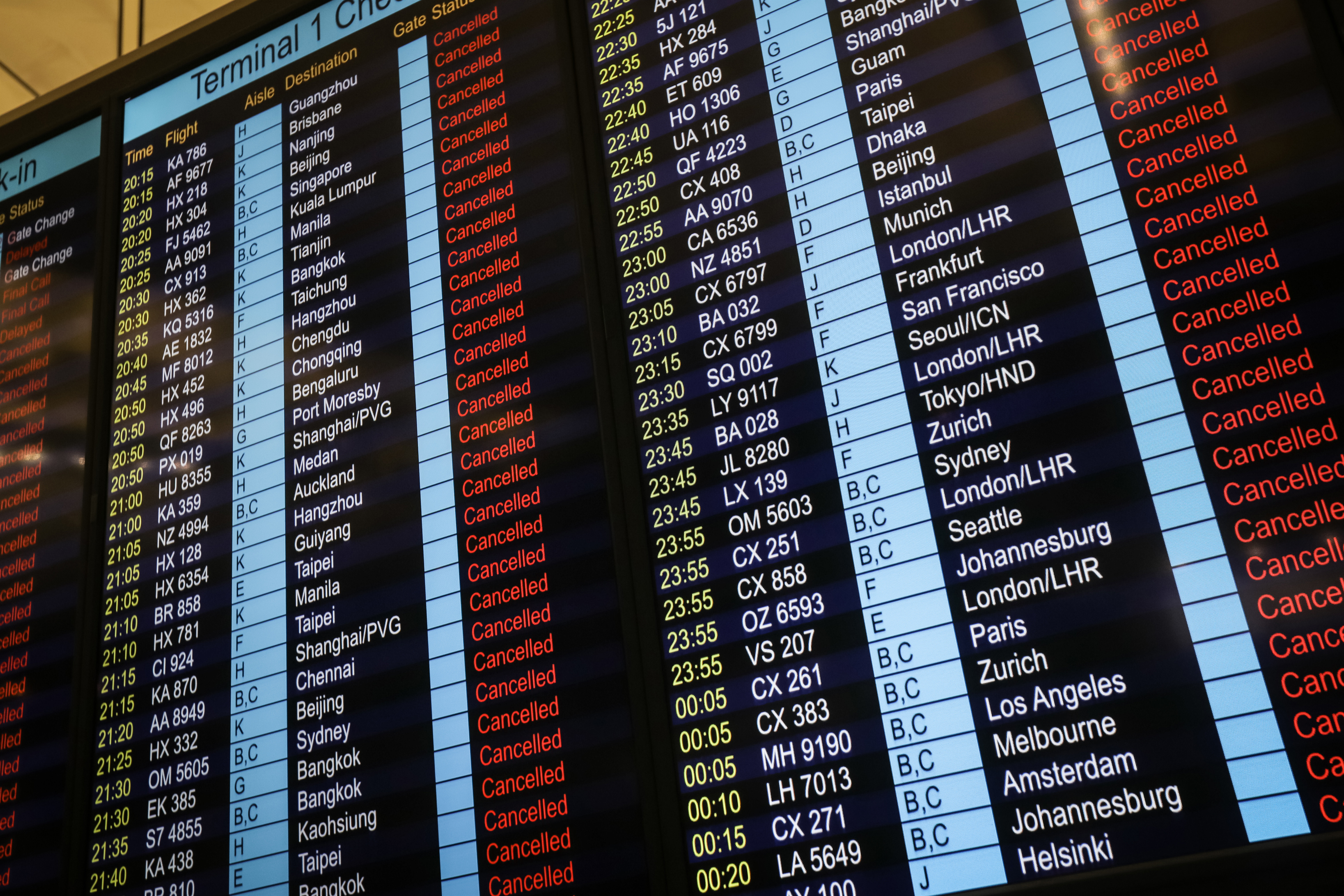 A flight information board shows cancelled flights at Hong Kong's international airport following a protest against the police brutality and the controversial extradition bill on August 12, 2019. (Photo: AFP)

Frank Chan Fan, secretary for Transport and Housing of the HKSAR government, said the illegal assembly will badly affect over 100,000 residents living nearby, and the suspension of the airport's operation will have an impact on the jobs of 800,000 people.

The Airport Authority Hong Kong (AAHK) has been aware of the potential public campaign at the airport on Monday. To maintain normal operations, the AAHK implemented access control arrangements starting at 12 pm. Departing passengers with a valid ticket or a valid passport and airport staff with relevant documents were allowed to enter the departure terminal. AAHK has also activated the airport Emergency Center and arranged extra security personnel to assist passengers.

Later in the afternoon, the terminal was getting crowded since more than 5,000 protesters gathered. The operation of the airport was seriously affected and all parking spaces were full. In addition to "occupying" the arrival hall, protesters broke through temporary restrictions and rushed to the departure hall and stayed in the area at 3:30 pm.

Frank Chan Fan has also called on the illegal protesters to leave the airport as soon as possible.

(Compiled by Wang Zi, with input from CGTN and China Daily)