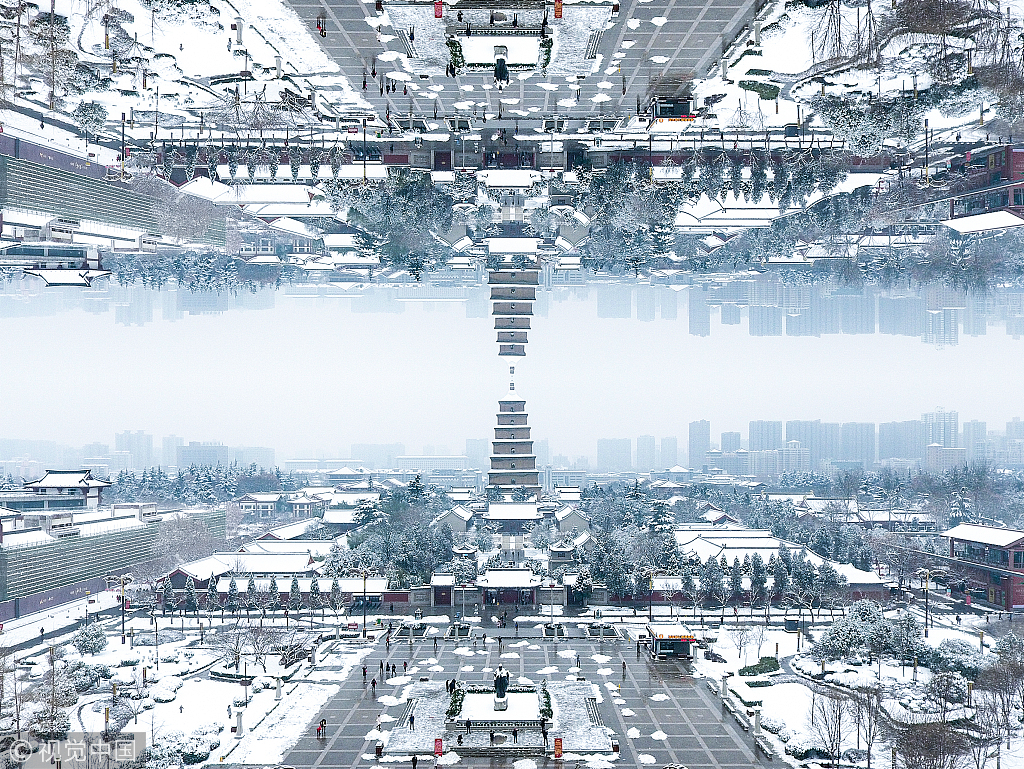 Xi'an, capital of Northwest China's Shaanxi Province, was clad in silver coating after heavy snowfall blanketed the ancient city on Thursday. A photographer presented photos of the city, known as one of the four oldest cities in China, with a special mirror-folding effect. (Photos: VCG) 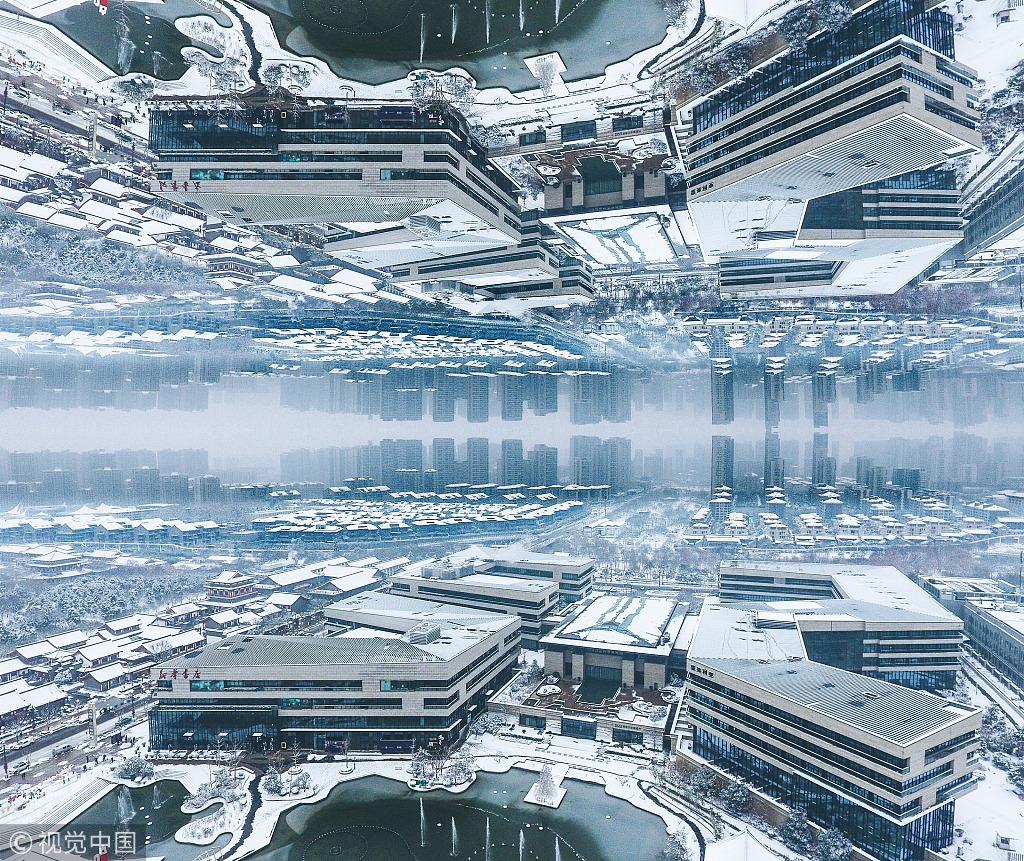 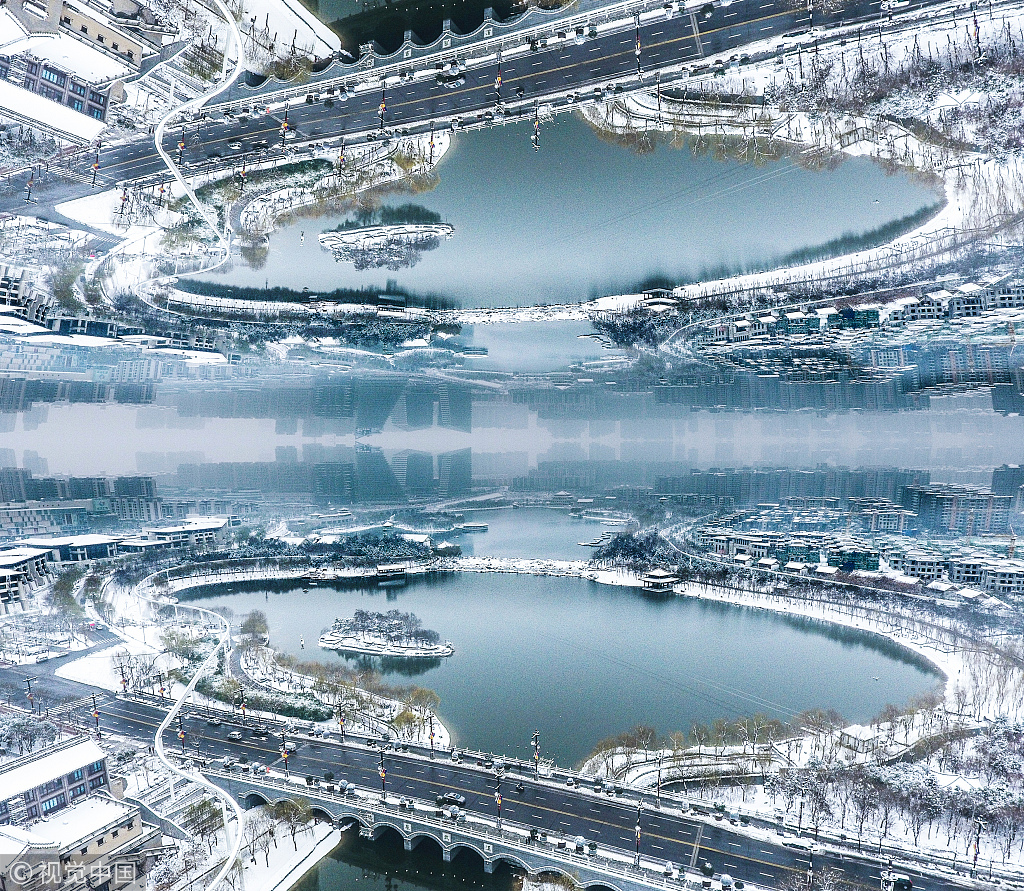 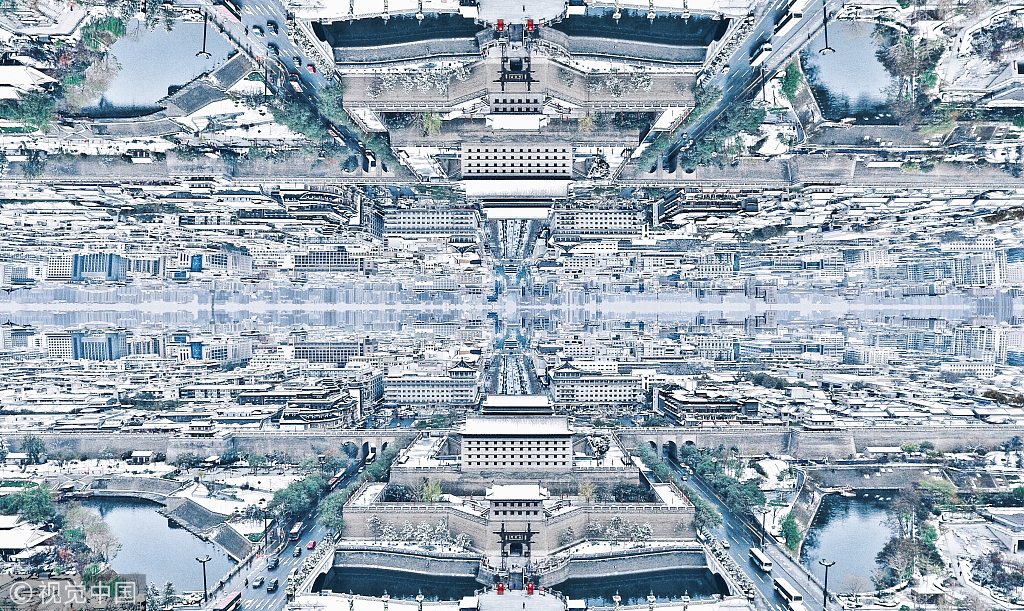 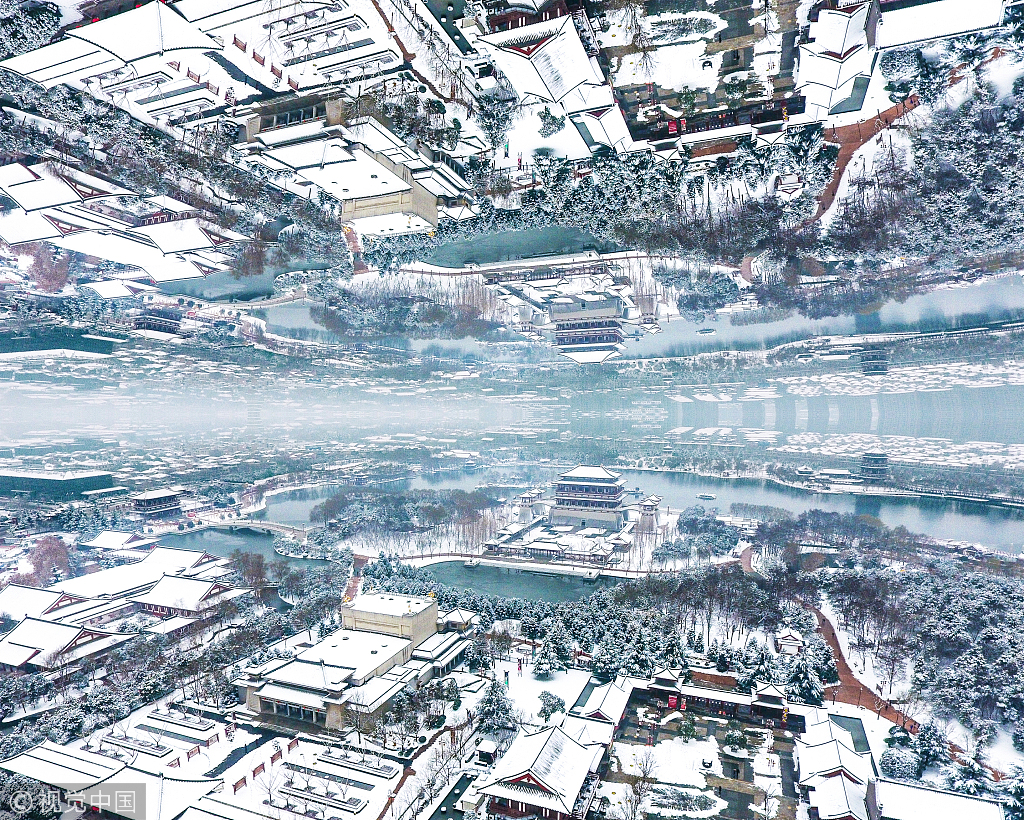 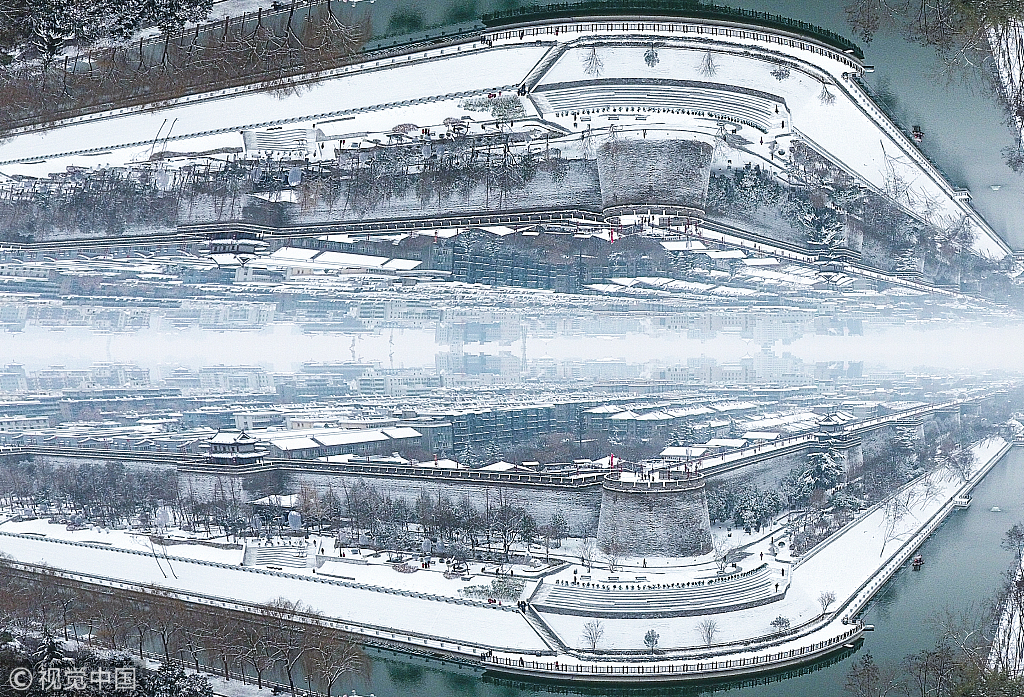 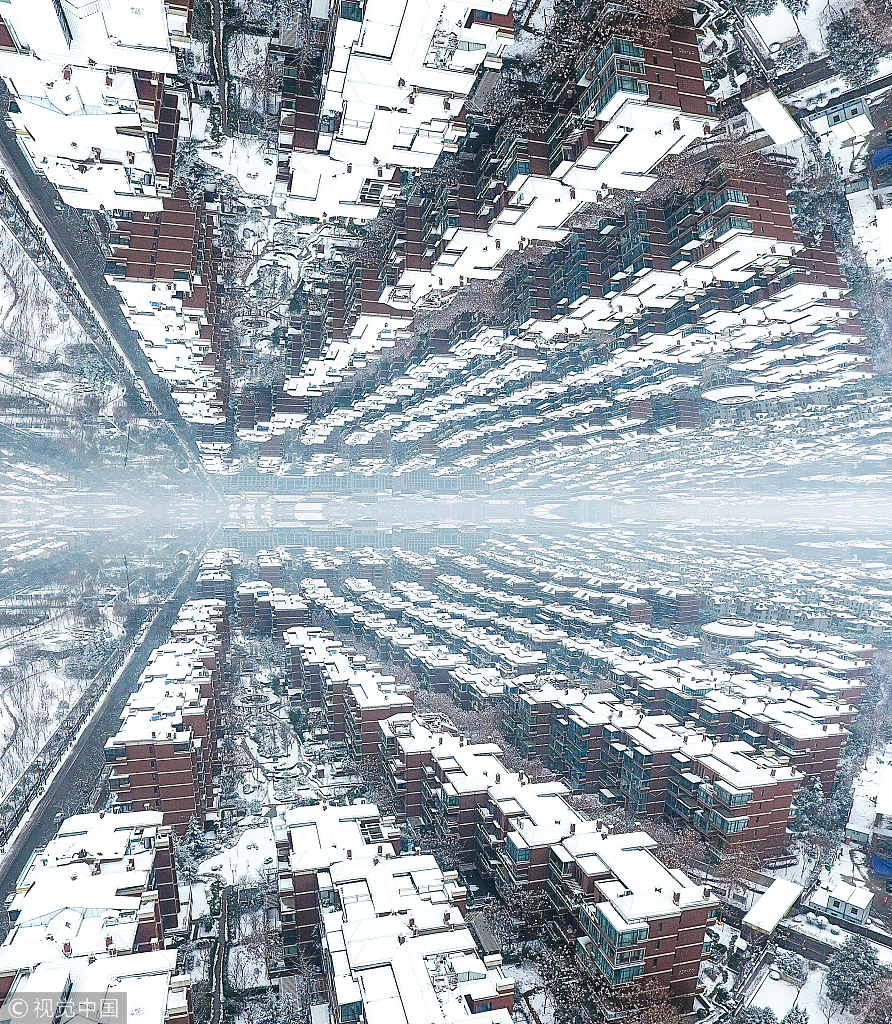