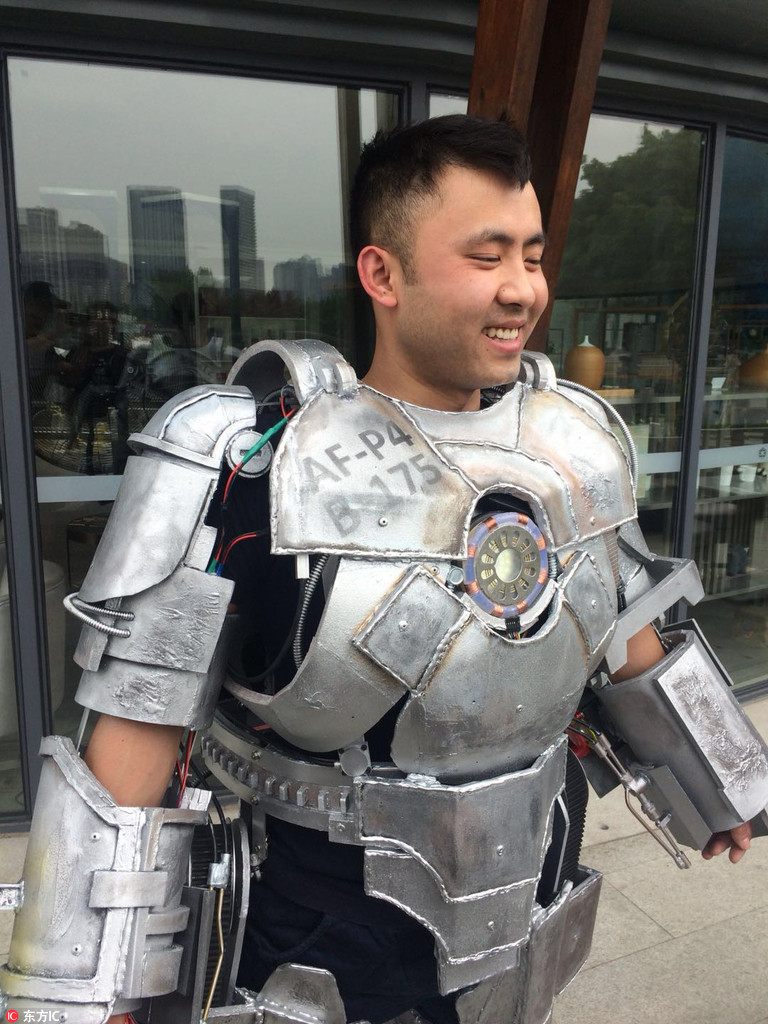 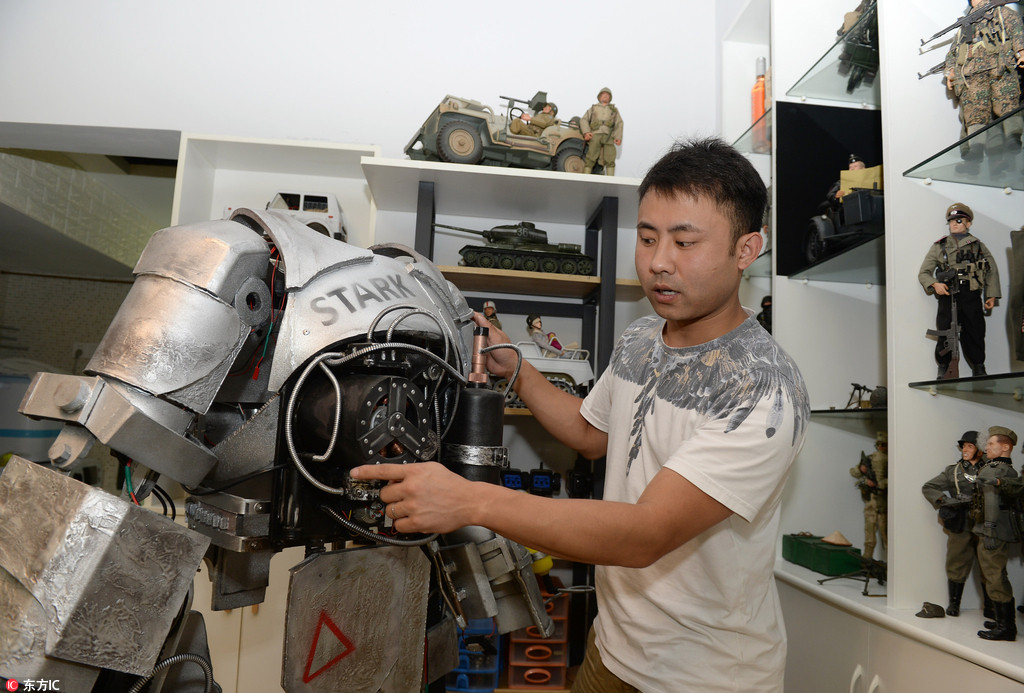 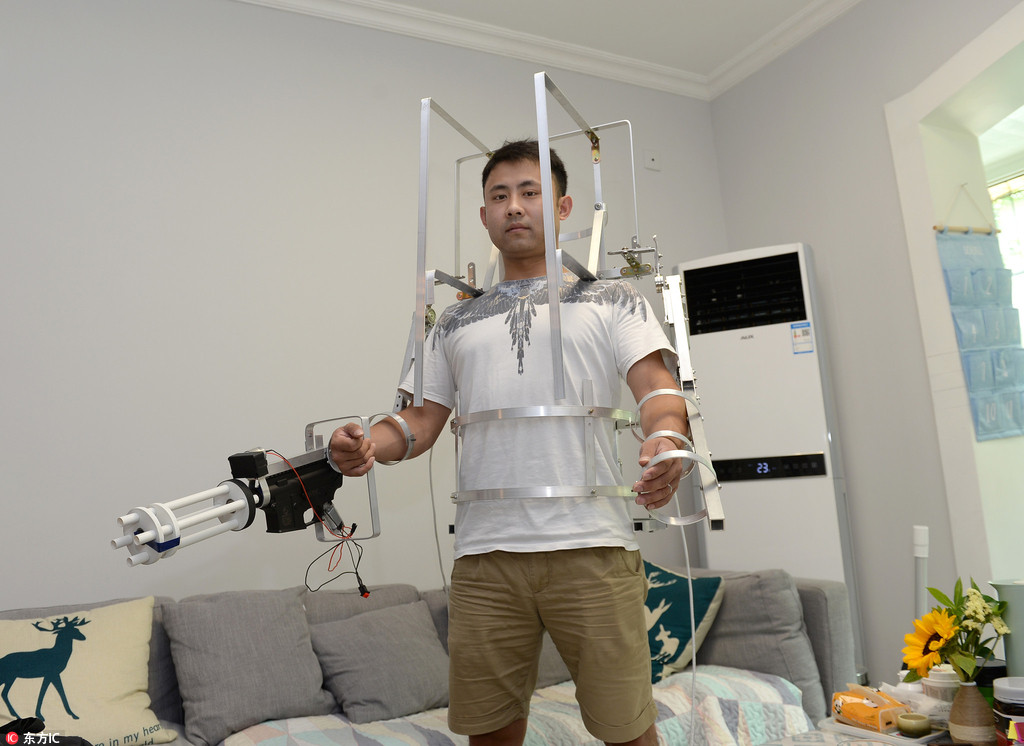 The replica not only resembled the shape and appearance of the first Iron Man suit, Mark I, but also its audio and visual effects when mobilizing the joints. 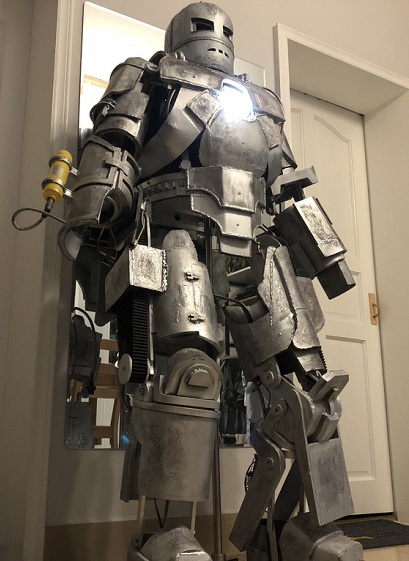 The “takh-takh" sound gives it a retro mechanical feel.Its shell is based on a human body structure, made of high density cystosepiment, and the leg movements are controlled by gears and belts. 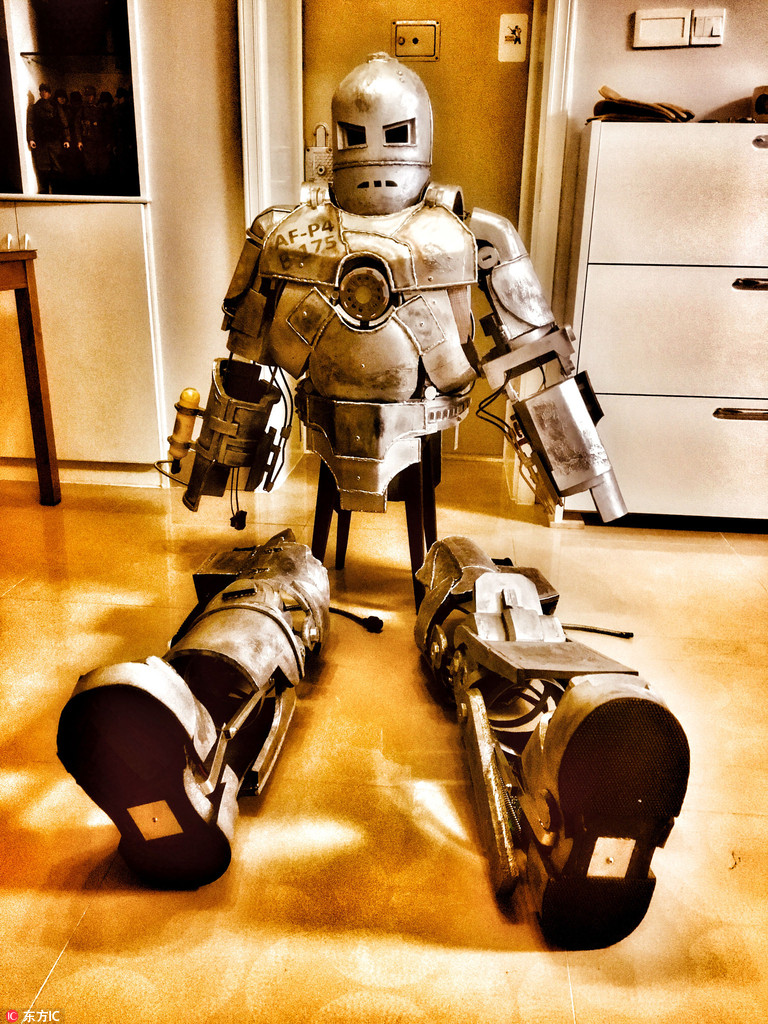 The jet engine was made with the faucet of a water dispenser and water gun, Liu bought it online for 9.90 yuan ($1.45), including postage. 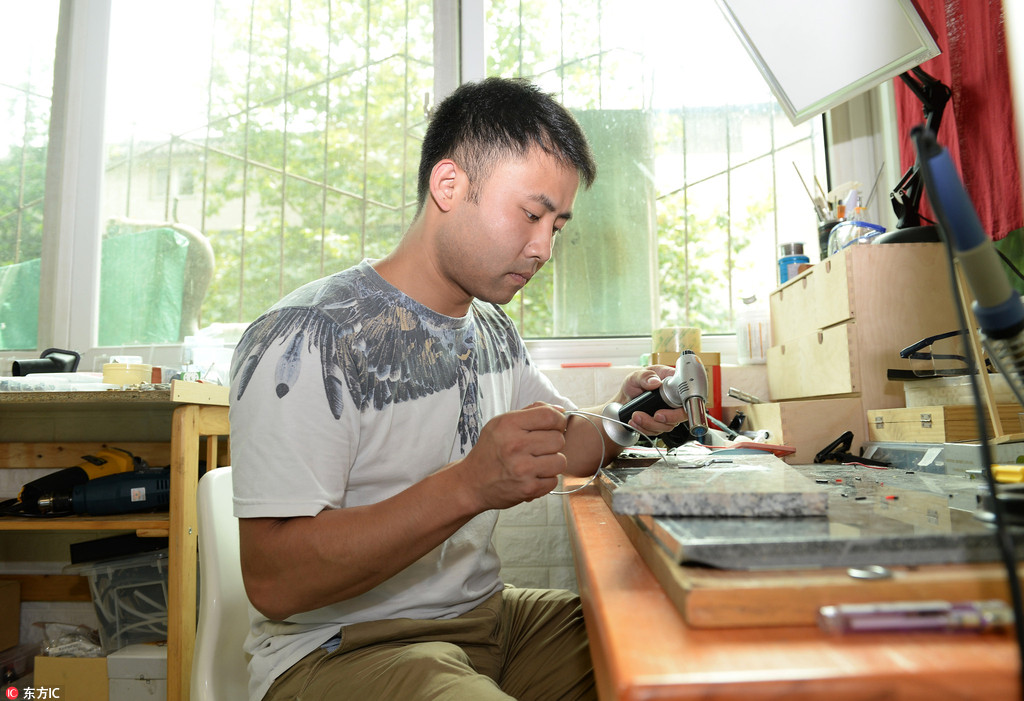 A total of 400 hours, about one month and a half were spent to finish the suit. Lighting the engines, bends his knees, and the next minute Liu seemed to be ready to ascend into the air, hovering and defying gravity.