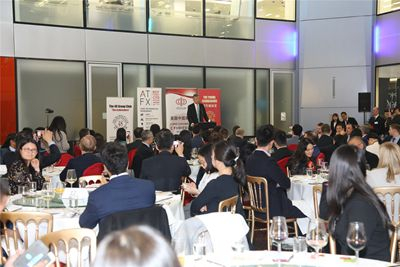 Chinese Ambassador to Britain Liu Xiaoming reiterated on Friday that fully and faithfully implementing "One Country, Two Systems" is key to sustained prosperity and stability in Hong Kong.

The Chinese ambassador made the remarks at the 11th anniversary dinner of the Young Icebreakers in London, a leading network which acts as a bridge between Chinese and British young professionals.

He mentioned that the British Government and Parliament had published so-called reports on the Hong Kong question and interfered in China's internal affairs as well as the affairs of Hong Kong.

"This has severely disrupted and undermined China-UK relationship," he stressed.

Liu then highlighted that mutual respect between China and Britain is critical to maintain the sound development of the bilateral relationship.

Numerous obstacles have been overcome and remarkable successes achieved during the past 65 years since China-Britain diplomatic relationship was established at the charge d'affaires level, he said.

One important lesson the two sides have learned from the history of China-UK relationship is mutual respect, he said, noting that this means the two countries should respect each other's sovereignty and territorial integrity, refrain from interfering in each other's internal affairs, and carry out equal-footed and mutually-beneficial cooperation.

"A stable and prosperous Hong Kong is in the interests of both China and the UK. There are 300,000 British citizens and more than 700 British companies in Hong Kong. The connections and exchanges between the UK and Hong Kong are extensive and close," Liu made the remarks at the end of his speech.