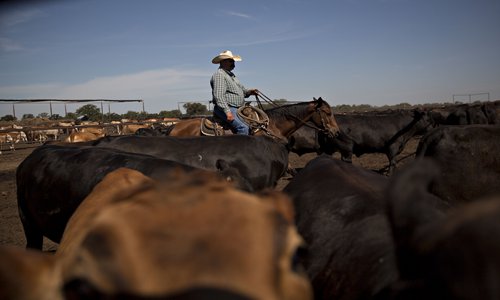 An employee rides a horse through a pen of beef cattle during twice-daily health and safety inspections at the Texana Feeders feedlot in Floresville, Texas. (Photo: VCG)