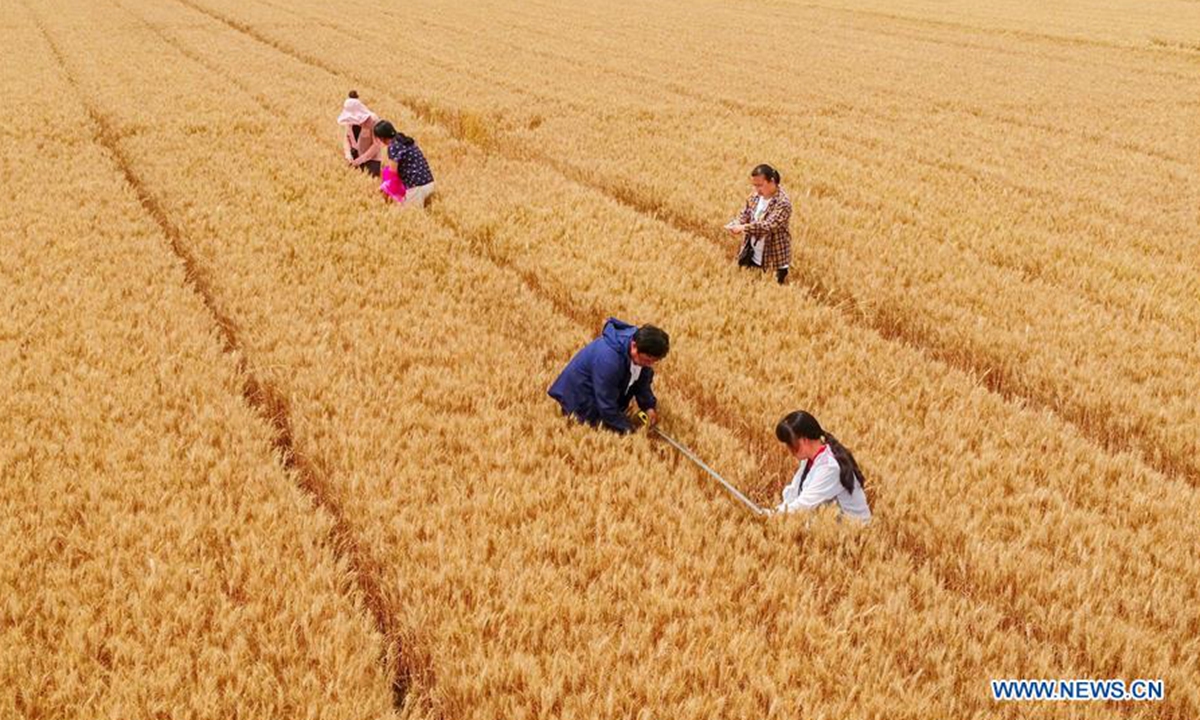 China has abundant supplies to ensure the country's food security, an expert said Saturday after media reports conflated a campaign to end food waste, the coronavirus pandemic, international conflict and extreme weather with the potential for a food crisis.

Huang Jikun, Director of the China Center for Agricultural Policy at Peking University, was quoted by China Science Daily as saying that China's food security can be fully guaranteed in the short term.

In 2019, the country's total grain production reached a record high of 664 million tons. The harvest provides 474 kilograms per person, significantly higher than the internationally recognized safety line of 400 kilograms per capita, data shows.

Some Western media have falsely reported that China is facing a looming food crisis due to the severe flooding in southern China, and the growing tensions between China and the US.

"Tense relations between China and much of the Western world, and the coronavirus pandemic, may make importing a lot of food trickier in the future," CNN reported on August 9, adding that heavy rains expected throughout the month would pose a serious threat to the country's wheat and corn harvests.

"The more urgent task for China in the next 2-3 years is the destocking of wheat and rice," Huang stressed. Current grain stores far exceed demand, and stocks of wheat and rice are greater than last year's annual production. Spring-sown areas stabilized as COVID-19 was brought under control and this year's summer grain output surpassed last year's by 0.9%.

"However, we must stay alert as the pandemic is still rampant in many parts of the world, and uncertainty is growing on the global market," Huang said.

The recent decline in government wheat purchases has also stirred speculation, but Huang says the decline is because the current market price is higher than what the government pays, and allows farmers can make more money.