CHANGCHUN, April 16 (Xinhua) -- An Amur leopard was caught on camera in a nature reserve in the northeastern province of Jilin, the local forest management bureau said Tuesday. 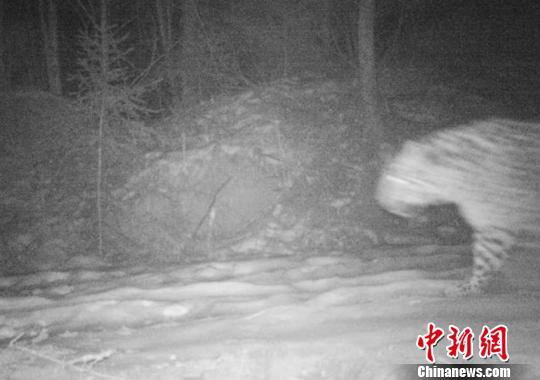 The infrared cameras photographed an adult leopard on Feb. 3 in Jilin's national park for wild Siberian tigers and Amur leopards.

Siberian tigers were last spotted in the reserve on March 25. 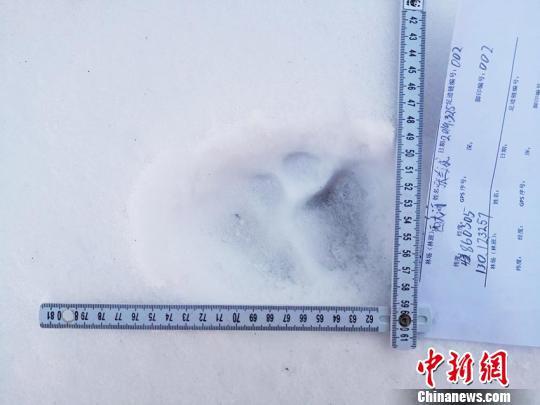 The footprint of an Amur leopard. (Photo: China News Service)

The amur leopard was first captured in the park's Tianqiaoling branch office, said Feng Limin, vice director of the monitoring and research center of Siberian tigers and Amur leopards of China's forestry and grassland administration.

The leopard's presence suggests the species' migration towards the Chinese territory from a trans-boundary area of China and Russia, and a rising population due to the reserve's improved environment, Feng said.

According to the national park, there are at least 27 wild Siberian tigers and 42 Amur leopards in China. 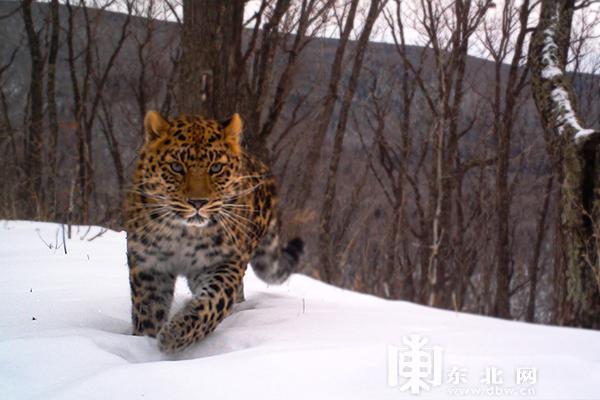 An Amur leopard in Southern Laoyeling of Heilongjiang Province in 2015 (File Photo: dbw.cn)

The Amur leopard is one of the world's most endangered big cats.

There are fewer than 70 Amur leopards on earth. Most live in Russia's Far East, northeastern China and the northern part of the Korean Peninsula.