An unexpected memorial in panda's hometown 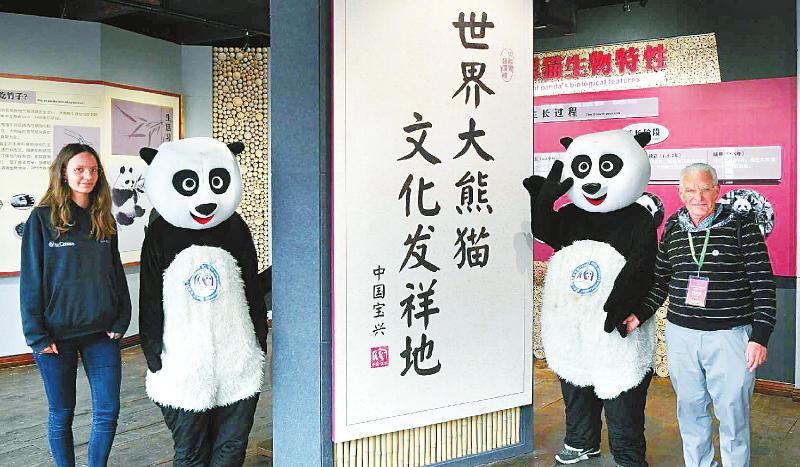 About a century ago, Father Armand David, a French Catholic priest, zoologist and botanist, came across a black and white fur hide in Baoxing County, the city of Ya'an, Sichuan Province, which was found to belong to a species totally new to science -- the giant panda.

With respect to David and curiosity about China, a group from David's hometown, Espelette, France, came to the village 150 years later, including the descendants of David's brother.

The active promoters of the journey, the Darraidou couple, however, were not among the visitors. Andre Darraidou, also a former mayor of Espelette, died of illness Wednesday last week.

Andre Darraidou was among the very first French to visit the village.

He made four trips to China, the first in 2000 to follow in the footsteps of David and the most recent in 2017, actively planning for the 150th anniversary of the giant panda's scientific discovery.

During his trip in 2004, Darraidou worked temporarily as a chef in Chengdu, capital of Sichuan, using peppers from his hometown to cook chili chicken, a traditional Sichuan dish. He donated the proceeds from the food to Baoxing for the construction of a giant panda exhibition hall.

On Monday morning, beside the giant panda exhibition hall in the county's Catholic church where David lived, two glasses of wine were set up next to Darraidou's picture, as these wines were his favorite.

His Chinese friend Gao Fuhua told others that Darraidou was a tall, friendly man who was able to speak simple Mandarin like "nihao" (hello) and "xiexie" (thanks) and was able to eat with chopsticks. He added that in Sichuan, the province famous for its spicy cuisine, the foreigner never showed any discomfort at the table but ate what the locals ate. 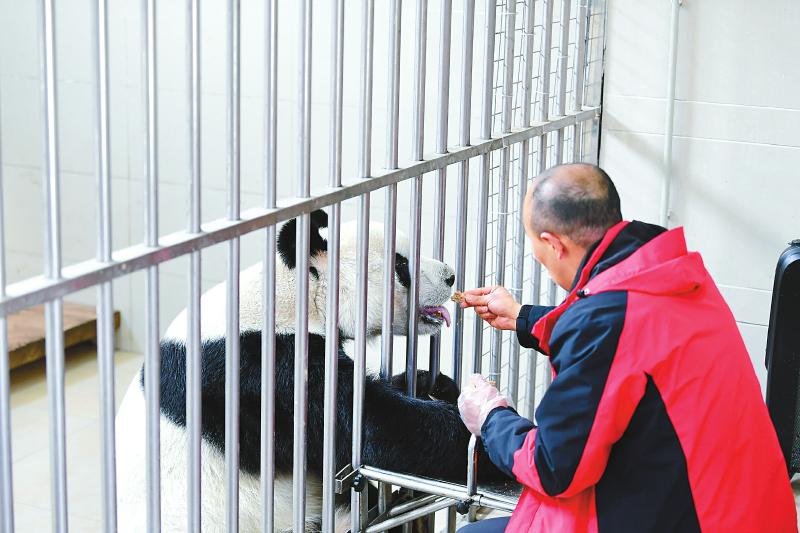 Both the locals and French guests familiar with the history would agree that Darraidou was the "bridge" between the two small towns.

For nearly 130 of the 150 years since David discovered the giant panda, the two worlds were totally isolated until Darraidou's visit along with David's descendants and countrymen.

The former French mayor's frequent visits drew the interest of the French ambassador to China and other dignitaries at the time, making Baoxing known to foreigners as the hometown of the pandas, which also chimed in with Baoxing's aspiration to develop cultural tourism.

Giant pandas, which once surprised David and inspired Darraidou with an image of another world, now gave the 47 guests a dream within reach.

"It is a dream for all the French to see pandas," said Jean Marie Iputcha, the incumbent mayor of Espelette. "Seeing pandas at the zoo is different from watching them in their natural environment. We can feel that they are happier in their hometown."

In the Bifengxia Nature Reserve, the French guests saw rolling giant pandas for the first time, who were climbing up and down the trees, hanging upside down and munching on bamboo, a stark contrast to the specimen in the Natural History Museum in Paris.

Jean David, 72, the great-grandson of David's brother, was surprised by China's endeavor to preserve the church where David stayed and the history of the giant panda discovery.

"I hope mine and my brother's children can not only come to visit China but also learn Chinese because China is both today and the future," said Jean David.

Iputcha is to retire next year, but he hopes to keep in touch with Sun Qian as he found "the exchanges between Sichuan and Espelette important."

Sun Qian, former vice mayor of Ya'an, has been an enthusiastic promoter together with Darraidou since they first met in 2000.

He spent 10 years studying the history and culture of the giant panda before he compiled a book entitled "Notes of the Giant Panda Culture." The book, published in Chinese, French, and English, helps worldwide readers better understand the black and white animal.

Oriane Duchemin, 17, is the youngest member in the French group. She did not hear about David until six months ago when she and her parents prepared for the trip.

"I want to become an ambassador when I come back home and tell my friends and others my experience here and David's story about pandas," said Duchemin.