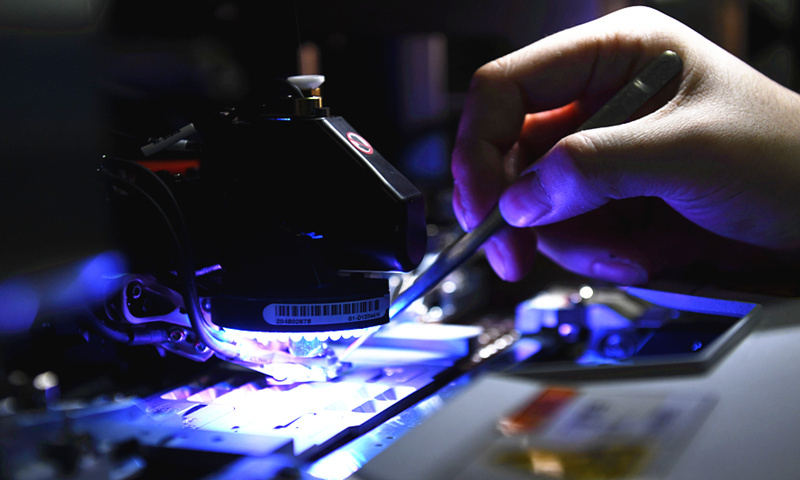 Chinese analysts on Sunday warned that the US might thwart Chinese fund Wise Road Capital's planned acquisition of South Korean semiconductor giant Magnachip Semiconductor over fear of China's rising chip manufacturing capability, after the Committee on Foreign Investment in the US (CFIUS) stepped in to review the merger.

Magnachip said on Friday that it had received an email from the US Treasury on behalf of the CFIUS requesting the firm to file a notice concerning the merger and thereby undergo the CFIUS' review.

In the statement, Magnachip said it believed that "there should not be any approvals required for the merger in the US," but said that it would still cooperate with the CFIUS.

The CFIUS' call for a review has sparked worries among Chinese telecom analysts as to whether the US will again move to block the merger, as it did with similar deals, like ENN Group's acquisition of one of Toshiba's units.

"Chances are high that the CFIUS will move to block the merger," said independent tech analyst Xiang Ligang, adding that the CFIUS might give some ambiguous reasons for doing so, such as monopoly power or national security. Or, it may just postpone approval for a very long period.

Fu Liang, a Beijing-based analyst, also expressed worries that the US might block the merger, though he told the Global Times that it's possible that the CFIUS might approve the deal under certain provisions, such as demanding that the merger wouldn't hurt US companies' interests, or that Magnachip must operate independently after the merger.

"It's hard to predict the results of the review. Maybe it will depend on Magnachip's business scale and its business influence in the US," Fu said.

The proposed deal comes at a time when the world is facing a severe shortage of chips, with many industries like car companies feeling the pinch. The US is also drawing in companies like Samsung to ensure chip manufacturing.

But experts said that it's China's technology rise that the US is most afraid of.

"The US might fear that China won't need to buy US semiconductor products once it has the ability to make them on its own with help of resources and technologies from overseas companies it acquired," Xiang said.

Fu also said that the US is also worried that China might narrow its gap with US companies through such deals.