New developments are being reported connected to a long-running legal battle between a Dutch man and a village in Fujian over the ownership-rights of a Song-dynasty Buddha statue. 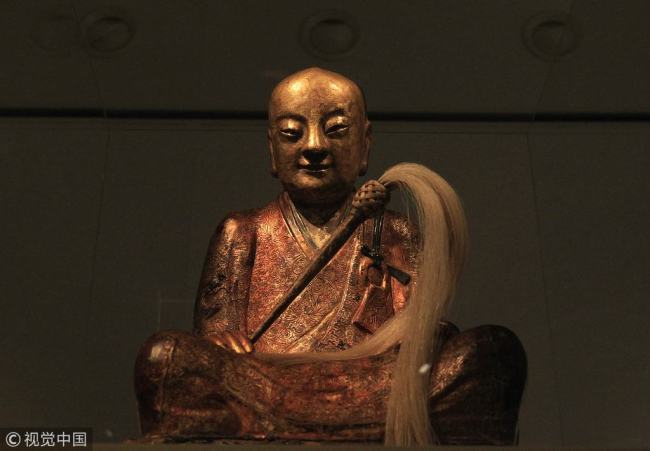 The Zhanggong Zushi Buddha statue at an exhibition in Hungary in March 2015. (File photo: VCG)

Oscar van Overeem now says he hopes to help his one-time legal opponents retrieve their lost relic, despite no longer retaining ownership of the over 1,000-year-old item, reports the Xinhua News Agency.

"I have been known as a relentless and ruthless guy who has stolen a Buddha statue from China and refused to return to it," said van Overeem, "The incident has influenced my reputation and career."

While saying he is no longer in possession of the relic, van Overeem says he intends to persuade the current owner to return the statue to China. "My only goal is to help the villagers and current owner come to an agreement through an operational plan to return it."

The dispute itself dates back nearly 4 years. Villagers from Yangchun were made aware of a TV broadcast in March 2015 which showed an art exhibit in Hungary which appeared to show the Buddha statue fitting the description of one which had been stolen from their village temple years earlier.

After a failed appeal to van Overeem directly to return the statue, the villagers came together and filed a suit in Amsterdam to try to claim the relic. However, a court in Amsterdam ruled against the Yangchun villagers in December, 2018.

"We will never give up trying until the statue is retrieved," Yangchun villagers are being quoted as saying. The report by the Xinhua News Agency also suggests the villagers intend to continue filing suit.