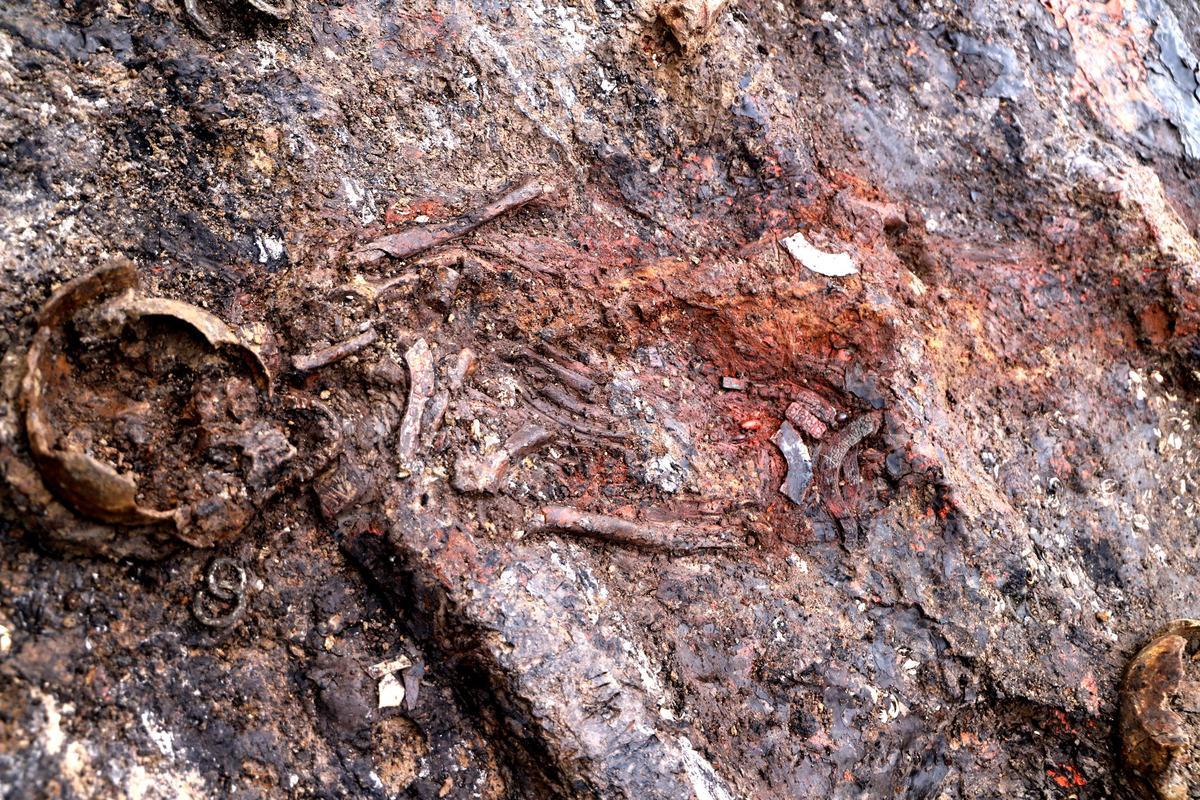 Funerary objects are found in a newly discovered grave with a history of more than 2,600 years in Luoyang, Henan province. (Photo provided to chinadaily.com.cn)

A grave that could be 2,600 years old was recently discovered in Xuyang village of Luoyang, Henan province, according to the Luoyang Cultural Relics and Archaeology Research Institute.

Archaeologists believe it to be the gravesite of a rongren family — a general name for ethnic minorities in the country's western areas during the Spring and Autumn Period (770-476 BC).

"The grave is well preserved. We have discovered many funerary objects in it, including bronze ware and a jade banzhi," said Wu Yeheng, an archaeologist with the institute, referring to a jade thumb ring that protected an archer's finger.

The site of the grave is located in a burial complex in Xuyang village, Yichuan county, called Xuyang Cemetery. About 150 graves have been discovered since 2013. Among them, 12 are medium- or large-scale and include funerary objects and sacrificial pits, according to Luo Feng, a professor at Northwest University.

The graves belonged to the Luhunrong, a nomadic people living in northwestern China during the Spring and Autumn Period, who migrated to Yichuan county in Luoyang in 638 BC, according to historical records

The new discoveries will be useful in research about migrations and the integration of different ethnic culture, Wu said.