What the world thinks today, the Greeks thought thousands of years ago.

Take a sneak peak at  the China Science and Technology Museum (CSTM), Beijing, to get a sense of the innovative Greek mind amid growing bilateral ties with China.

From portable analogue computer, which can accurately calculate the position of the sun, the moon and possibly the planets in the sky, robots that can walk and pour drinks to automatic theatre and slot machine, the CSTM is a one-stop destination for a wide range of Greek scientific and technological prowess. 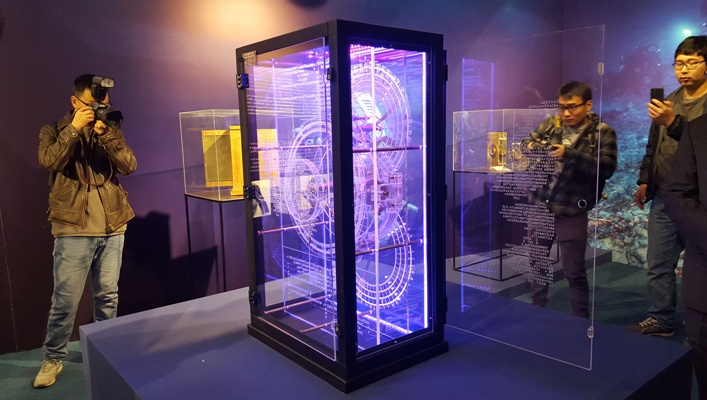 An interactive model of Antikythera Mechanism, an ancient Greek analogue computer dating back to the 2nd- 1st century BC. (Photo: Du Mingming)

"EUREKA! Ancient Greek Science, Art and Technology Exhibition" was officially opened to the public at the CSTM on  November 3, 2017. The exhibition is jointly organized by the CSTM and Museum Herakleidon, Athens, Greece.  Altogether, 53 models and demonstrations are on display. The exhibition will be on till March, 7, 2018. 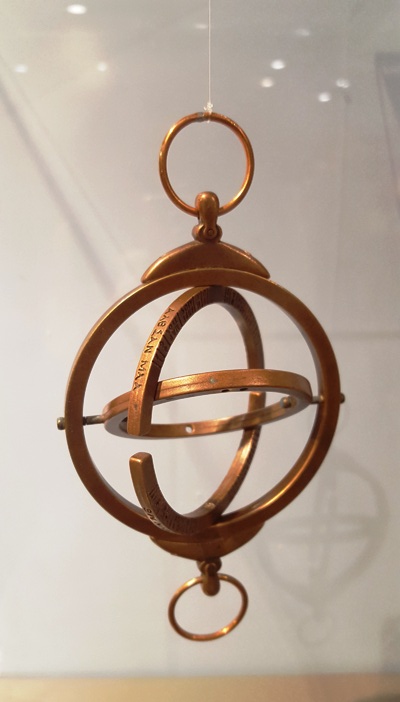 Visitors to the CSTM will have free access to pioneering Greek inventions up, close and personal. The exhibition showcases a broad scientific spectrum --- from building and public works, measurements of space and time, mechanical engineering, automaton, astronomy, shipbuilding to technology in arts and sports, military technology and telecommunications. 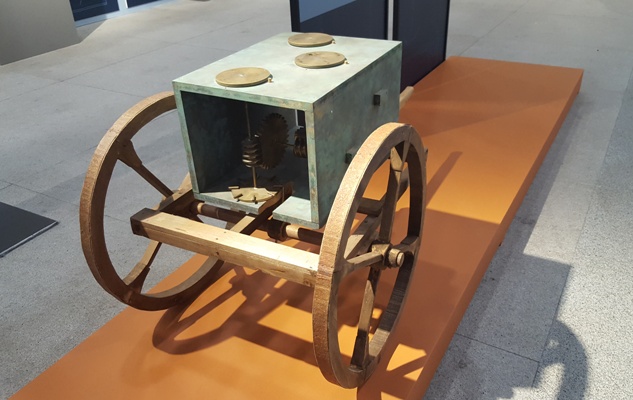 Visitors were impressed by the exhibits that embodied ancient Greek’s innovation and wisdom. A girl, nicknamed Caicai, even held a live streaming on her smartphone to introduce each and every exhibit to her social media followers. 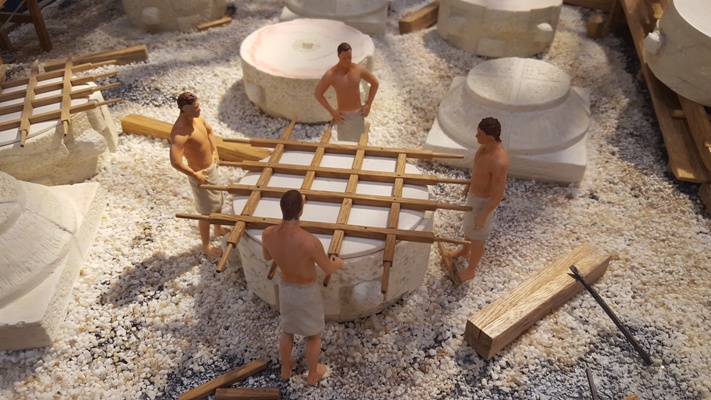 Ancient Greek techniques that have been used to build the Parthenon Temple in Athens. (Photo: Du Mingming)

“This is the first time so many objects in various themes are on display,” Pavlos Firos, founder of Museum Herakleidon, told People’s Daily app. He said that although China and Greece are far apart, both civilisations encourage innovations and foster new ideas. He is looking forward to further cooperation with the  CSTM to promote mutual understanding of achievements and enhance friendship between the two great nations. 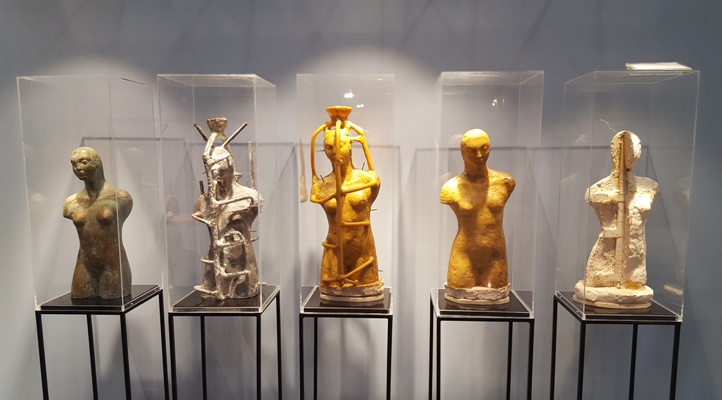 On September 21, 2017, an exhibition of ancient Chinese science and technology opened in Museum Herakleidon to celebrate the ongoing “China-Greece Cultural Exchanges and Cultural Industry Cooperation Year”.

According to Yin Hao, curator of the CSTM, the exhibitions are a culmination to implement China’s ambitious “Belt and Road” initiative. Besides, it is a good start for  the collaboration between the CSTM and its Greek partners. 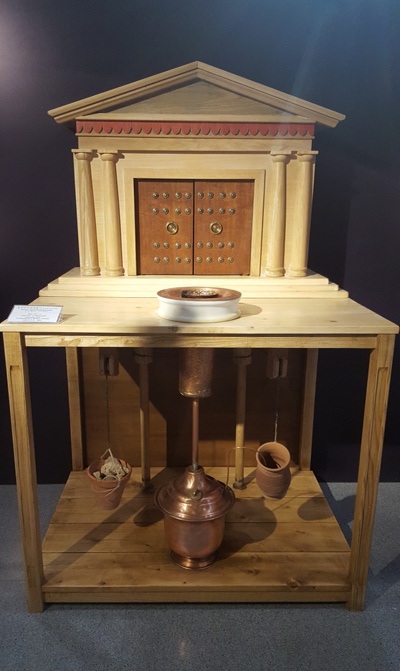 Strengthening people-to-people contacts was in line with vibrant diplomatic and economic ties between the two countries which would help understand each other better, she said.

For the uninitiated, “Eureka! is a cry of joy or satisfaction in Greek when one finds or discovers something. 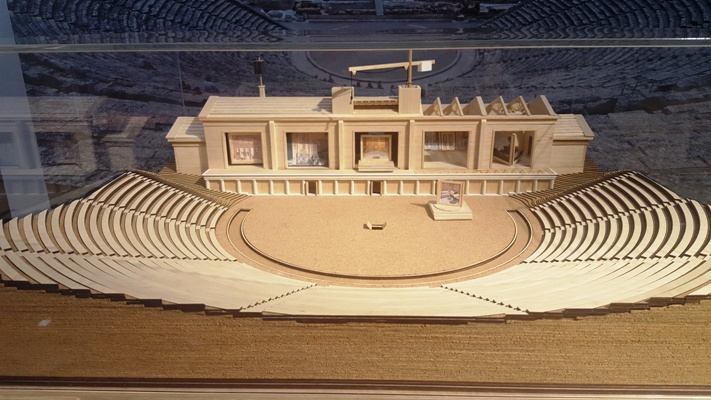 The word is attributed to ancient Greek scholar Archimedes, who had uttered in joy after discovering the principle of buoyant force of water in a bathtub. 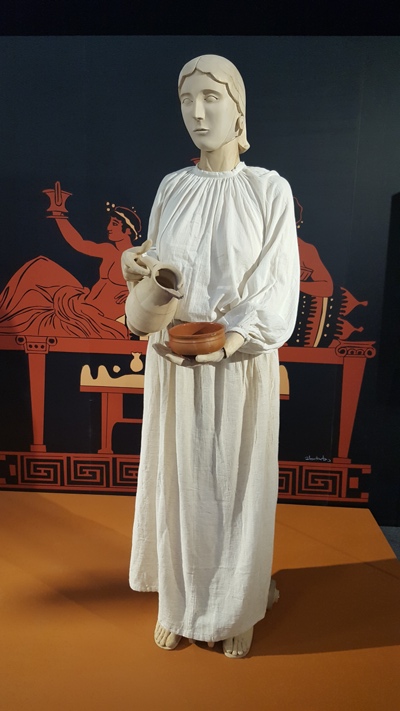 A moving automatic servant made by Philo and Heron. (Photo: Du Mingming)