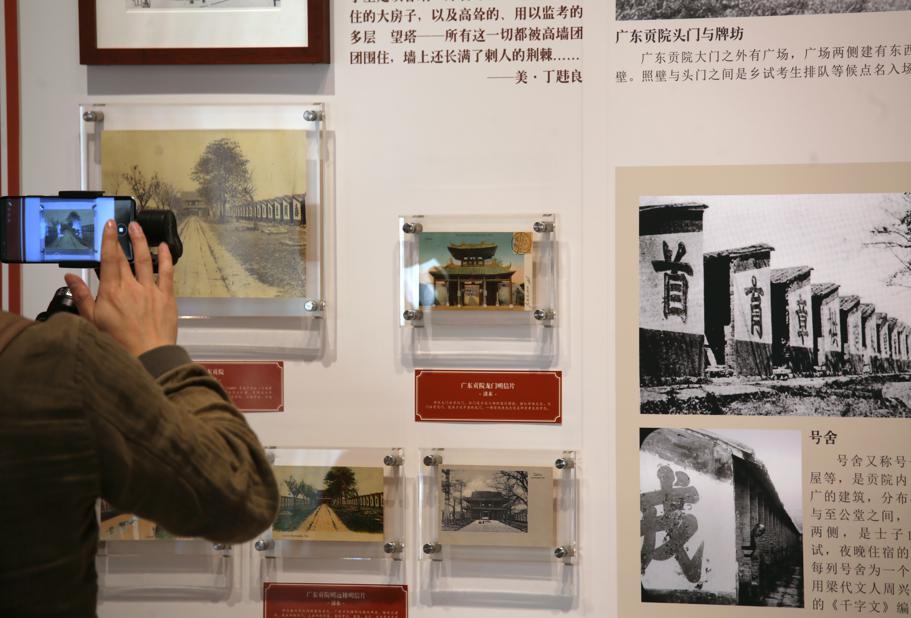 Residents visit a special zhuangyuan cultural exhibition which showcasing the life track and achievements of the zhuangyuan in South China's Guangdong province. Photo by Zheng Erqi/chinadaily.com.cn

A special zhuangyuan cultural exhibition kicked off in Guangzhou, Guangdong province, on Tuesday, showcasing the lives and achievements of the top scorers in imperial examinations in ancient Chinese dynasties.

The exhibition will run until the end of February in the city's Luxun Museum. It has three parts, including historical documents, photos, videos, objects and related materials demonstrating China's ancient imperial examination system.

It combs the cultural resources of imperial examinations in Guangdong to carry forward excellence and enhance cultural self-confidence.

The man who came second was known as bangyan while third place was tanhua. Such top scorers can be recruited as high-ranking government officials.

China's imperial examinations, which started in the Sui Dynasty, continued for more than 1,300 years before ending in the Qing Dynasty (1644-1911).