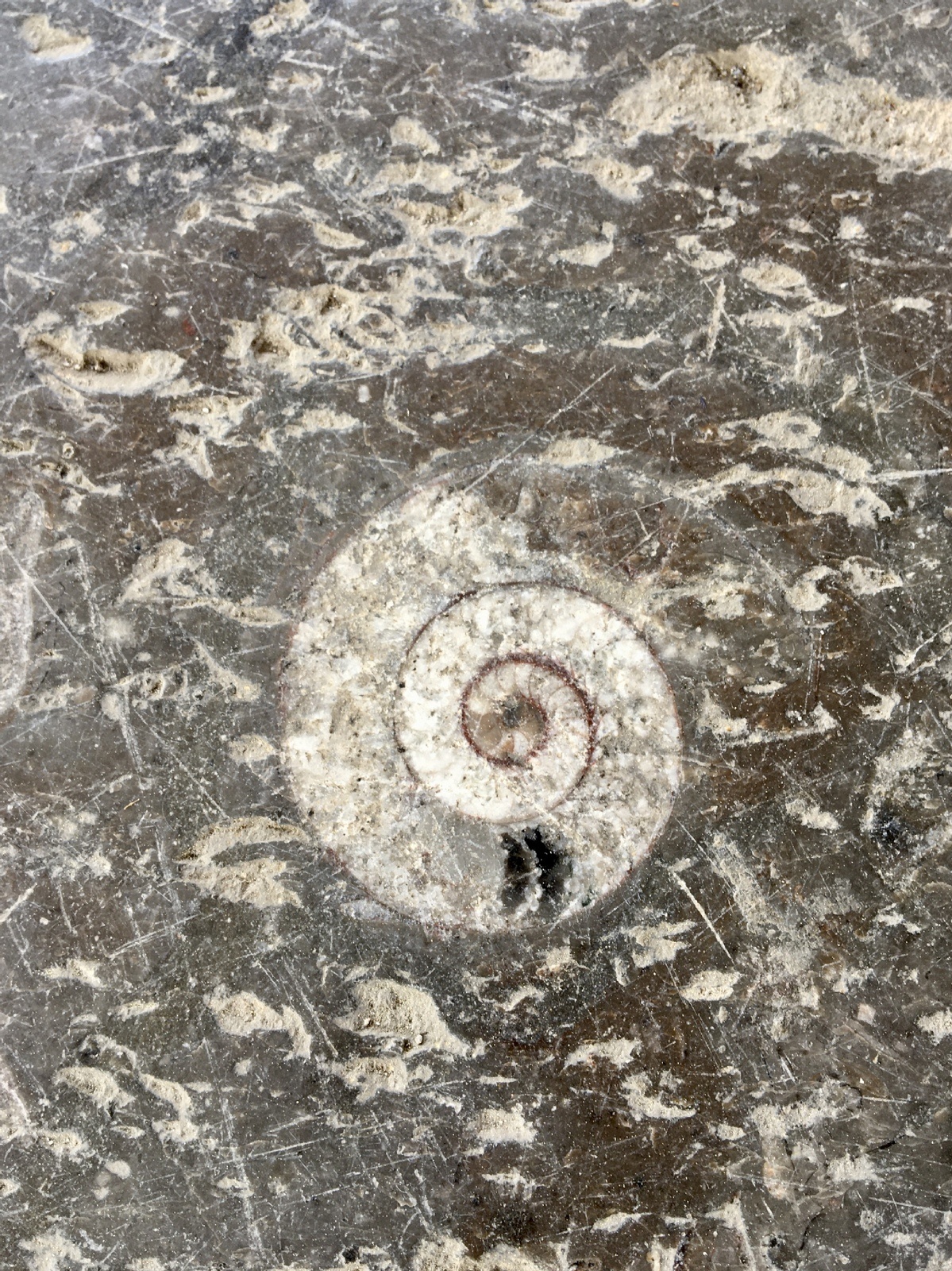 The fossils, in shapes of spirals, arcs, cones and ripples, are visible on public buildings, slate roads or steps, with some of their shells and microstructures discernible.

Similar fossils also appear on the tour path in the Zhangjiajie Huanglong Cave, the Tianzi Mountain and the Jinbian Stream, which are found and described by tourists online.

"Some are like small shrimps, some snails. Big ones stretch across the whole stone step, while some are only thumb-sized," a netizen called Ami said in a travel blog at sina.com.

Xing Lida, an associate professor from the Beijing-based China University of Geosciences, recognized the fossils mostly as Sinoceras fossils, which originated in the Ordovician limestone layer in South China.

"These fossils can easily be found on roads, riverside paving stones in Zhangjiajie," Xing said.

According to the official website of the Ministry of Natural Resources, Sinoceras fossils, also known as "Chinese hornstones," are common in nature. Either straight or coiled, the shells of Sinoceras are usually hard with ripple marks on the surface.

As one of the most important and dominant cephalopods back then, Sinoceras lived in the Middle Ordovician age about 470 million years ago.

"In accordance with relevant regulations for paleontological fossil protection, limestone with common fossils in it can be used to pave the road," said Hu Nengyong, former curator of the Geological Museum of Hunan.

"It adds a kind of artistic beauty to the resort," Hu said.