Ancient poems give life a rhyme 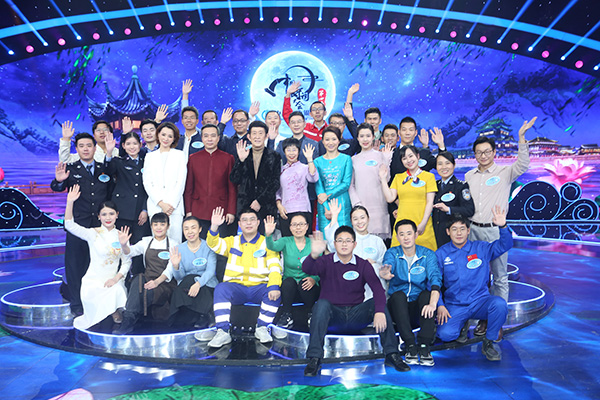 Some of the participants with the production team after this season's contest of the Chinese Classical Poetry Quiz Show, which concluded last month.[Photo: China Daily]

Verse written centuries ago still resonates with an audience who appreciate the wisdom of the ages, Chen Meiling reports.

Chinese poems have found a way to bloom in the hearts of people centuries after the lines were written. Their beauty, philosophy and wisdom can inspire generations to go beyond their daily routines and infuse them with a passion to help them overcome the slings and arrows of misfortune.

He starred in China Central Television's Chinese Classical Poetry Quiz Show alongside people from all walks of life.

Ma, 23, impressed the audience at last month's final in front of a myriad of viewers, according to Yan Fang, the director.

Ma was among the hundreds of poetry lovers who were selected from some 300,000 applicants.

"Chinese classical poems have been around for thousands of years, and the poetic essence is in the blood and genes of the people," says Yan.

The poetry quiz show brought a new format to the audience with competitions and games to make the poems more relevant to today's life.