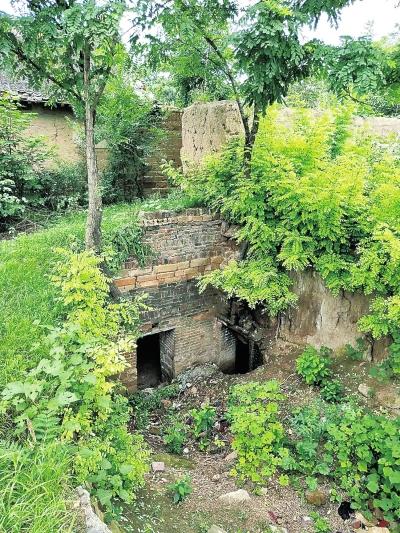 A well-preserved 500-year-old underground maze underneath an ancient village in Northern China’s Henan Province was recently discovered, reported Dahe newspaper. Researchers said the caves were four meters underground which the villagers once used as war-time hideouts.

Huangbei Village sits at the foot of the Dalu mountain range northwest of Jiaxian County. Wang Jinling, the village secretary, vowed to do all he could, along with the villagers, to protect and preserve the underground hideout so the potential tourist attraction could open to the public as soon as possible. 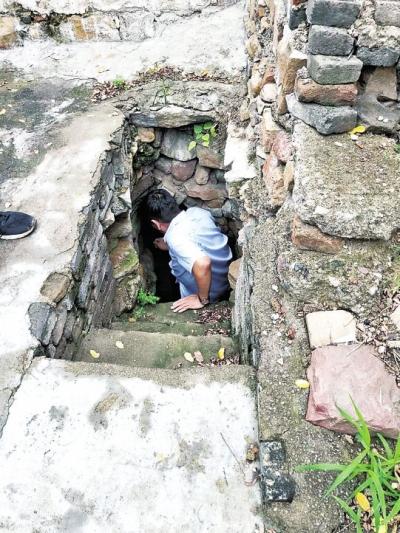 The cave’s entrance is a hole just big enough for one person to enter. Once inside, after a walk short walk along the stone steps a broad underground room reveals itself.

The cave was equipped bedrooms, a kitchen and a storage space. The Tukang (a heated adobe bed) and a Tuzhentou (heated pillows) are featured in the bedrooms.  Smoke traces could still be seen in the kitchen next to a stove. It is believed that the villagers used the space as an escape shelter during times of conflict and war.

At the end of the storage space, a covered hole served as the entrance leading to a path that connected homes next door.

At the end of the Song Dynasty (960-1279), villagers here were victimized by the ongoing wars. To fight against robbers and bandits, they built the underground caves.

Over 60 families lived in the village and each family had their own cave that was connected to others. 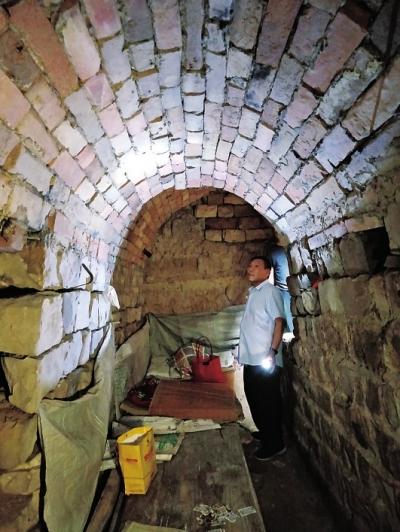 The homes were shaped like the Eight Trigrams, so the underground caves looked like a huge maze. Based on the structure, four gates named Azure Dragon, White Tiger, Vermillion Bird and Black Tortoise were built. Access to the four gates reached each family.

Between the gates, solid ground walls stood. The villagers could take advantage of the walls to see how far away an approaching enemy was. In the era of cold weaponry by foreign enemies, the underground maze was used to safeguard the villagers.

Wang knew this underground maze must be protected.  It was through his guidance that the villagers started to repair the caves underneath their homes. Wang reached out to provincial cultural relic experts so they could identify and record the underground hideout.

The experts pointed out that the preserved heritage site dated back some 500 years and holds an important cultural value for studying what it was like to live underground back then.

Wang spoke proudly of Huangbei’s rich cultural deposits and said that Confucius once stationed his chariot outside of the village during his travels across China. The Chema (chariot and horse) temple was later built in honor of Confucius and even features an original Huanglao Taoist sculpture.