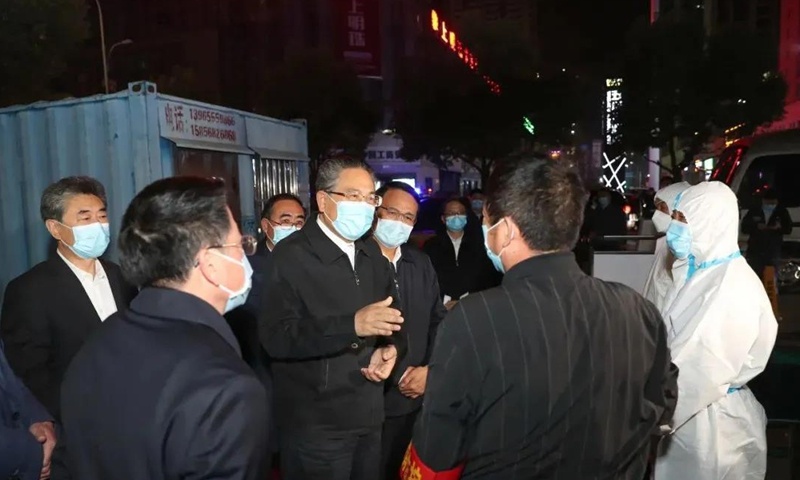 East China's Anhui Province announced on Wednesday it was entering "wartime mode" after one COVID-19 case related to Shanghai was reported on Tuesday. The province has emphasized prevention measures as well as epidemiological surveys related to the case.

The patient is a close contact of the case reported in Pudong New Area, Shanghai, on Monday.

Under the guidance of provincial and municipal health experts, 15 branch investigation teams have carried out a comprehensive epidemiological investigation. Close contacts of the patient, surnamed Lan, were identified through tracing of the bus related to the case and its movements.

There had been no COVID-19 cases reported in Anhui for 257 days until the case discovered in Yingshang county, Fuyang city.  The province Party chief Li Jinbing rushed to Fuyang to inspect local prevention measures, Capitalnews, a public WeChat account affiliated to the Beijing Daily reported on Wednesday.

As of 11 am on Tuesday, 34 close contacts had been identified, of whom 17 local contacts had all been quarantined, with all nucleic acid testing results coming back negative. Another 17 close contacts are in other locations, and the local government has sent letters of assistance there.

The four communities related to the confirmed case and his close contacts are now under closed management and centralized quarantine, and 10 sampling points have been set up to conduct nucleic acid testing for all residents. As of 3:30 pm on Tuesday, 3,910 nucleic acid samples had been collected and sent for examination.

Nucleic acid tests have been carried out at the local People's Hospital on 2,717 medical staff, inpatients and caregivers on Tuesday night, and the samples have been sent for examination.