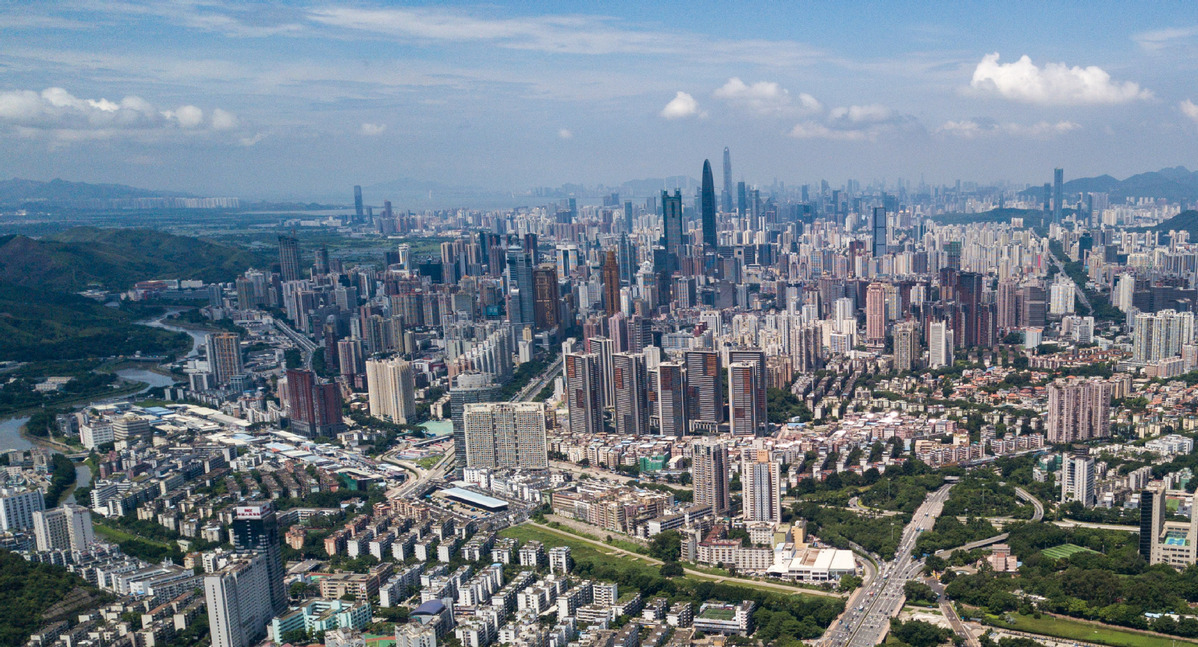 A view of the downtown area in Shenzhen, South China's Guangdong province, on Aug 13, 2018. (Photo: Xinhua)

Tuesday marked the first anniversary of Shenzhen being tasked as a pilot demonstration zone for socialism with Chinese characteristics. The year saw the special economic zone in Guangdong province, a key experimental area for the country's reform and opening-up, prove again its potential as a trailblazer in the great cause of national rejuvenation.

A guideline issued on Aug 18, 2019 by the Communist Party of China Central Committee and the State Council said the southern city was supported by the central authorities in building the pilot demonstration zone.

"It is necessary to promote the construction of the demonstration zone through reform and opening up, which will accelerate the formation of a new pattern of comprehensively deepening reform and expanding opening-up," said Wang Weizhong, Shenzhen Party secretary.

As a result, a series of concrete actions have been taken to give further impetus to socialism with Chinese characteristics, which has driven the country's remarkable growth over the past 40 years and heralds the prospects of the country's future development.

"Among a series of reform measures in building the demonstration zone, one of the most distinctive is making full use of high-tech to enhance the business environment in the city," said Liu Jiachen, head of the city's government services and data management bureau.

The city has been promoting its online administrative service capabilities in recent years.

Kate Lee Hoi-wu, a Hong Kong teahouse owner, who started business in Shenzhen in June, said, "We submitted application material in the morning and obtained the business license and official seal in the afternoon. It was my first time to start a business on the mainland, and it was greatly facilitated by the government."

To attract global investment, Shenzhen set aside 30 square kilometers of industrial land in December, which is a rare occurrence in a city where land is so valuable.

The new industrial land can provide a strong impetus for a new round of industrial transformation, said Huang Wenkai, vice-president of KPMG China.

Around 2,000 foreign-invested enterprises were established in Shenzhen in the first half of this year, with foreign investment in the city exceeding $4 billion during that period, an increase of 5 percent year-on-year.

As an innovation hub, Shenzhen has invested 4.2 percent of its GDP in research and development, ranking first among all cities in the country for 16 consecutive years.

Notably, construction of a new science and technology industrial park started in March, which aims to become a world leader in synthetic biology, brain analysis and simulation.

Also, to strike a balance between development and conservation, the government endeavors to establish a green and low carbon environment for residents in the city. Many newcomers feel that the city is like a park itself, where the forest coverage rate has reached 41.2 percent, nearly twice the national average.

Currently, Shenzhen is speeding up its efforts to build a waste-free city.

By 2020, the utilization rate of domestic waste classification and recycling will reach 35 percent, said Yin Jie, deputy director of the city's ecology and environment bureau.