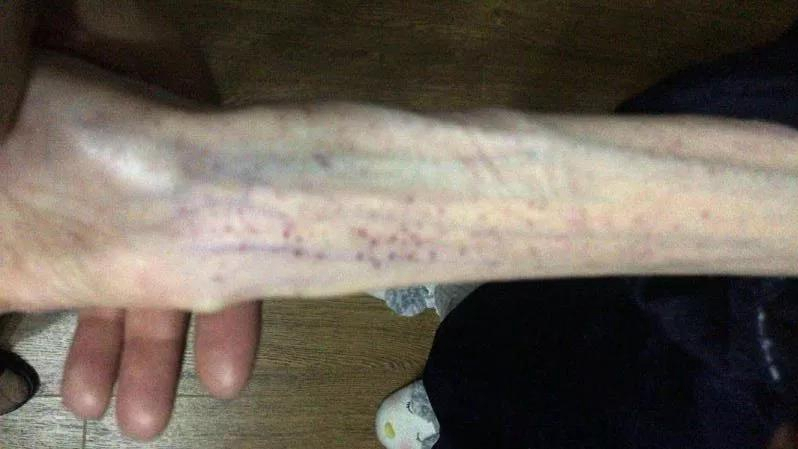 An anorexic college student named Xiaoqian who went into a coma for almost two months after surgery dramatically woke up on August 20, but doctors say she can't remember anything from the past three years, according to China's Modern Evening Times newspaper. It is a miracle that she is even still alive, doctors went on to say, however, the 21-year-old's brain is now as fragile as that of someone elderly.

When she was sent to the hospital in northeast China’s Heilongjiang province in May she was suffering from severe brain and skin issues and weighed only 25 kilograms (55pounds).

It is believed that Xiaoqian began trying to starve herself to death during her freshman year of university, three years ago.

Ever since she was a child, she had been concerned about her weight, and it is believed that this stems from the way her mother treated her. But when she entered college as an art student, rather than becoming more confident, she became increasingly sensitive to issues surrounding her weight.

She thought it was embarrassing to be 55 kilograms (121 pounds) and 1.67 meters (5.5 feet) tall, so she began isolating herself from her peers and classmates, and her eating disorder deteriorated even further when a member of the faculty told her she seemed to have gained some weight.

This is believed to be the incident that made Xiaoqian start eating only one small meal a day, but this wasn't enough for her, and she either followed this with an intense period of exercise or, worse still, purged the food from her body – typically in the form of self-induced vomiting - in order to keep her calorie intake as low as possible.

Over the three years when she was at the college, Xiaoqian lost 30 kilograms. Not only had she gone from being a normal, healthy weight to being skeletally thin but she was also so weak that she could barely walk, and the lack of nutrition had caused erythema and bruising all over her body.

Since she was too weak to go to the hospital, her mother took photos to the doctors instead.

“It was totally astonishing,” said Xiaoqian’s doctor, surnamed Yan. “I was shocked. Judging by the photos, I thought the girl must have a severe blood disease.”

The doctor urged Xiaoqian's mother to bring her daughter to the hospital immediately and she was finally hospitalized on May 17. Dr. Yan's opening diagnosis was that of severe anorexia, malnutrition, and multiple organ dysfunction with a body mass index (BMI) barely half of what it should have been.

Dr. Yan later discovered that Xiaoqian kept to a strict diet of only 400 calories per day, significantly lower than the recommended calorie intake of 2,000 for a woman of her age. And yet, even when she was hospitalized, she thought she was fat and refused to eat. This profoundly negative mental state made her reluctant to accept help from the medical staff at the hospital, even though she desperately needed it.

Her situation worsened when she fell and hit her head, which caused a cerebral hemorrhage. The doctors had to conduct two surgeries to repair it. Her starvation diet had weakened the vessels in her brain, making it as delicate as that of someone in their 60s.

Xiaoqian stayed unconscious for 40 days following the operation, leading to the doctors to predict she would live the rest of her life in a vegetative state.

Xiaoqian suddenly woke up at the end of June. Upon regaining consciousness, she surprised everyone by immediately asking for food. For the first time in at least three years, she was eager to eat as much as she could.

While this may have initially seemed positive, it quickly became clear that she had no recollection of her time at college or her anorexic condition. According to the doctors, this amnesia may have stemmed from the brain hemorrhage.

With the help of nutritionists, Xiaoqian gained 10 kilograms in less than two months. She is in a very promising condition physically and, more importantly, her mental health has also drastically improved according to doctors at the hospital.

“I hope I can weigh 60 kilograms soon,” Xiaoqian told her doctor.