Another COVID case surfaces in Guangzhou 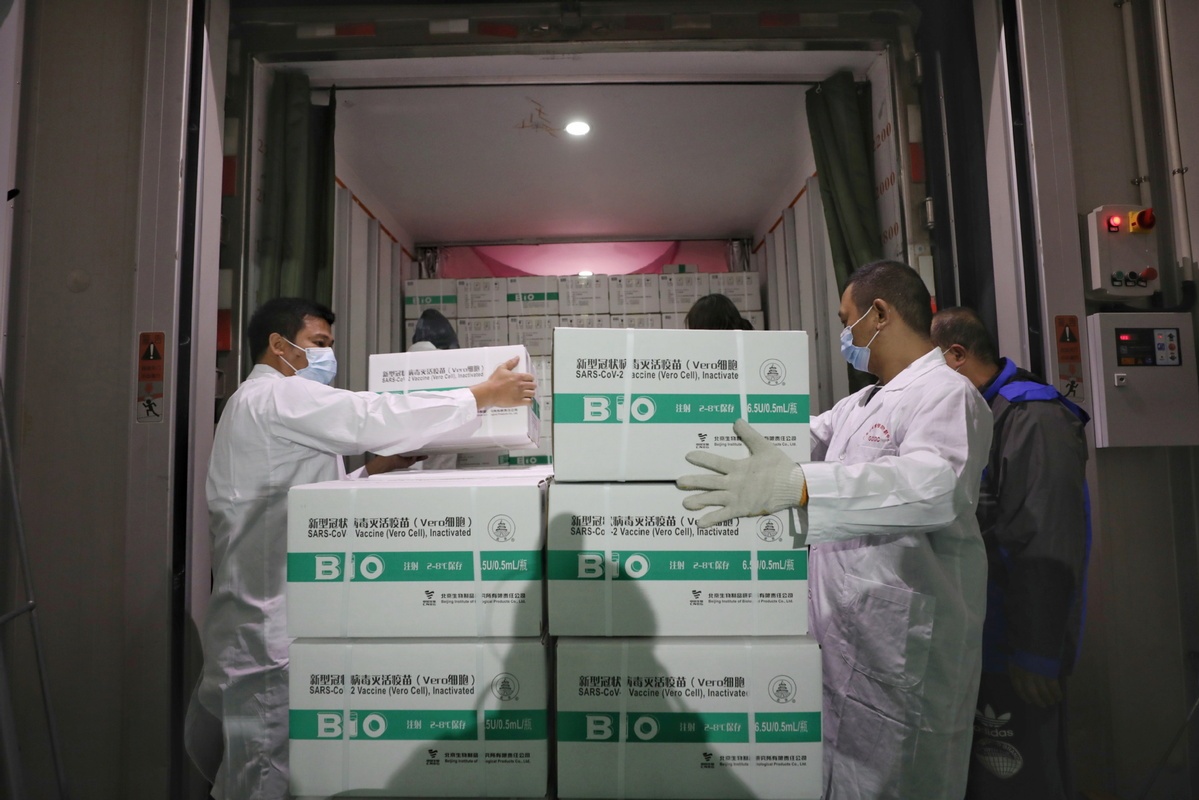 Workers transport boxes of COVID-19 vaccines from a truck to a cold storage facility of Guangdong Center for Disease Control and Prevention, in Guangzhou, Guangdong province, on April 8, 2021. (Photo: Agencies)

Guangzhou's Haizhu district reported a new confirmed case of COVID-19 on Wednesday, increasing the pressure on the city to prevent the imported coronavirus from spreading.

The latest patient, surnamed Song, 17, a local vocational school student, is the fourth to be confirmed in Guangzhou in two days.

Song went to a local clinic to seek medical help after getting a fever on Tuesday night and and was diagnosed on Wednesday morning, according to a statement released by the Haizhu district government on Wednesday.

Song has now been sent for observation and treatment to Guangzhou No 8 People's Hospital, a designated facility for COVID-19 patients in Guangzhou.

She is the niece of a previously confirmed case, a person also surnamed Song. That case was detected in Guangzhou's Liwan district on Tuesday. The latter Song had visited her home on Saturday.

Haizhu district launched an epidemiological investigation and disinfection of the public venues she had visited, the statement said.

Currently, 46 of the 50 persons who had close contact with the patient have had samples collected for testing, the statement said.

In Liwan district, the local government has ordered all residents to have a test to prevent and control the coronavirus from further spread after two more confirmed cases and an asymptomatic on were reported on Tuesday.

The two patients include Song's aunt, 74, and her 11 year-old grandson, surnamed Xu. The asymptomatic person, surnamed Lei, 38, is the aunt's daughter-in-law, according to a statement released by the district on Wednesday.