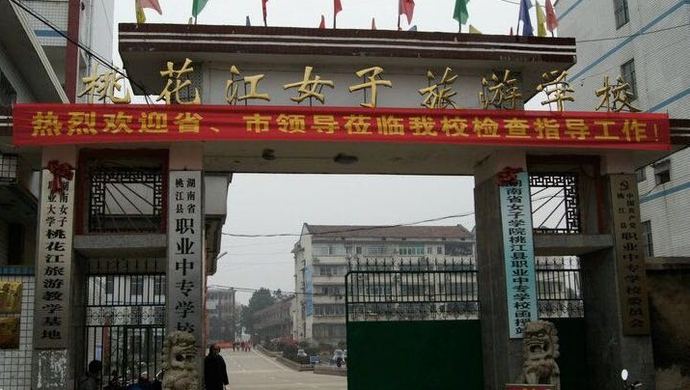 Pictured is the vocational school in Taojiang County, Hunan Province where eight TB cases were confirmed on Nov 19. （File photo）

The TB case was confirmed at a vocational school in Taojiang, making the total number of verified cases in the school reach to eight, according to a news release on the website of Hunan Provincial Health and Family Planning Commission. The first TB case in the school was diagnosed on October 12.

All the sick students have been on a leave for treatment and observation, said the news release.

According to the briefing, health commissions both in Yiyang City and Taojiang County have organized medical personnel for epidemic treatment. Under the directions of national and provincial health and family planning commissions, relevant settlement on aftermath has been rolled out in an effective manner.

It is reported that this is a second group TB breaks out in campus of Taojiang.

Based on the briefing, in August this year, a group lung tuberculosis broke out in Taojiang No. 4 Middle School. Hunan Provincial Health and Family Planning Commission verified that as of November 16, a total of 72 students have been under treatment and observation with 29 TB cases (three cured) confirmed, five suspected, another 38 under preventive medication (nine under treatment in other provinces).

Among them, 50 students who had been in good conditions have returned school, other 22 are under periodical examinations and will be back to school once attained relevant standard, Xinhua reported.