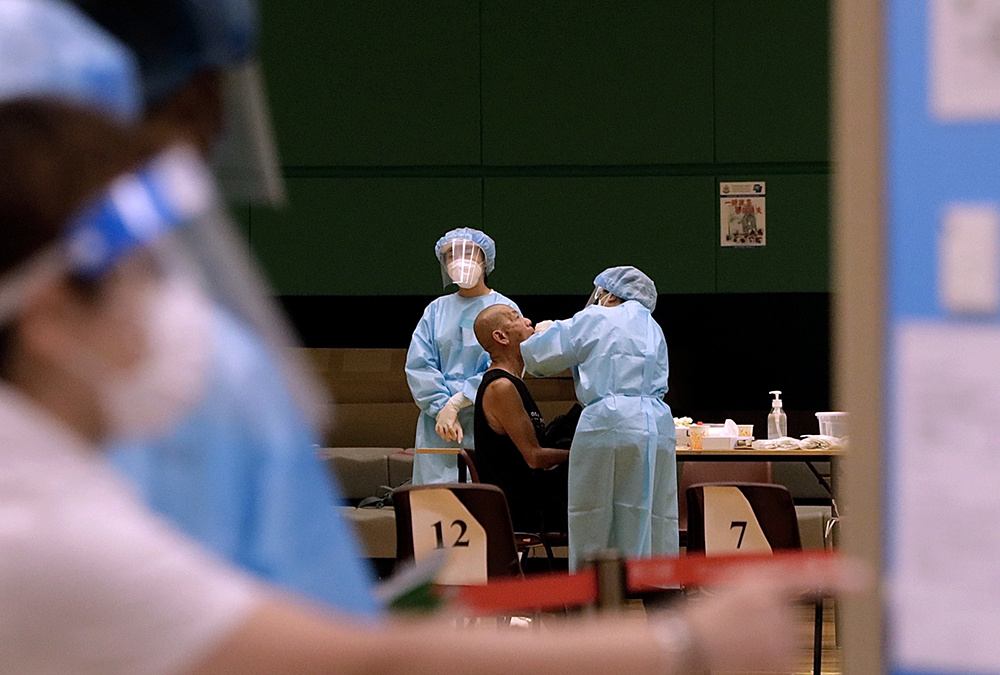 A medical worker conducts a coronavirus test in a testing center in Shatin, Hong Kong, on Tuesday. (Photo: China Daily)

HONG KONG - Another 117 members of the mainland nucleic acid testing team arrived in Hong Kong Thursday for the Universal Community Testing Program (UCTP) that started on Sept 1, bringing the total number of the team members to 427.

Among them, 207 are from Guangdong Province, 109 from Guangxi Zhuang Autonomous Region, 110 from Fujian Province and there is also a team leader.

Amid a resurgence of the novel coronavirus, the Hong Kong Special Administrative Region (HKSAR) government has sought assistance from the central government to launch a universal screening for the virus.

Sophia Chan, secretary for food and health of the HKSAR government, expressed gratitude once again to the support and assistance from the central government at the welcome ceremony.

She said about 820,000 residents had registered for the universal community testing program as of 8 am Thursday, adding that with the support from the mainland testing team, silent carriers will be identified more quickly.

He Jing, deputy director of the Liaison Office of the Central People's Government in the HKSAR, said the central government has attached great importance to Hong Kong since the third wave of the epidemic, and swiftly sent a testing team to assist COVID-19 fight.

He said the testing work has been going smoothly and efficiently, which will hopefully help the HKSAR government to break the transmission chain as far as possible.