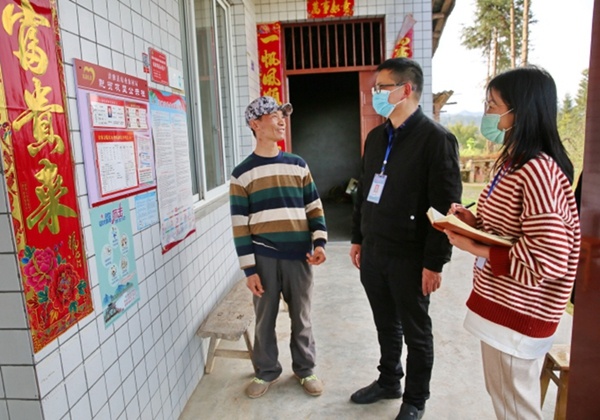 At the age of 75 and having retired years ago, Wang Zhenlin, former head of the coalfield geology bureau of Inner Mongolia Autonomous Region, north China, thought he had safely put his past behind him. But in January, the long arm of the law caught him finally when an investigation for corruption found him guilty of taking bribe and other serious violations of the law.

Wang became the oldest official to be brought to justice during the anti-graft campaign in the coal sector of Inner Mongolia, one of the country's largest coal-producing regions. The retrospective investigations into coal-related corruption in the region in the past two decades unearthed nearly 600 cases till 2020, resulting in punitive action against over 850 people.

Scores of retired officials like Wang were found guilty of taking advantage of their position when they were in office to provide undue favors in exchange for huge sums of money and expensive gifts.

Similar campaigns have been going on in other parts of the country. They got a boost in January when the Central Commission for Discipline Inspection (CCDI) of the Communist Party of China (CPC), the top disciplinary body, adopted a communiqué pledging to push forward the fight against corruption to ensure the targets and tasks set for the 14th Five-Year Plan (2021-25) period are thoroughly implemented.

In the first 11 months of 2020, over 1,200 fugitives were brought back from overseas and 2.45 billion yuan ($378 million) of misappropriated money retrieved, according to CCDI statistics. In addition, 18 central government officials were investigated and several new laws and regulations on supervision, such as the law on administrative discipline for government employees, came into effect.

For example, the various agencies investigating wrongdoings at the Industrial and Commercial Bank of China (ICBC) filed nearly 700 cases in 2020, and hundreds of people were disciplined.

"The local commission has rich experience in interviewing people and evidence collection, while the dispatched inspection team is familiar with the banking business and information analysis," Wang Lin, head of the inspection team sent to ICBC, told China Discipline Inspection and Supervision News.

The public also plays an important role as whistleblowers. In 2020, the agencies nationwide received over 3 million letters and visits by members of the public to bring acts of corruption to light.

On their websites, the agencies highlighted typical cases, such as officials' misuse of public funds on banquets, accepting bribes, authorizing unlawful allowances or bonuses, and misuse of public vehicles.

The penalties for the officials and Party members involved in these cases range from warnings to other administrative punishments including removal from office.

The public has been lauding the crackdown. "Whenever I hear such news, I feel the Party and the government are doing a solid job in protecting the interests of ordinary people like me," Sun Ping, a 56-year-old retiree, told Beijing Review. The anti-corruption endeavors, she added, make her feel her rights as a taxpayer and citizen are better protected.

There is also a rising trend of corrupt officials who had fled turning themselves in. Wei Changdong, Executive Director of China Against Corruption Law Association, told China Newsweek that this demonstrates the effect of the anti-graft campaign.

At the Fifth Plenary Session of the 19th CCDI in Beijing in January, where the communiqué was adopted, President Xi Jinping, who is also general secretary of the CPC Central Committee, said, "Corruption, the biggest risk to the Party's governance, still exists." He also said old and new types of corruption have become intertwined, making corruption increasingly covert and complex.

This year marks the CPC's centenary anniversary. Xi said that the CPC, as a major party with a 100-year history, must ceaselessly move forward promoting clean governance and battling corruption to preserve the Party's advanced nature, purity and vitality.

In 2021, efforts should be made to ensure that officials don't dare to, are unable to and have no desire to commit acts of corruption, and to deepen the reform of discipline inspection and supervision systems, according to the communiqué.

Officials should conduct strict self-supervision and self-discipline. They must repudiate the idea that their positions come with prerogatives and privileges. They should also teach their family members not to abuse power for personal gain.

It is essential to build an anti-graft team that is loyal, clean, professional and with a strong sense of political integrity and responsibility.

"Corruption and misconduct that occur on people's doorsteps must be addressed in order to promote social fairness and justice as well as safeguard their legitimate rights and interests," the communiqué says.