CHINA Anti-dumping length for Australian wine may be extended to 9 months: Ministry

Anti-dumping length for Australian wine may be extended to 9 months: Ministry 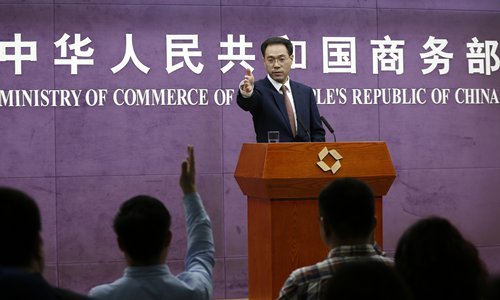 The length of China's anti-dumping period for Australian wine may be extended to nine months under special circumstances, China's Ministry of Commerce (MOFCOM) said on Thursday.

Chinese authorities will continue to investigate the prevalence of Australian dumping in accordance with legal procedures and make a final ruling based on findings to determine the final anti-dumping measures, Gao said.

China announced on November 27 its plan to impose provisional anti-dumping measures, in the form of deposits, on wine imported from Australia following an application from domestic Chinese producers.

Based on a preliminary ruling issued by MOFCOM, significant wine dumping had occurred and those imports had caused substantial damage to Chinese producers. The recent decision came after an investigation which started from August 18.

China is Australia's No.1 wine-export market by value. China imported AU$3 billion ($2.2 billion) worth of Australian wine over the first three quarters of this year, up 4 percent year-on-year, media reported.

All interested parties, including Australia, are welcome to participate in subsequent investigations related to any ongoing case, in accordance with the law, Gao said.

Apart from wine, China has also been probing into Australian barley over recent months.

The move was the only trade remedy investigation against Australia since the establishment of the diplomatic ties with the country, Chinese Commerce Minister Zhong Shan said on May 25.

"The investigation and adjudication on Australian imported barley are all in accordance with relevant Chinese laws," Gao said.

The anti-dumping and anti-subsidy filings, investigations and judgement against Australian barley were initiated by the Ministry in accordance with Chinese laws after receiving applications from local Chinese producers.

"During the investigation, agencies and officials work to fully protects the rights of all parties, gather evidence from all sides, and provide ample opportunity for all effected groups to participate in the investigation. Conclusions are drawn objectively, fairly and impartially," said the spokesperson.