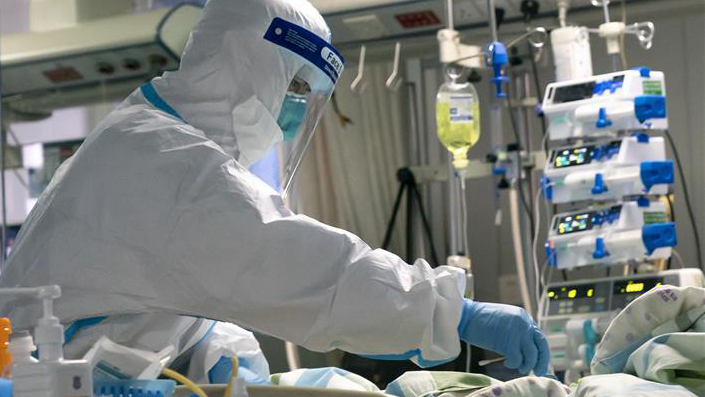 Researchers from the Wuhan Institute of Virology under the Chinese Academy of Sciences and the Beijing Institute of Pharmacology and Toxicology reported in the journal Cell Research that they evaluated the antiviral efficiency of seven drugs in vitro.

Chloroquine, a widely used anti-malaria and autoimmune disease drug, has been known to block virus infections by changing the acidity and basicity value inside the cell and interfering receptors of SARS coronavirus.

In the latest study, chloroquine shows an antiviral effect at both the entry and post-entry stages of the novel coronavirus infection in Vero E6 cells. Vero E6 cells, derived from the kidney of an African green monkey, are one of the commonly used mammalian cell lines in microbiology and molecular and cell biology research.

Chloroquine also shows immune-modulating activity in the study, which may enhance its antiviral effect in vivo.

Meanwhile, chloroquine is widely distributed in the whole body, including the lungs, after oral administration, the researchers noted.

They said chloroquine is a cheap and safe drug that has been used for more than 70 years and it is potentially clinically applicable against the novel coronavirus.

Chloroquine and some other antiviral drugs, as well as some traditional Chinese medicines that contain active antiviral ingredients, have been selected as drug candidates for further animal experiments and clinical trials.