CHINA Any attempt to smear China doomed to fail: spokesperson

Any attempt to smear China doomed to fail: spokesperson

BEIJING, Oct. 31 (Xinhua) - A foreign ministry spokesperson on Thursday said that any attempt to smear China or obstruct China's stability and development is futile and doomed to fail. 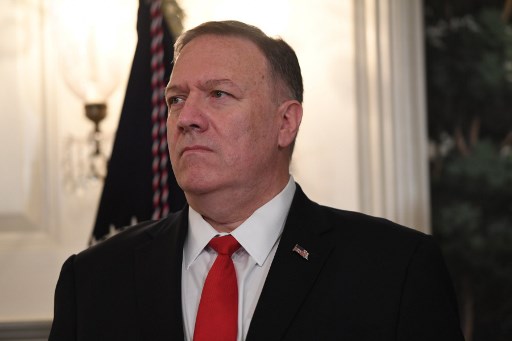 Spokesperson Geng Shuang made the comments in response to a question concerning US Secretary of State Mike Pompeo's speech at the Hudson Institute in New York Wednesday.

"We urge the US official to reflect on and correct his mistakes, and stop undermining bilateral ties through remarks or deeds," Geng said at a press briefing.

Pompeo's remarks viciously attacked the Communist Party of China (CPC) and the Chinese government, sowed discord between the CPC and the Chinese people, and deliberately distorted and smeared China's domestic and foreign policies. This fully reveals some US politicians' deep-rooted political bias and hideous anti-Communist mindset, he said, adding that such comments did not demonstrate confidence or strength, but simply exposed arrogance and fear.

China has made remarkable achievements under the strong leadership of the CPC since the founding of the People's Republic of China 70 years ago. Chinese people will continue unswervingly down the path of socialism with Chinese characteristics and constantly make new achievements, Geng said.

Only through cooperation between China and the United States can a win-win situation be attained, and confrontation will only lead to a lose-lose scenario, according to Geng.

He called on the United States to work with China to manage differences based on mutual respect, expand win-win cooperation and advance the China-US relationship featuring coordination, cooperation and stability, based on the principles and directions set by the two heads of state.